Finally tested out my new ESG3 and I seem to be having a sync issue.

Only tested NTSC thus far, but it doesn’t seem to work either generating its own sync nor taking sync from Visual Cortex. In both cases, I just get an erratically scrolling image via either YPbPr and/or composite outputs.

Some photos of connections and output (when trying to sync to Visual Cortex) below. Video output is fine through the VC, but f’ed up via ESG3. Am I doing something stupid or is there an issue with my ESG3?

I can also add that FKG3 seemed to sync to my VC just fine. 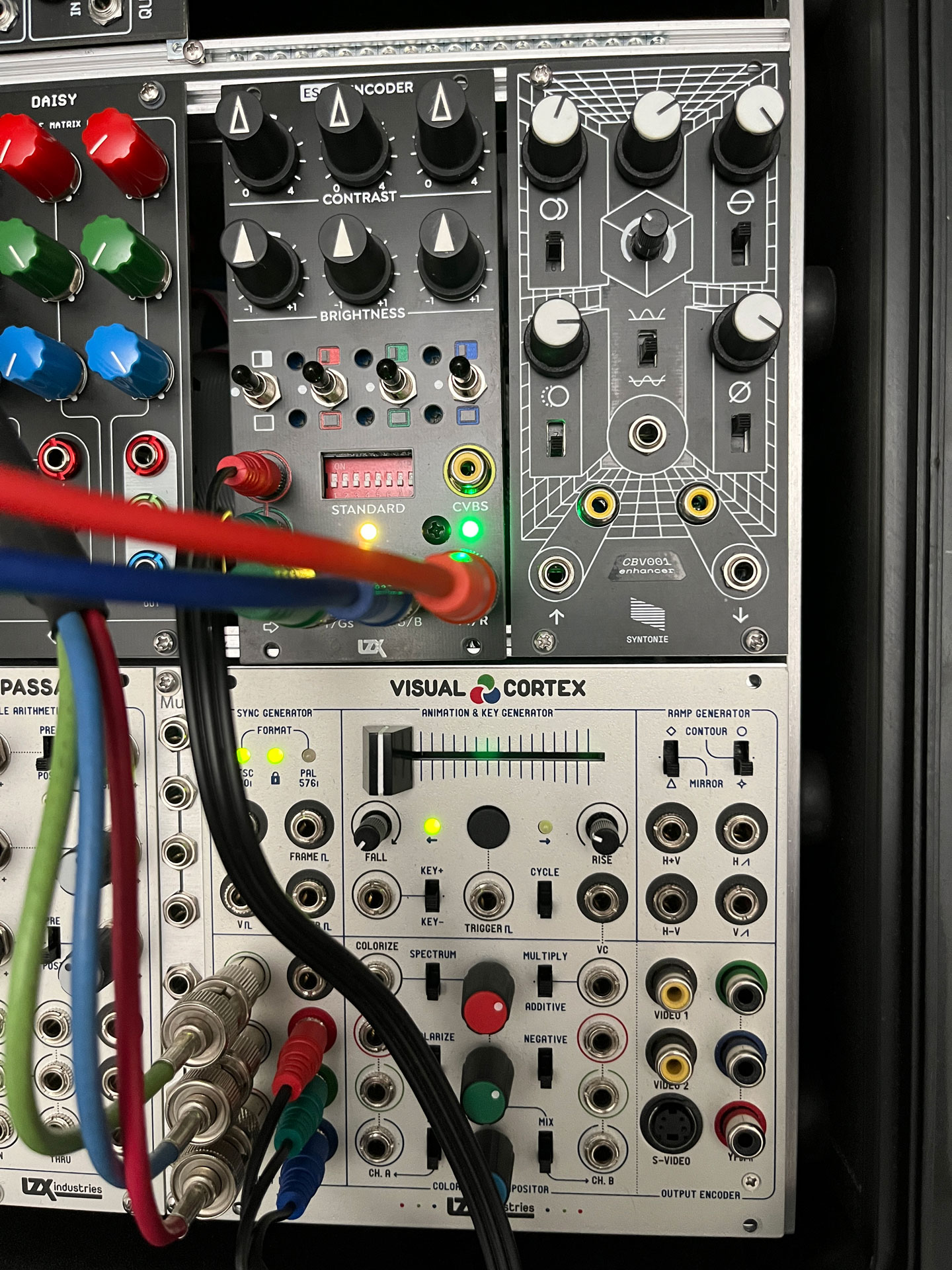 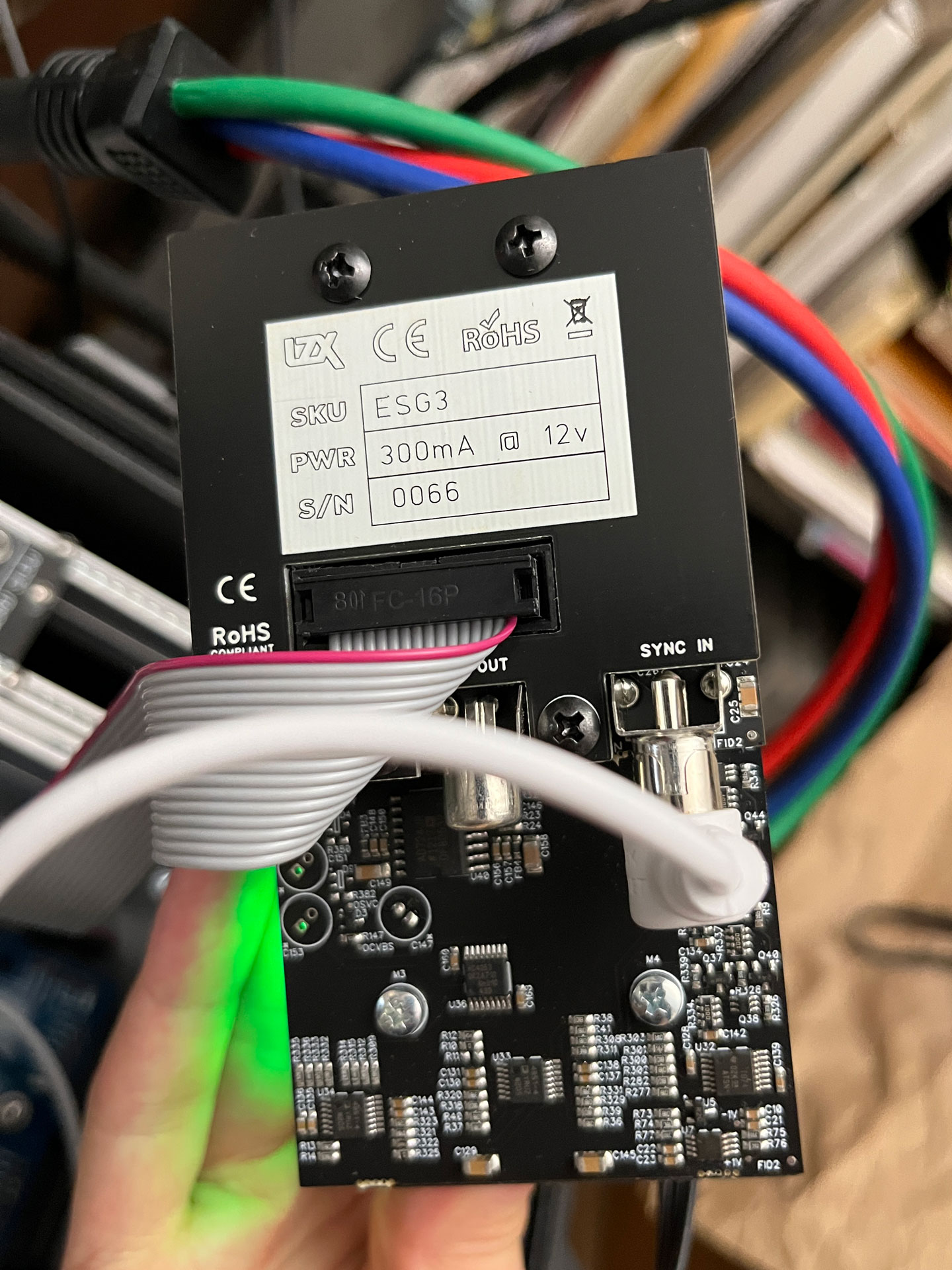 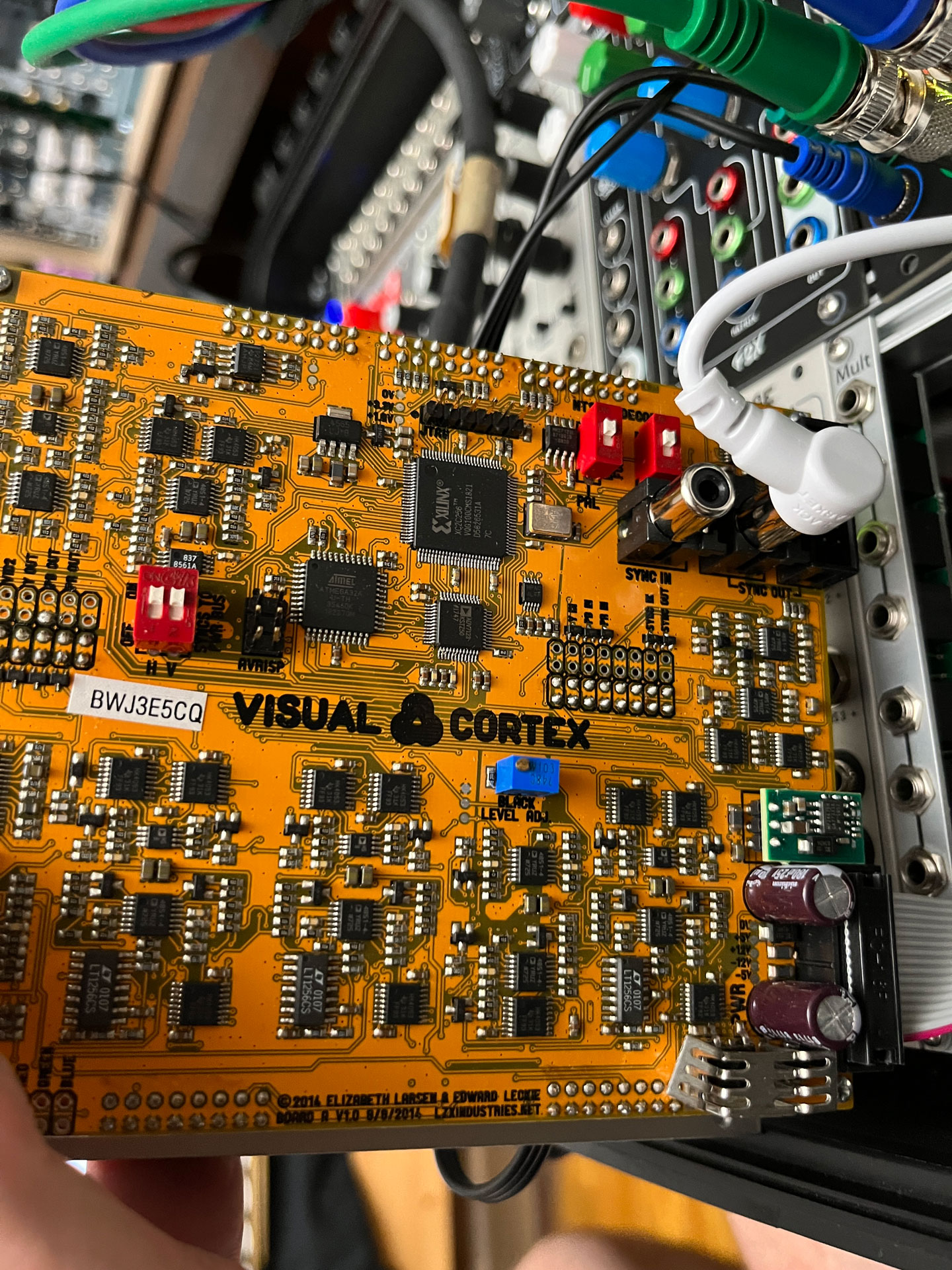 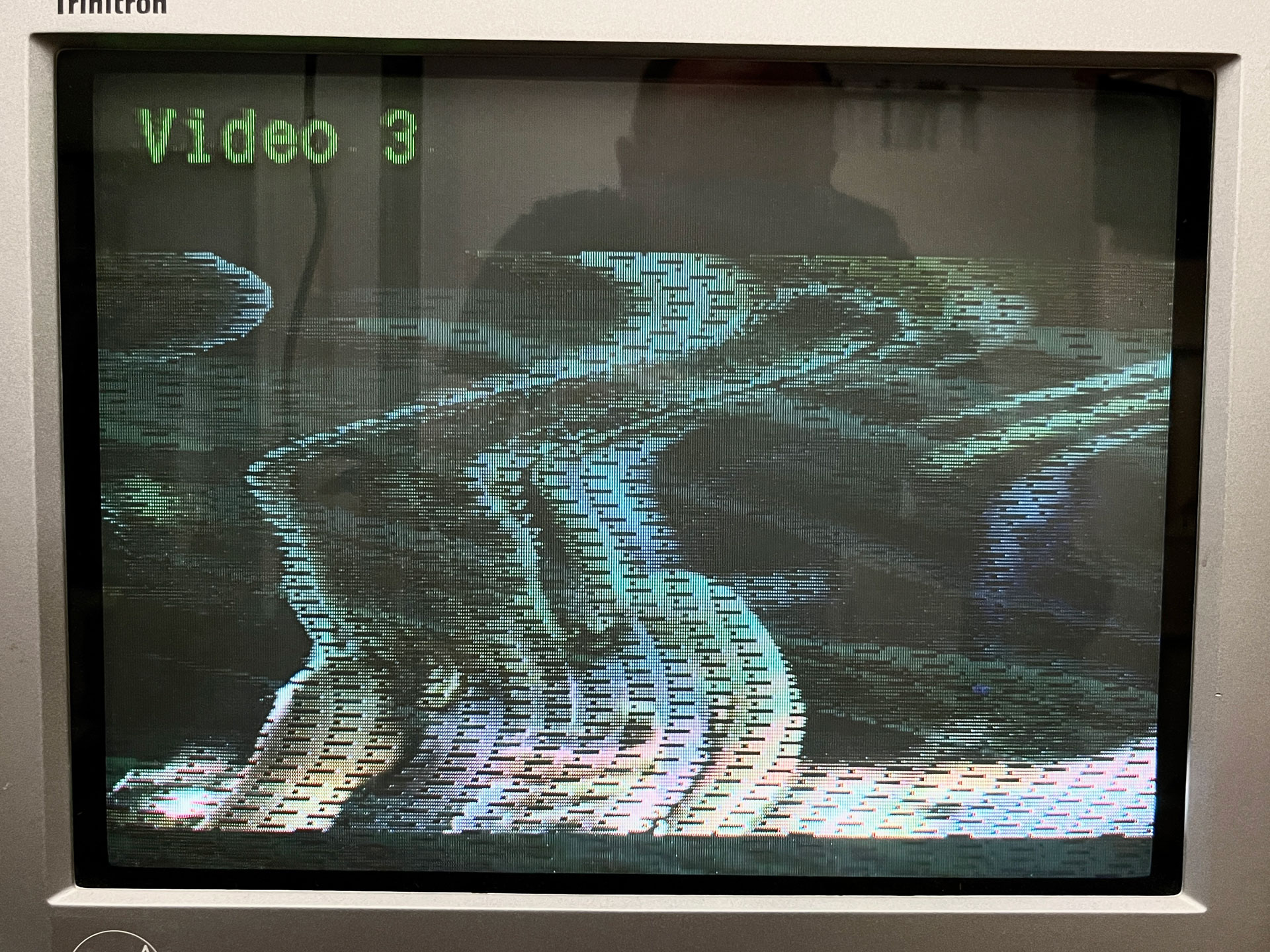 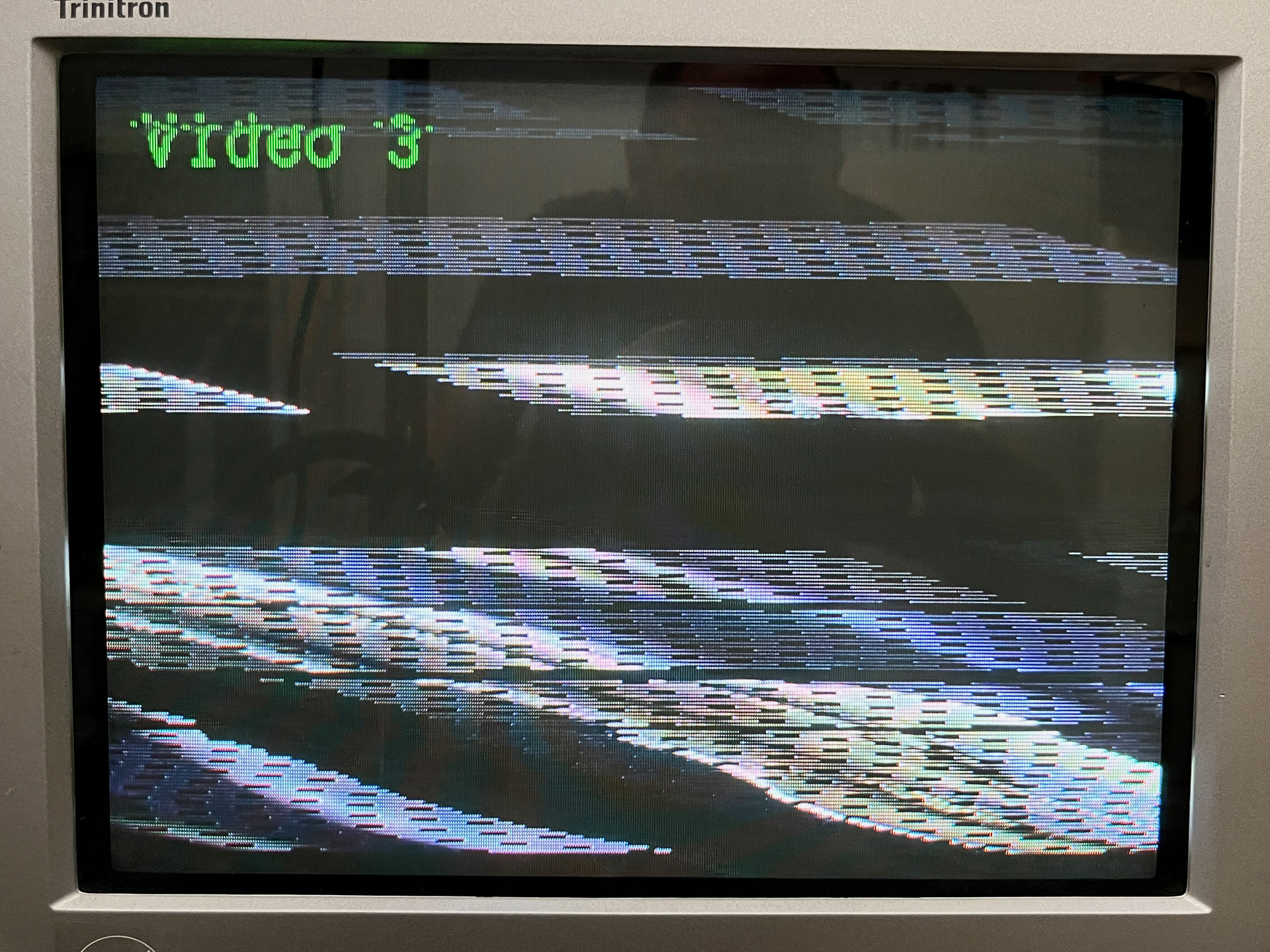 You may have tried some/all of this already, but in case not:

I would test it first without connecting it to any other modules, no sync connection and no front connections. Just composite output to the tv, and then in a separate test just YPbPr to the tv. Make sure you have the dip switches set correctly for the output and format you want. In either of these states (only composite output or only component output), you should get a black output image if you have all the knobs and switches (normal switches, not DIP switches) set to their middle positions. If that works, test further by flipping the normal switches one by one up – when you do that, the module should output the respective color. If this works, that means the module is generating sync correctly (internally at least), and at least partially working.

If that did work when not connected to any other modules, the next step is to try it connected to another module. I’d first try to put something into one of the R, G, or B input jacks on the ESG3, when it’s hooked up in the way that was working before, just to see if that part of it’s working ok. Then I’d move on to trying to sync it to you Cortex, and trying to sync the Cortex with it, which you likely already tried, but you might have better luck now if you successfully got it working on it’s own before (maybe you were missing something before for some reason).

LZX Support will probably be able to step you through some more pointed testing too.

You can tell that it’s not genlocking correctly because the LED below the format selection DIP switches is yellow.

It will immediately turn green when a video signal running at the same timing format as ESG3 is plugged into the rear Sync In.

Building on that, I should add that the light under STANDARD is yellow for me when I’m using my ESG3 as the sync generator without any sync input. So during the tests I described where it’s not hooked up to anything, I think it’s normal to be yellow in that case. (Edit: Just checked the docs and that light is green if sync is detected, and yellow if no sync is detected.)

Yes, I tested without inputs. Sadly, output is similar to with inputs (just without an image). 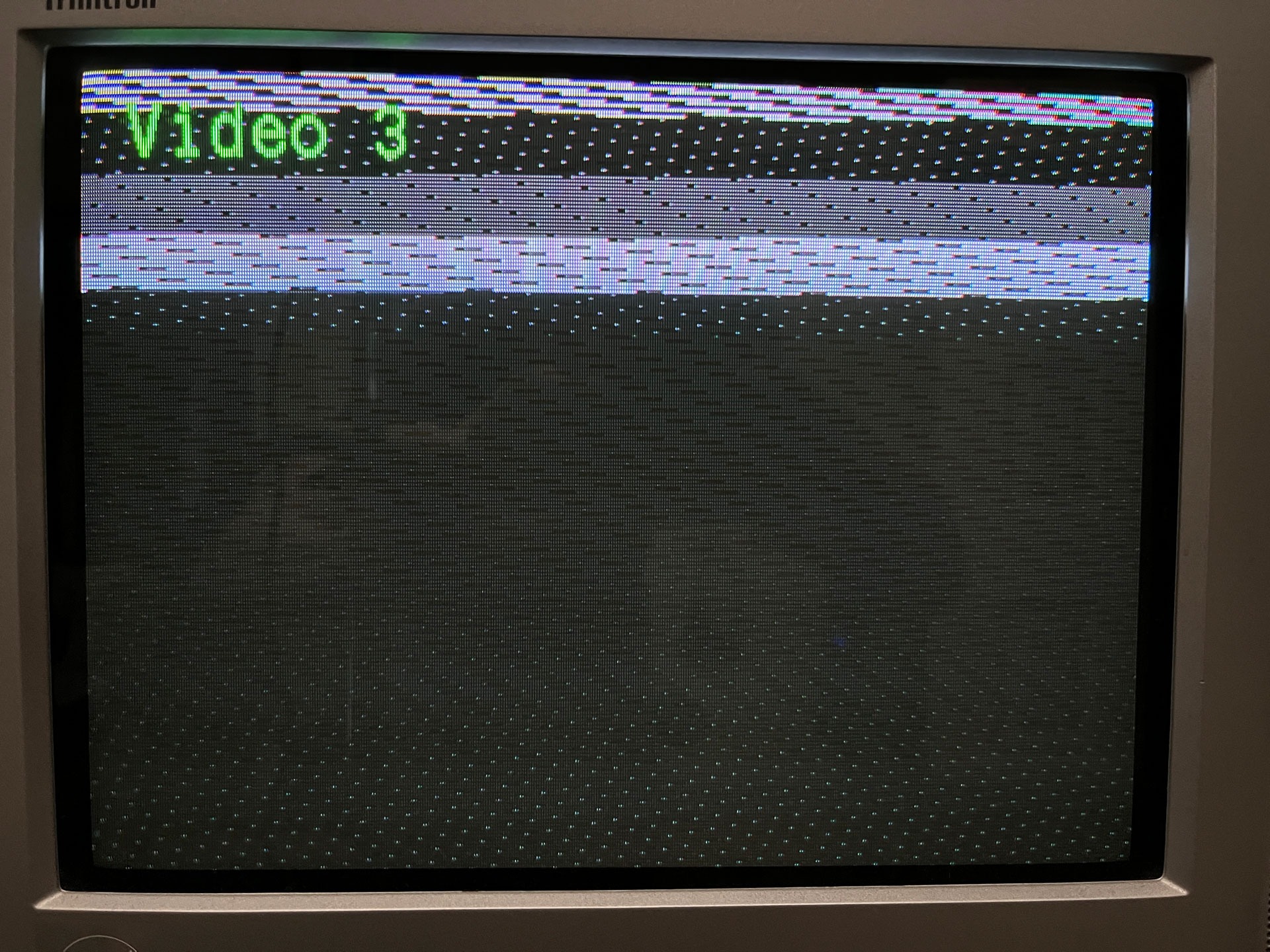 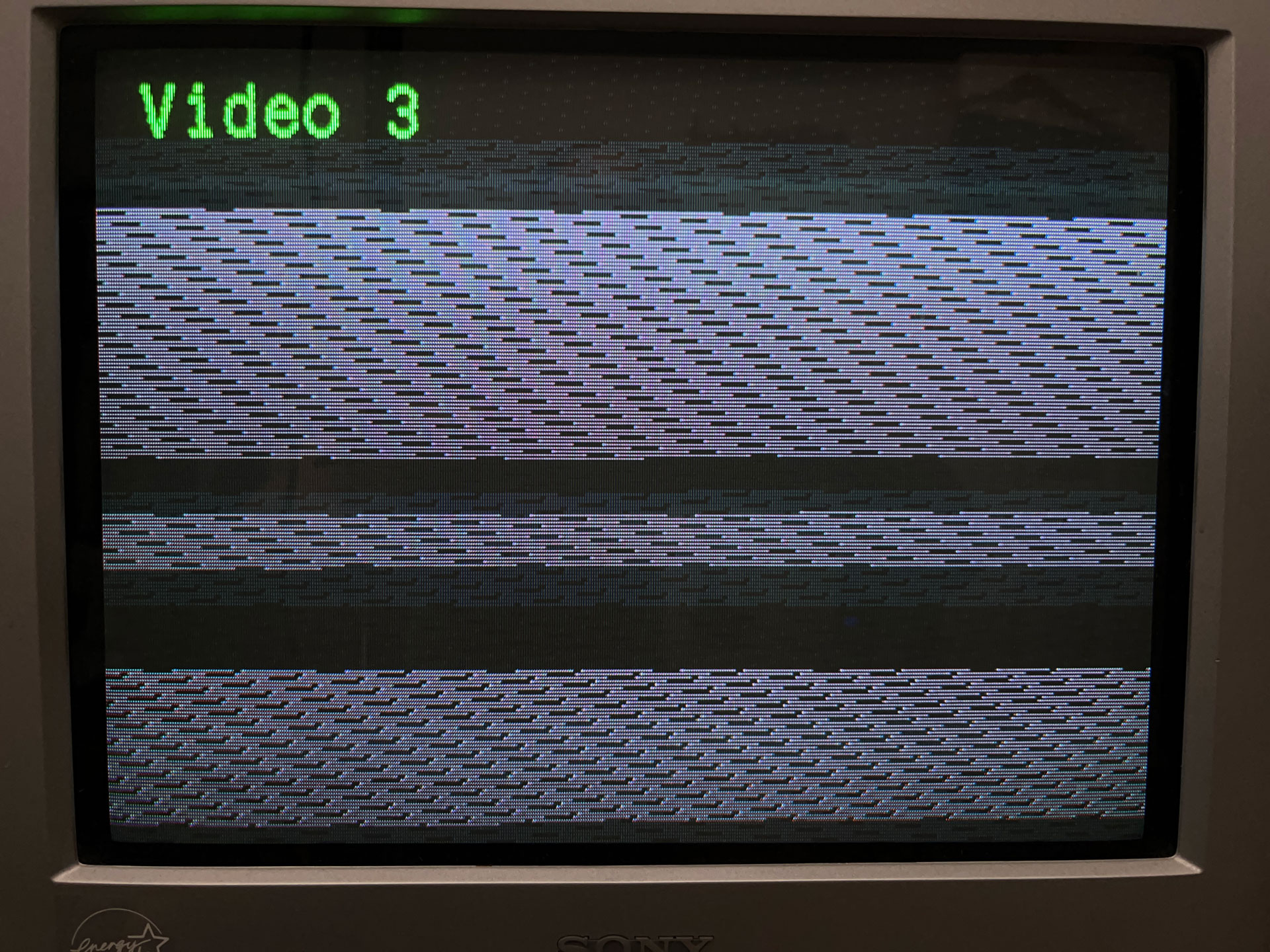 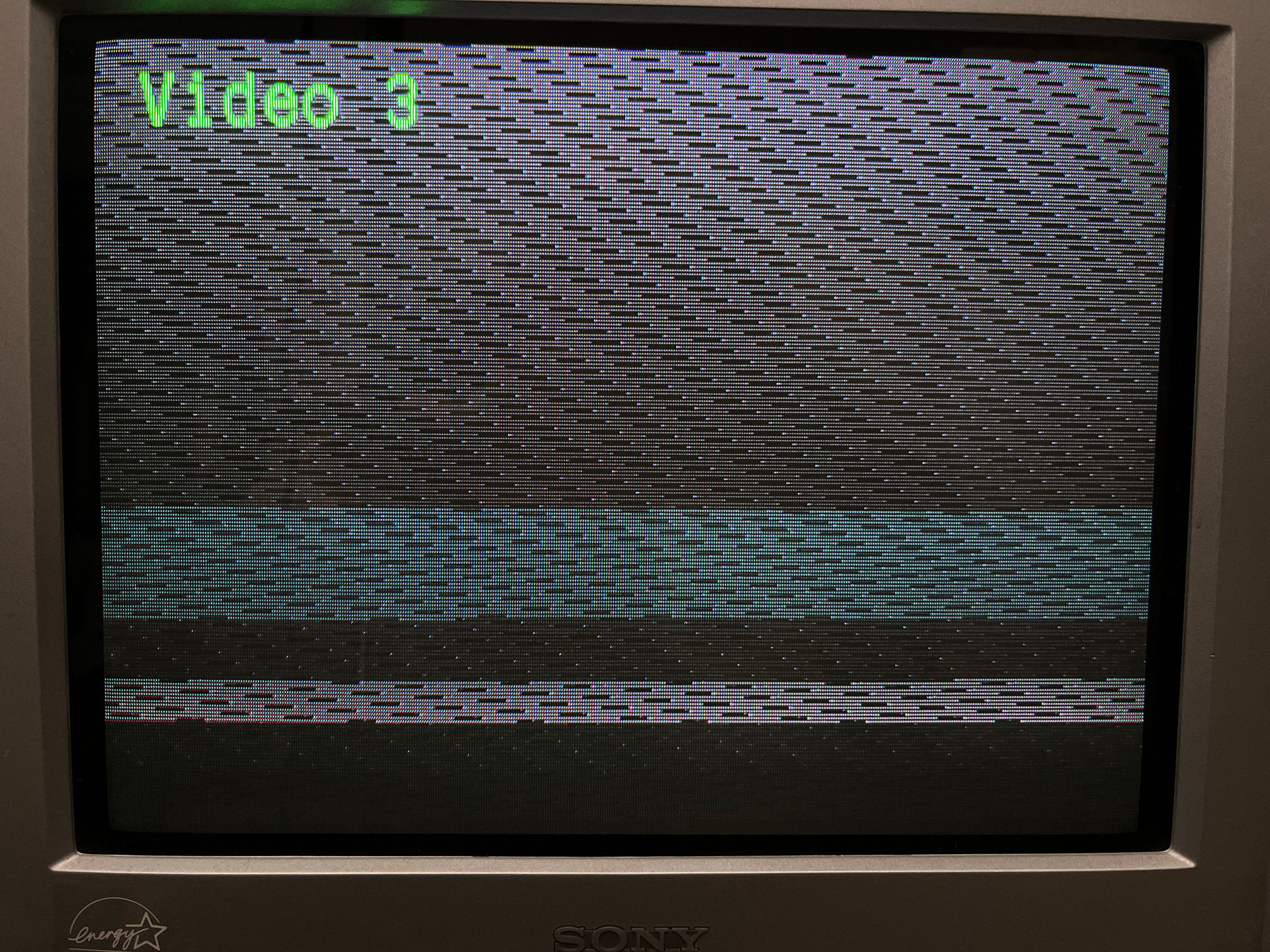 Color controls do seem to work however (this is with RED switch up; other switches and contrast/brightness pots all affect signal as expected as well). 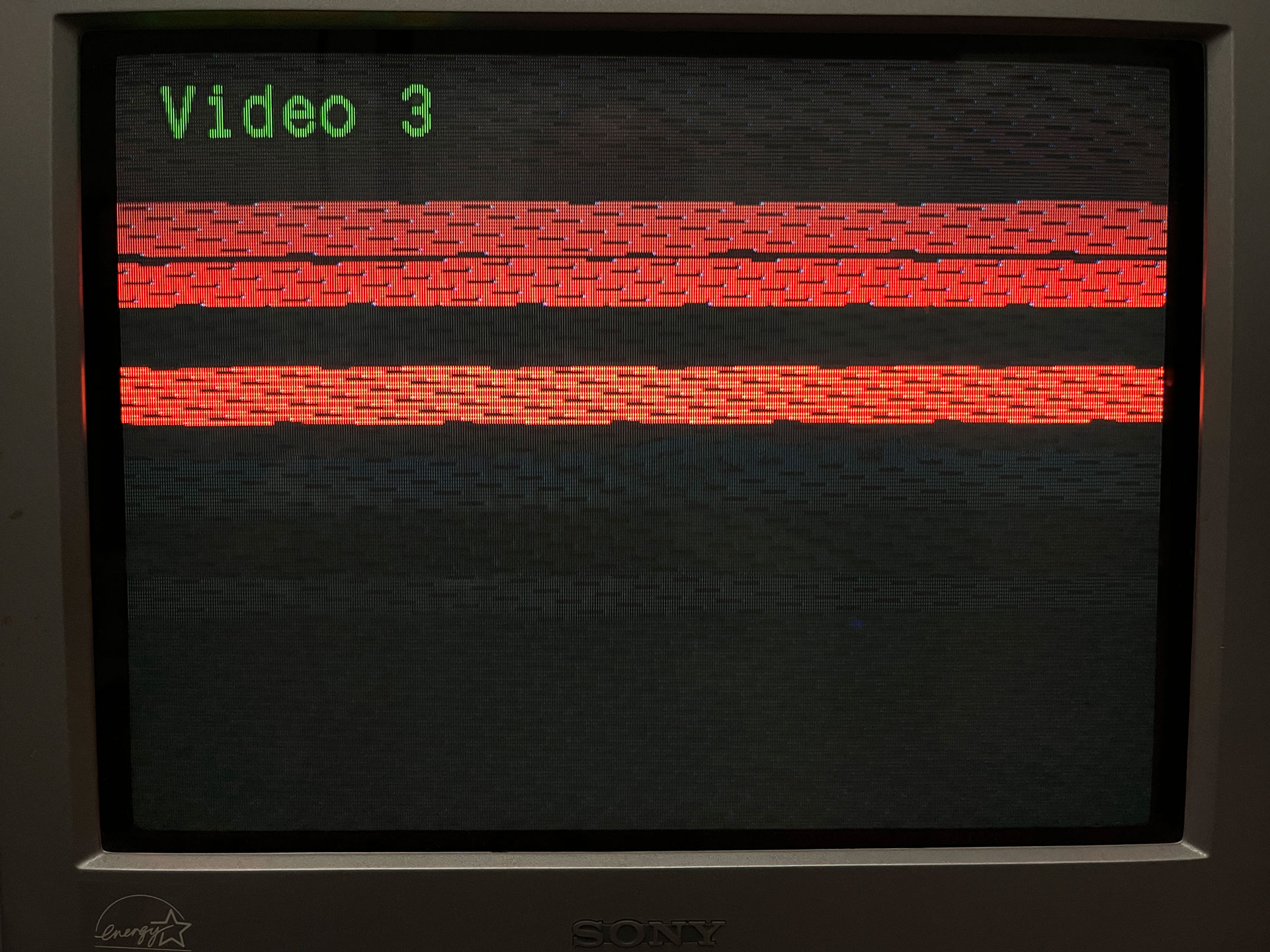 I assumed that since it was labeled as Sync Input LED in the doc, but wasn’t 100% sure TBH.

Will test HD formats next, to see if I have any more luck with those, but need to rearrange some stuff first since my current rig is set up for an SD workflow.

One last thing to try would be powering the module using the 12V barrel connection, to see if that improves things. If you see no improvement with this or any of the above suggestions, could you send an email to support@lzxindustries.net?

I am also having the same issue. It seems as though my esg can not create a stable output. I also pointed this out in the discord.

Things I have tried in HD (multiple formats on the esg front panel):
esg → bmi mini analog to sd → md-hx → atomos ninja
*When this is tried the md-hx will recognize that there is a hd signal coming into it but nothing will show up in the atomos until you go into the md hx change the “hdmi output” to “scaler” and change the “duc ref” to “free run”. Tried this both from barrel and eurorack power with things plugged into the esg and nothing plugged into the esg. everytime you do get an image in atomos it is accompanied by glitchy horizontal lines.

Thank you @joem for your suggestions, sadly none of them fixed the problem.

Thank you to all who are reaching out to support@lzxindustries.net and submitting support tickets. When sharing potential issues here on the forum or via email, could you please include photos and video, both of the patch and its output? It always helps to see what you are seeing.