Hi - I’ve been directly in touch with support, also having Diver sync issues. Trying to send sync from MP in every possible configuration still gives me the same flicker issues as above.

Hello, would you tell me what did you do then? Did you send your Diver to LZX for overhauling?

so after a small studio rearragement i can confirm that my diver also freezers with no incoming modulation. shorty after powerup i tried to switch banks and it got stuck on nr. 3. also slight flickering. all good after second power up

Hi guys,
It seems that I managed to resolve the sync issues of Diver. I use Cadet 1 for sync source. I have no idea about the other sync sources like VC, MP and so on because I don’t have any of them. However, there may be a hint for resolving the issues.
I made sync loops as below, using multiple cables.
Cadet 2 out —> Diver’s loop in
Cadet 2 out —> Cadet 1 sync in
Cadet 1 out —> Cadet 3 in
There are no longer drifting or flickering of Diver’s output. I think the feedback loops might enhanced the sync signals. Perhaps Diver needs stronger signals for sync than in usual installation, I think. 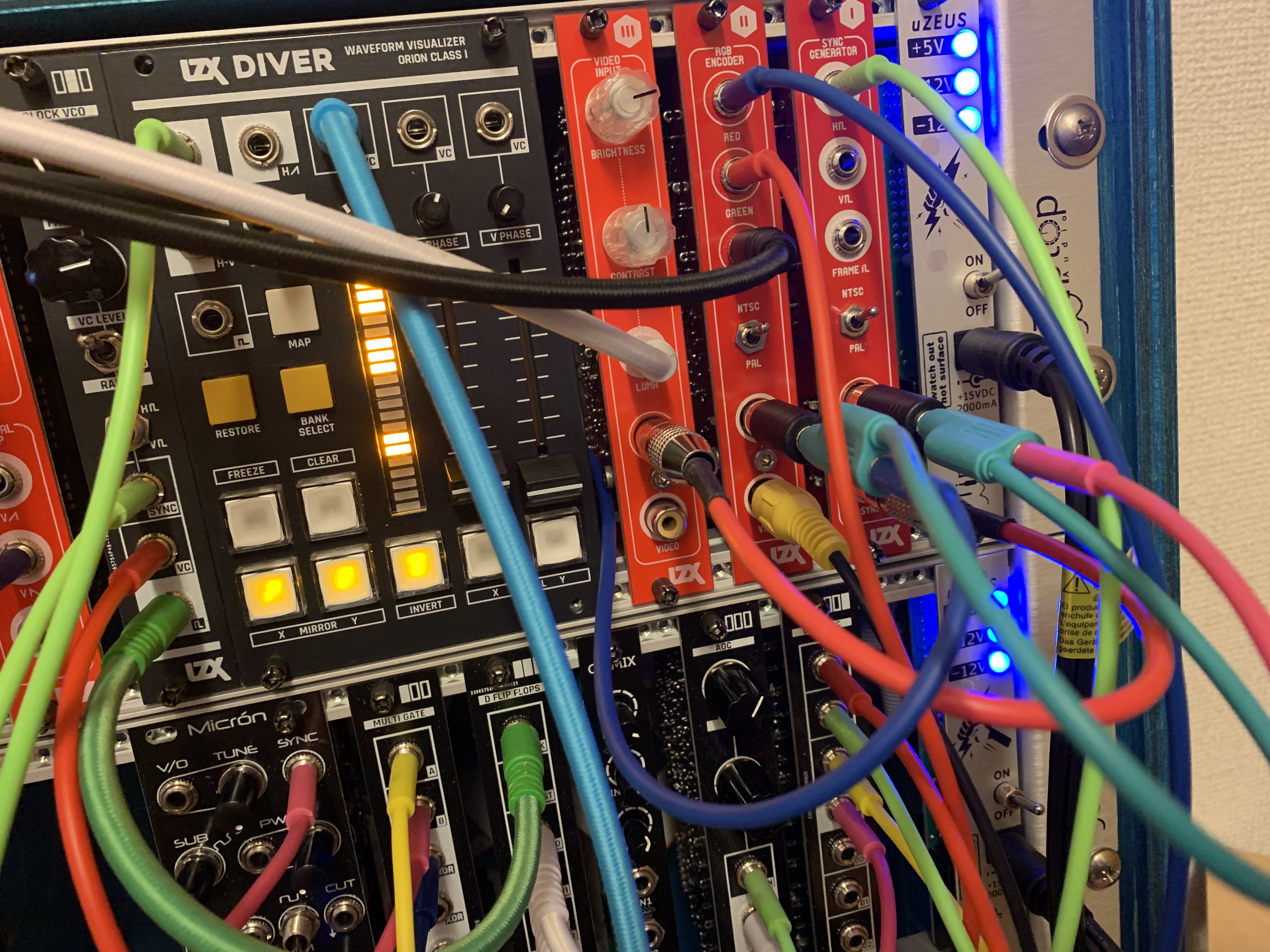 I hope this works for me! How are you inputting camera signal to Cadet III? I usually go
Camera–Cadet I in, Cadet I out–Cadet III in. I’m excited to pull Diver back out of the box, but this will complicate my signal flow quite a bit

Hi, I’ve not tried external camera input yet. So sorry I don’t know whether that works well or not with external inputs.
At least I can tell you what I’m going to do. I’ll connect my camera’s RCA composite to my Cadet 1 sync-in with a RCA-to-3.5mm socket like the picture and a stackable cable. Jammed cables may be annoying. I’ll try it ASAP and report again.
Good luck. 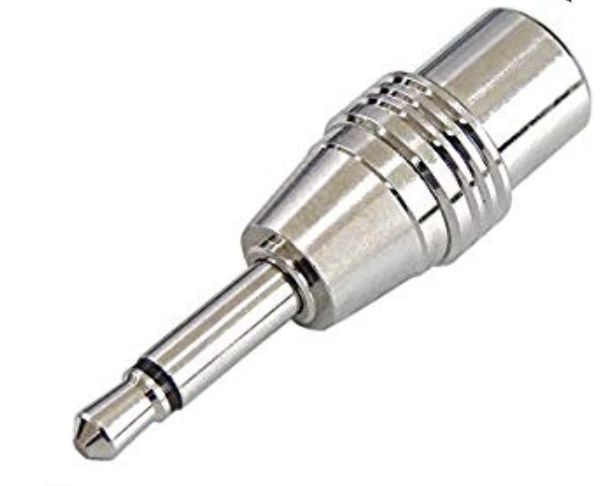 So I just tried this out, I don’t have the RCA to 3.5mm adapters, so I just used Cadet II’s other output into Cadet I sync in. The issue is still going on. Do you think that it isn’t working because I couldn’t use the same Cadet II output to Diver and Cadet I sync in? 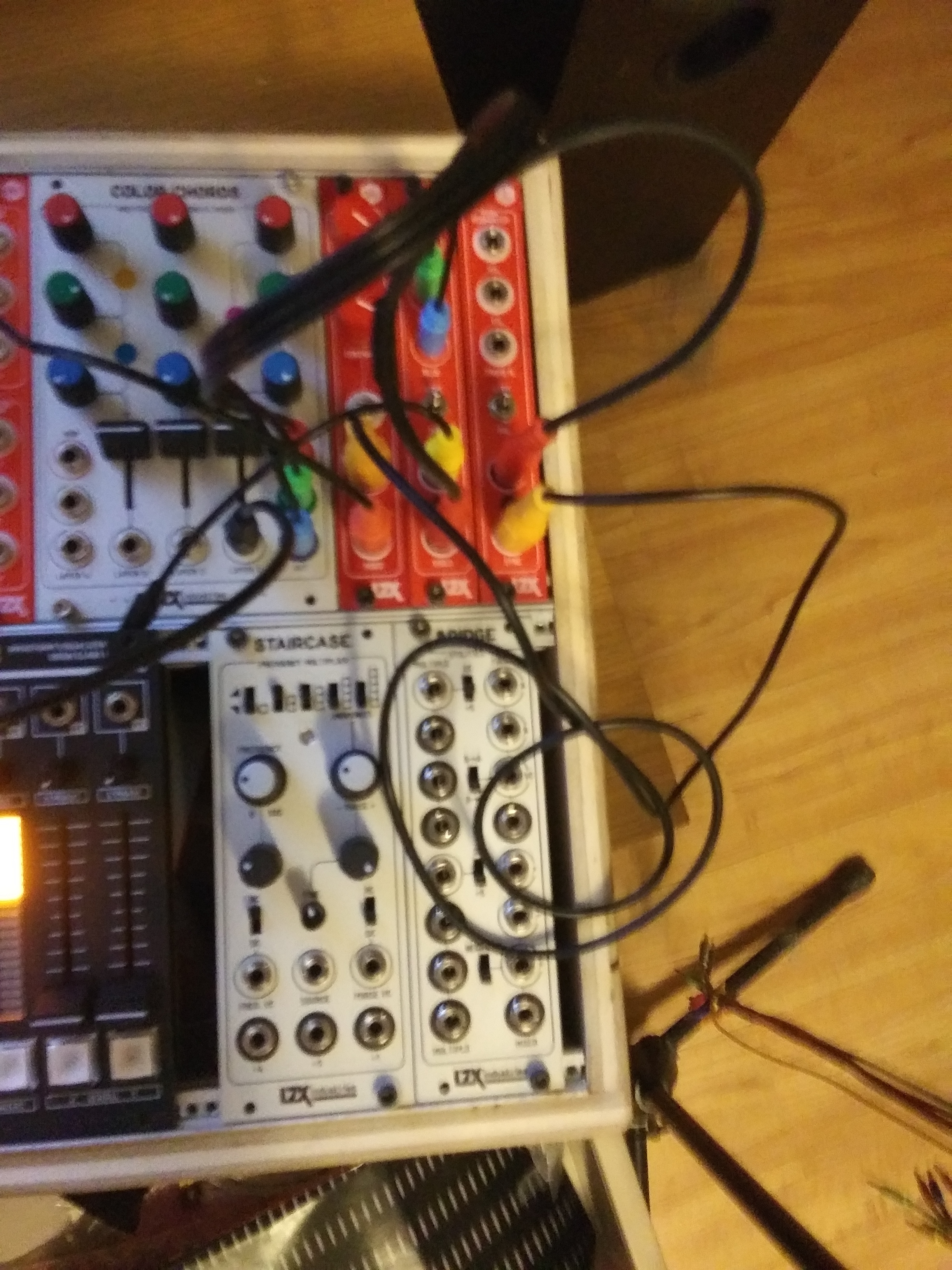 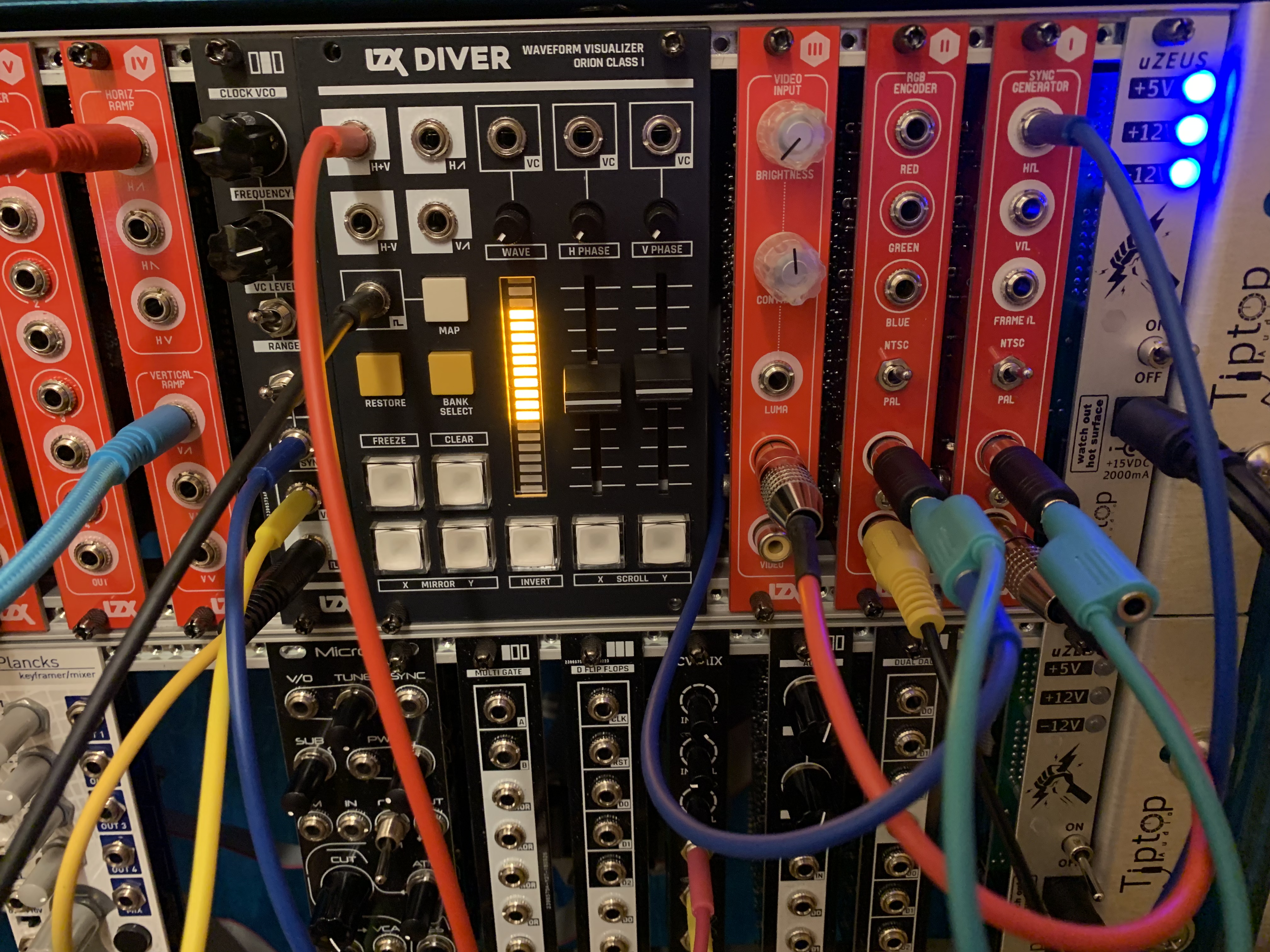 F8B9B51C-E65E-4BF1-86B1-B4DB0C78581F.jpeg4032×3024 3.08 MB
I wondered if my Diver needs a kind of ‘more’ strong or clear sync signals, so then l tried to feedback the sync to Cadet 1(from Cadet 2). There might have to be an extra sync loop including Diver in addition to the sync distribution through the 16-pin power cable (not 14-pin) that supplies sync signals from Cadet 1 to Castle series (or also to Diver). Was that bingo? I don’t know but I could made it, you know.
Well, did you connect one of Cadet 2’s video out to Diver’s loop-in? And above all, did you connect the same 16-pin cable power between your Cadet 1 and Diver? I could not see clearly on your photo.
P.S I read over and over and finally got it. You’ve only connected Cadet 2 out and Cadet 1 in… you should join Diver in the loop.
sprthhfk November 3, 2019, 5:30pm #32

Could you tell me how to connect power directly from cadet I to Diver? I’m not sure what you mean

Cadet 1 and Diver have to supplied power from the same 16-pin cable on their back. They’re on different lines in your eurorack case, so I’m afraid your Cadet 1 and Diver don’t share the sync.

Hi,
I report on wether external camera does work well or not in the feedback loop. The feedback loop I have shown is necessary for stabilizing Diver’s syncing.
The result is— external camera could not work well. See the movie that exhibits feedback loop generating excess color (blue in this movie). And external camera input made sync instability.
Discussion now,
#1 Feedback loop would make delayed response to external sync.
#2 (My) Cadet 1 has jitter? (I’m afraid seriously)
#3 Jitter might be multiplied and widened by feedback loop.
I have no idea for now how to make external input work well along with Diver witch has sync issues.
TBC2 may resolve it…
I hope someone give me advice. 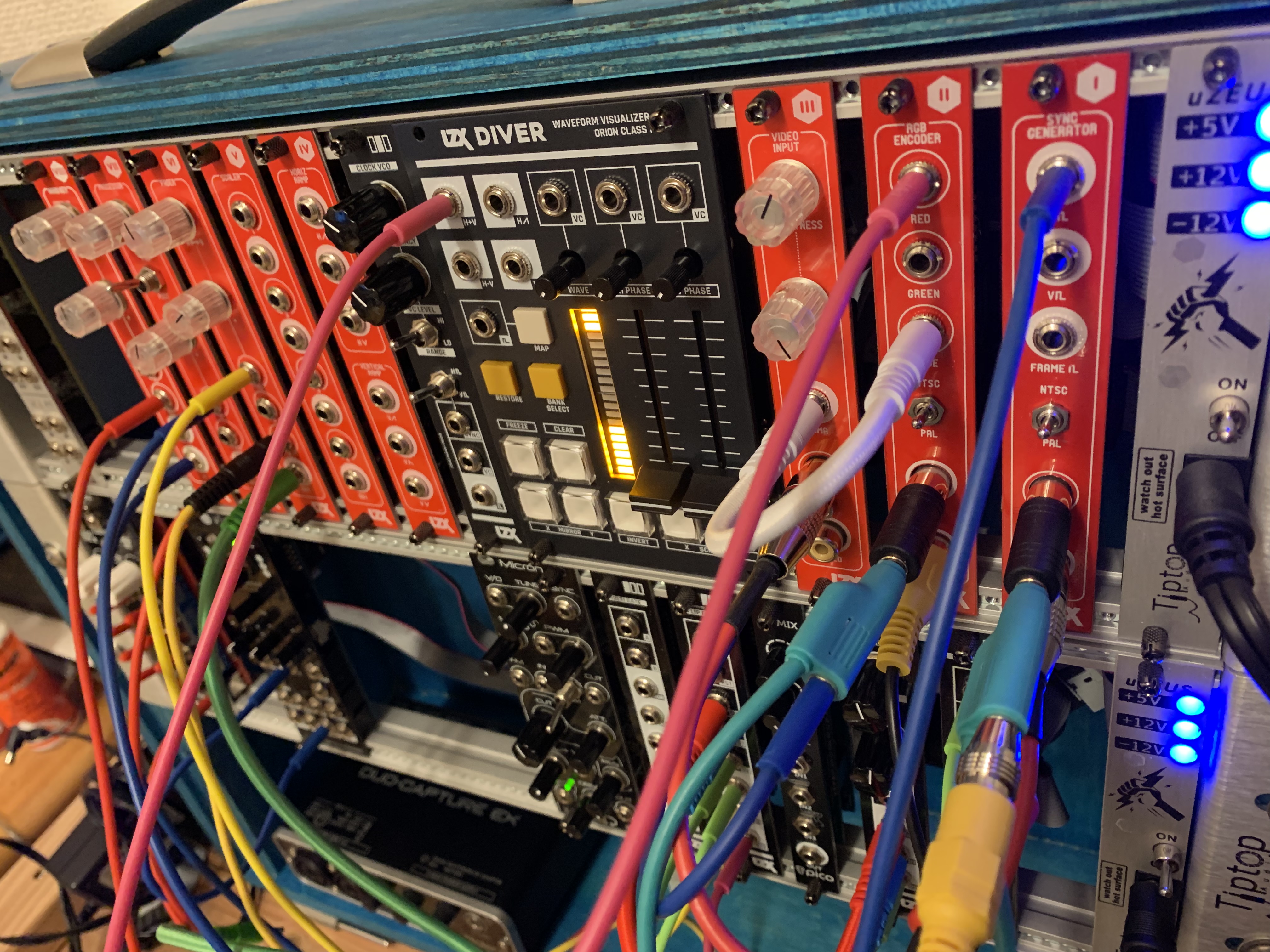 I had some problems syncing Diver to a few different sources, but found that it syncs nicely to the output from an ad724 (used in the cadet II). My solution was adding a parallel RCA output (724 out > 220uF cap > 75R resistor > jack) on the back of one of my encoders and then using that for sync. Full disclosure, I wasn’t using a cadet encoder, but my b&w encoder that’s based on C2. I’m mentioning this because that might be an easy solution for those of you that don’t use a visual cortex but want a convenient composite sync source in your system.

Hi,
I’ve read your posting excitedly. Your way looks much smarter than mine. It will work with the system using C1 too, I suppose. It doesn’t need to kill C1 sync-in so may be able to connect external camera. By the way how/ where do you put the jack of parallel out of C2’s AD724? On the blank area of PCB?
Thank you.

Yes, I use a C1 for sync, and it works with all the typical things I send it. For the RCA jack, I used a right-angle style jack that has a substantial plastic housing. It’s attached to the side of the sync header with some c-a glue. Feels pretty solid. I’d take a pic, but it’s already back in the case.

I appreciate your detailed guidance. Though one Chromagnon is to come, I’ll continue to use C1 for my sub system and do the mod you told us too. Thank you.

After some time with this, I’m still getting occasional flickering. I also lose sync completely when I feed the C1 certain external sync signals. Hoping the firmware update fixes this. Diver is such a rad module, but it’s unreliable for me with C1 at the moment.

I’m seeing noise on edges and some phase (?) jitter. I’ll be very happy if a firmware update fixes this.

Here’s a second video, using a different Diver output and some keying. You can see the noise more clearly, I think.

Thank for sharing. The more Diver debugging we can do ahead of the next firmware, the better!

I have the flickering issue on my Diver and I’ve never been able to resolve it. I’ve tried tens of variations of sync between Visual Cortex, MemPal, external video source, and Diver (including toggling the sync switches on the backs) and I still have issues every time.

Any clues of what to do?