OK next Proto pcbs are ordered.
The previous ones did work, but lacked a voltage shifting stage

the new proto has that stage, with CV
so it has 2 CV inputs, one for feedback level, one for voltage shifting (which results in different types of feedback patterns)

I did a promo video on Vidicon , I’ll post the clip next week.

An XY joystick module sounds like a really good controller for this.

I did a promo video on Vidicon , I’ll post the clip next week.

Sadly I caught very little of the talks on the Vidicon programme but I’m looking forward to seeing the video of your demonstration.

Ace! Want a kid as soon as possible

The effect briefly at 6:36 was great looking but adding colour at 8:28 looks super awesome

first screenshots (photos of the CRT) of proto v2
the input is a hard edged diamond shape (2 ramps into a Hardkey Generator),
modulator is a Cadet VCO with H or V lines selected.

A large range of iterations is possible, so that is cool.
I have to finetune a lot of functions and test everything, but it looks pretty already! 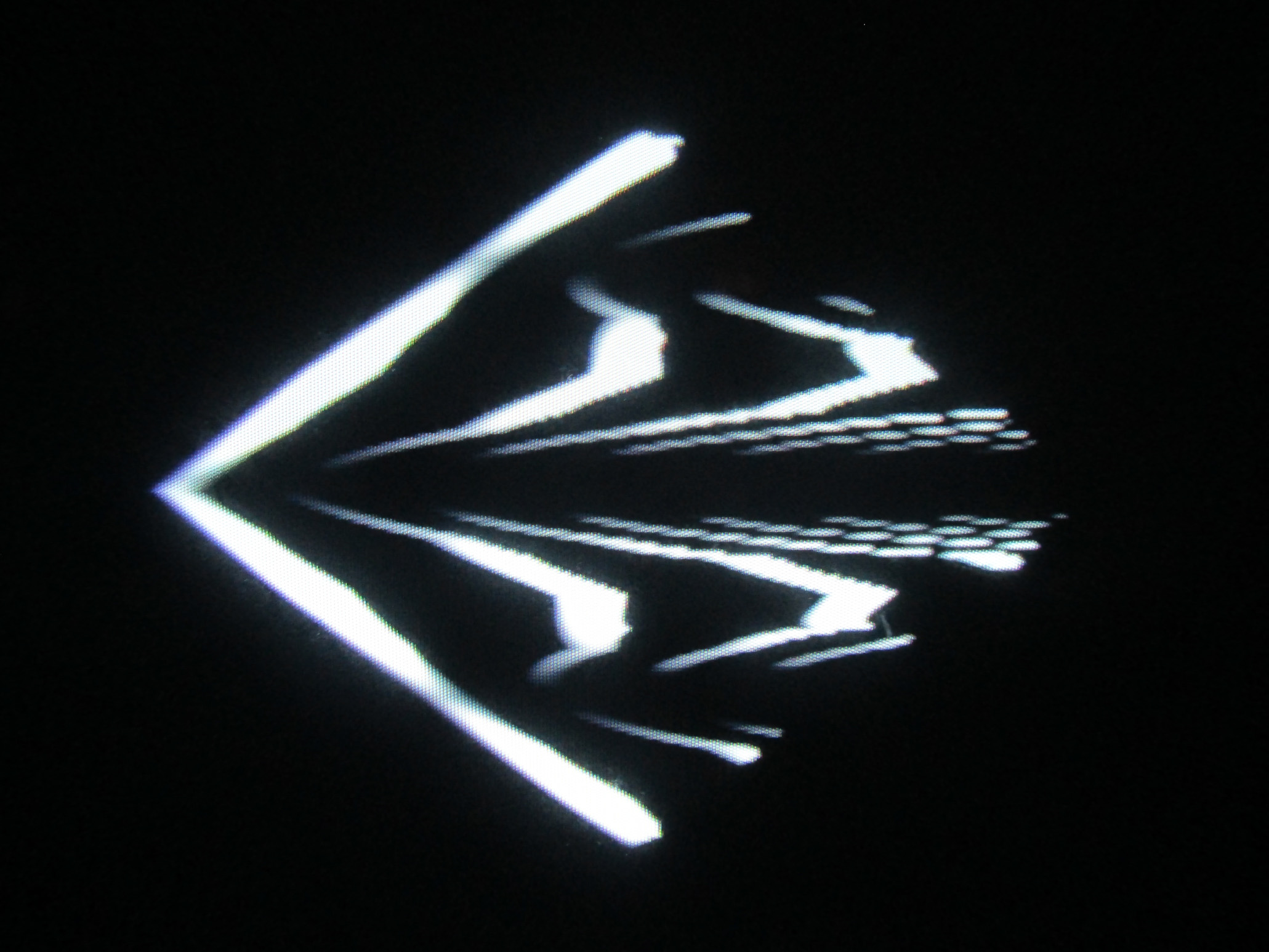 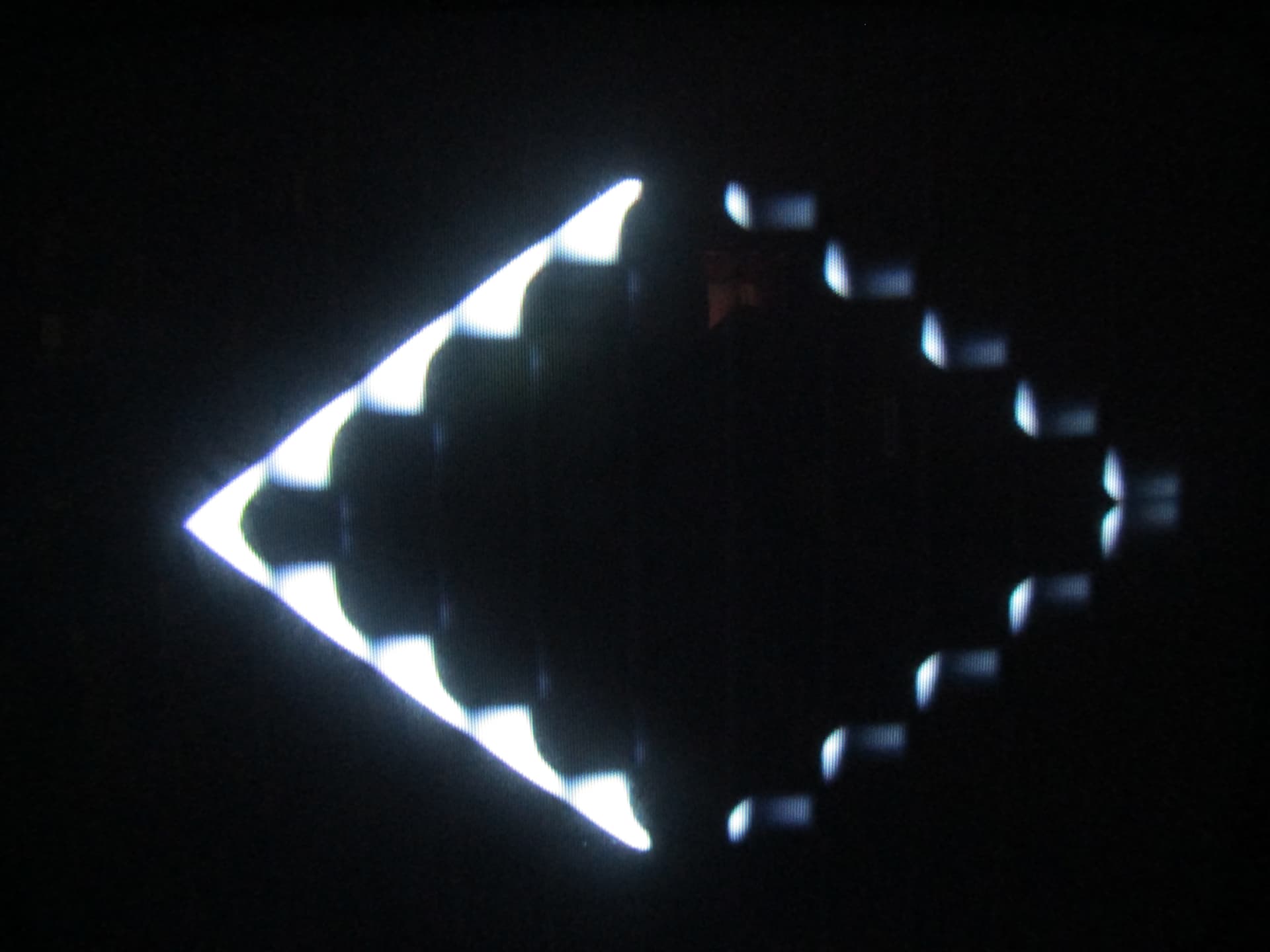 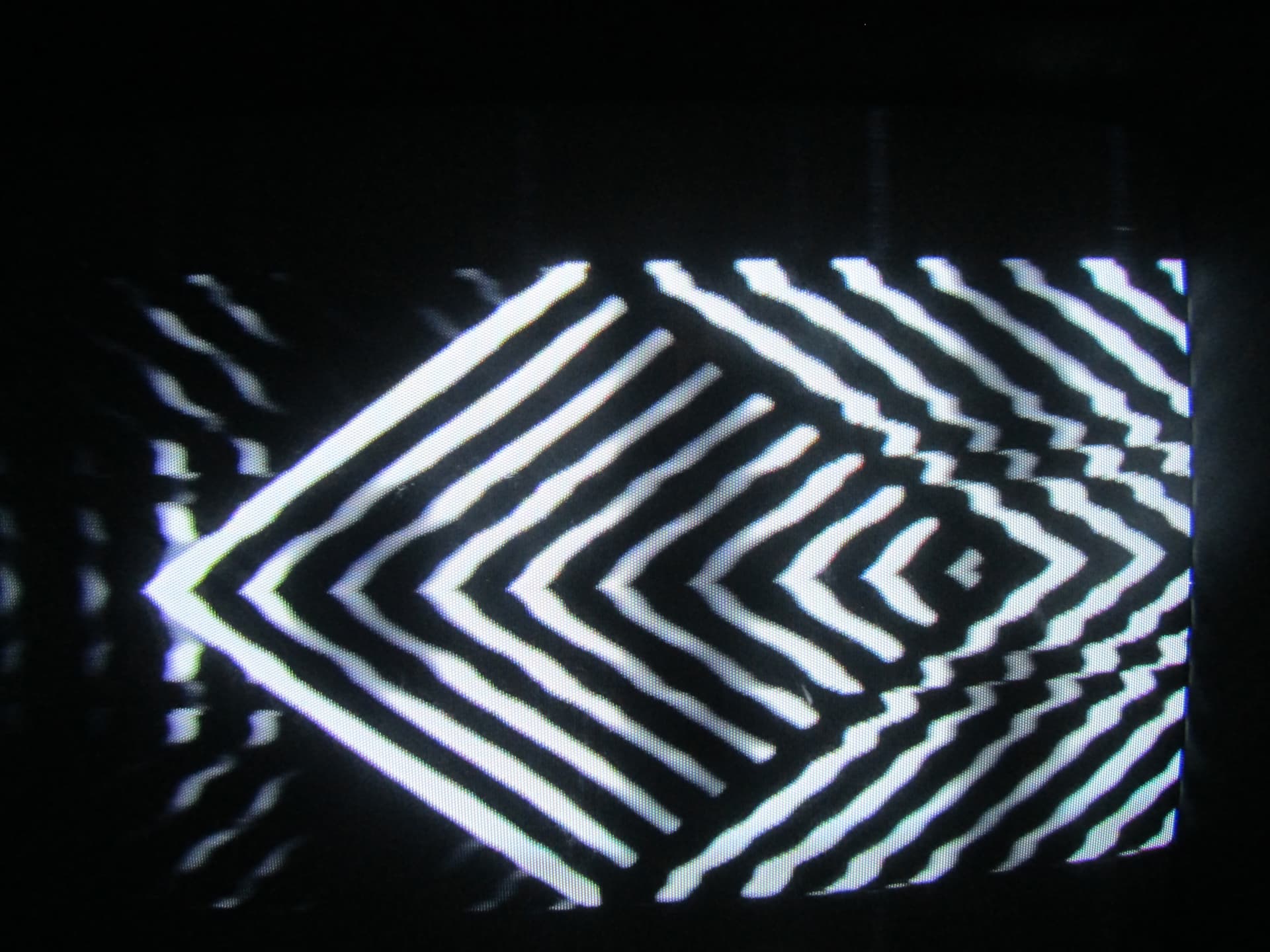 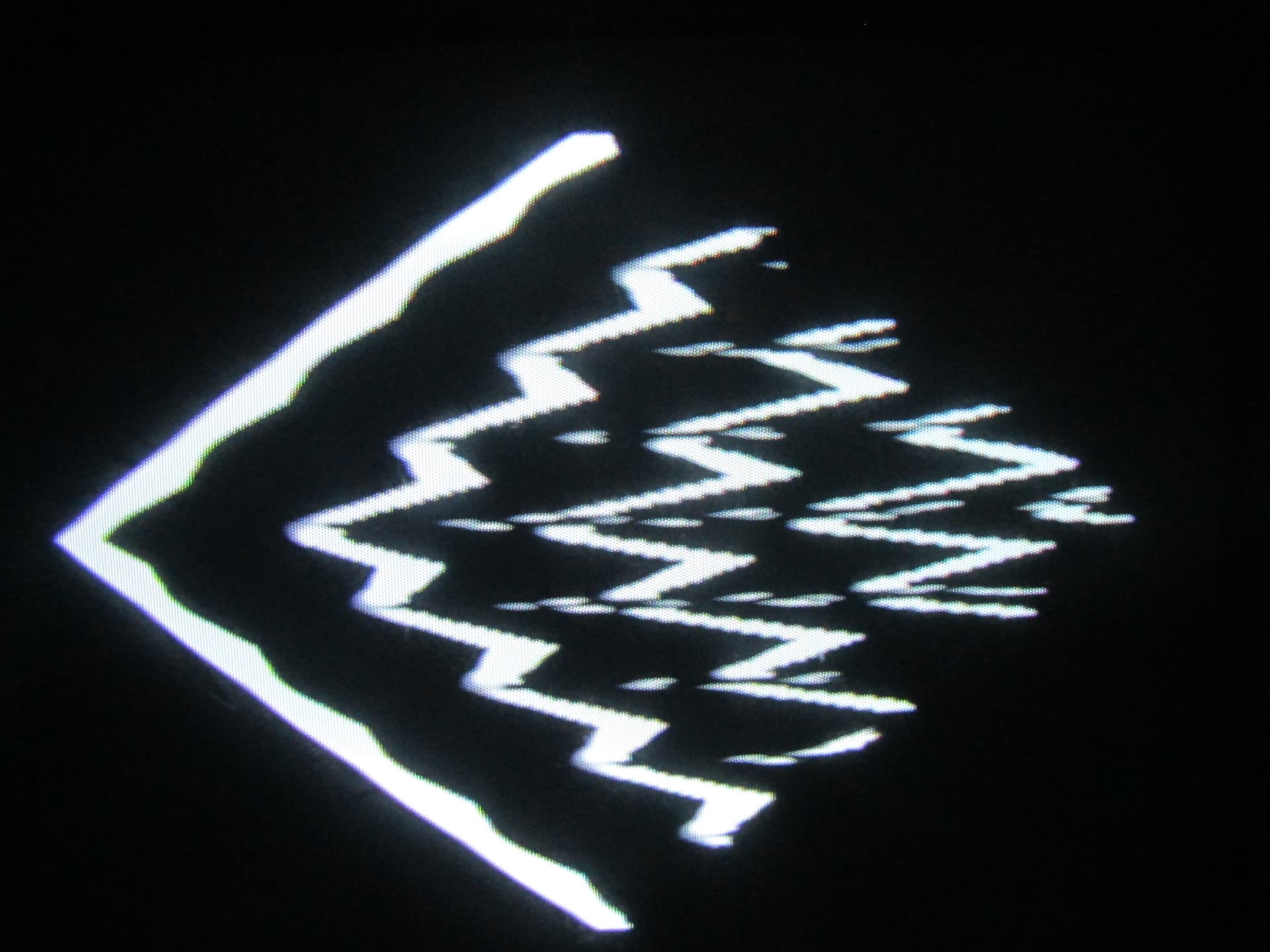 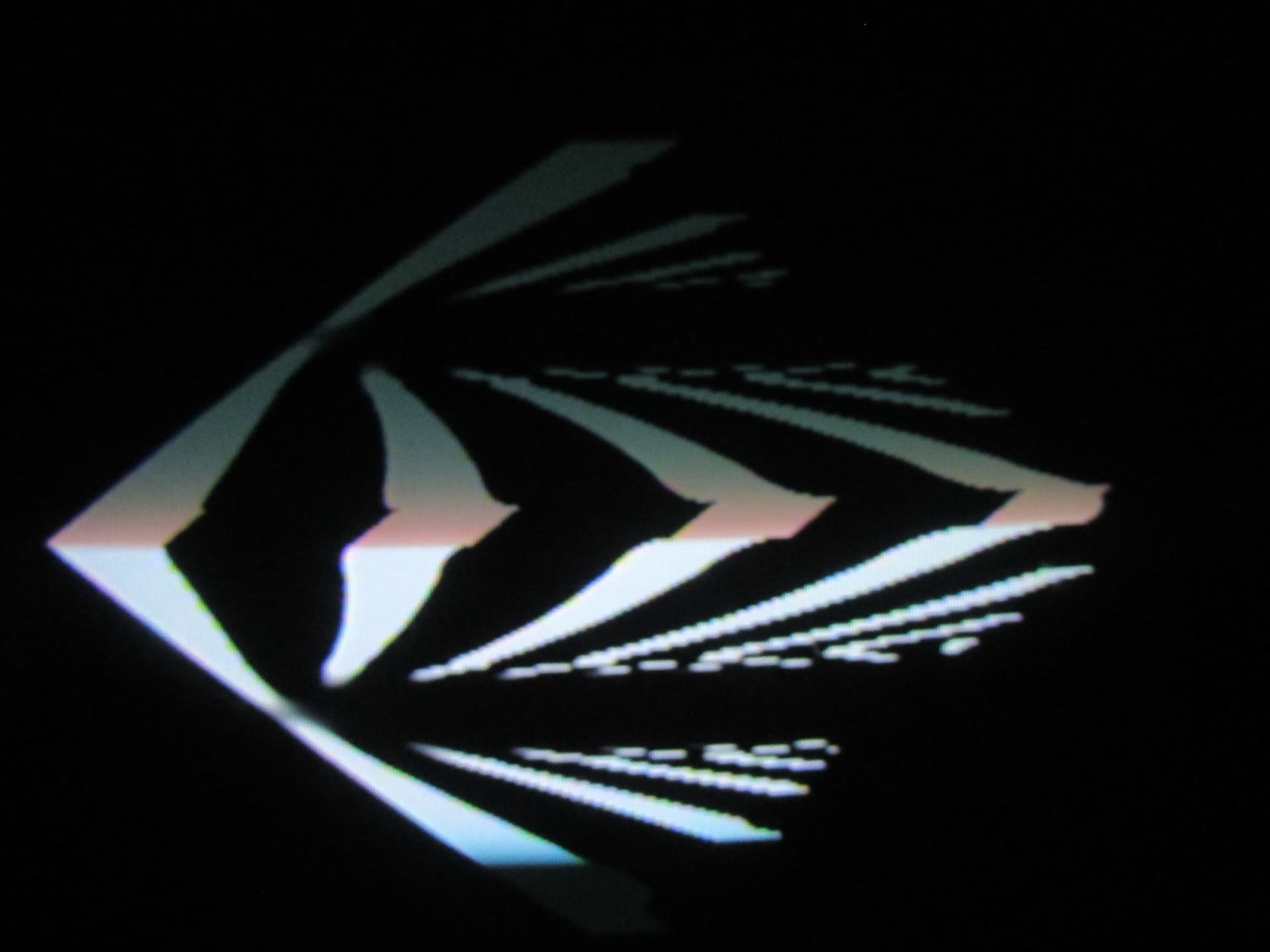 A bit of a breakthrough today! I needed that.

the new proto is working. I’ll add a hard clipping stage because the cool patterns need higher voltages
I’ll probably use the clipping stage of the LZX Encoder.
The bottom (-v) is already clipped correctly by a 1n5711 diode inside of the mixer stage

Really glad to see this coming to fruition, would be cool to see any other captures you’ve found during recent testing!

yes, I’ll make some recordings in the weekend

just a minute ago I made myself look like Pinhead
camera input → edge modulated with several horizontal bars = spikes!

v5 works, it has some really nice results. with a middle ground between controlled rounded feedback and glitch
the added send/return path for the feedback is pretty cool

i’d love a kit when this is ready! keep up the great work!!

Me too super curious!

Also super excited about this amazing project and would love a kit/pcb/gerber whenever it’s ready! <3 Very close to finishing the Cadet build…it’s been a bit of an Everest for my neuroverge ass but it’s coming together:) Also as an aside anybody privvy to cheaper stock of lt1251’s r lt1256’s that arent a bajillion dollars a unit (well $16)? Cheers and excited for this project!

Octopart is your friend but you can always expect LT125x to be expensive compared to most other ICs used in DIY video modular.

Thank you for the swift reply! Yeah I definitely figured. Off to mouser :)))

or Octopart! (first time hearing of it! cheers)