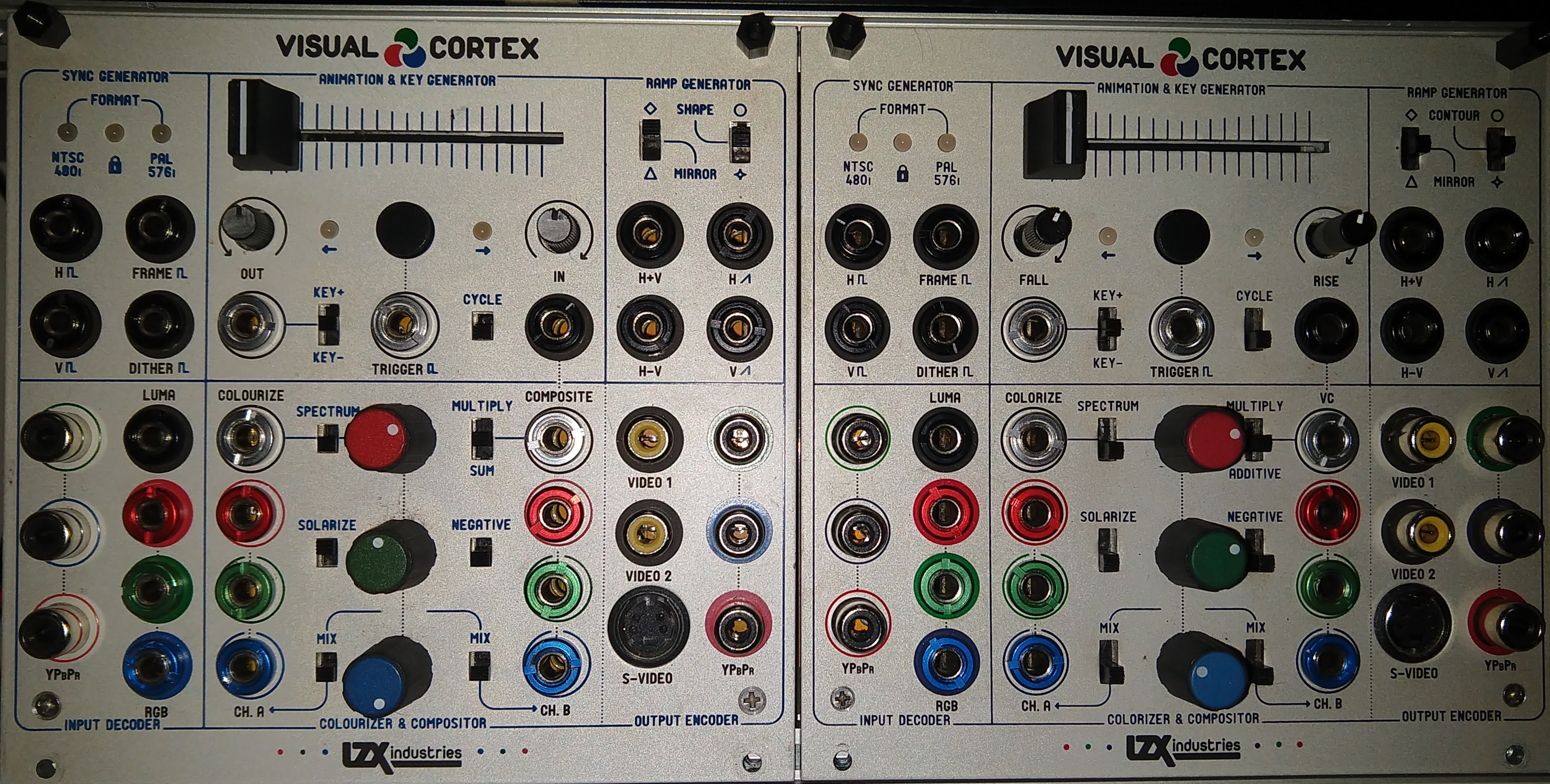 So, I have two Visual Cortex ( cortices?) and they are slightly different. One has pots labeled out/in, smaller switches, and has a serial # tag on the back circuit board. The other’s pots are rise/fall, larger switches, and the tag is on the back of the front panel.

Curious which is older/younger? How long was this in production?

Visual Cortex was first announced in 2014. The model on the left is older. According to the announcement, a frontpanel revision was made in July of that year. 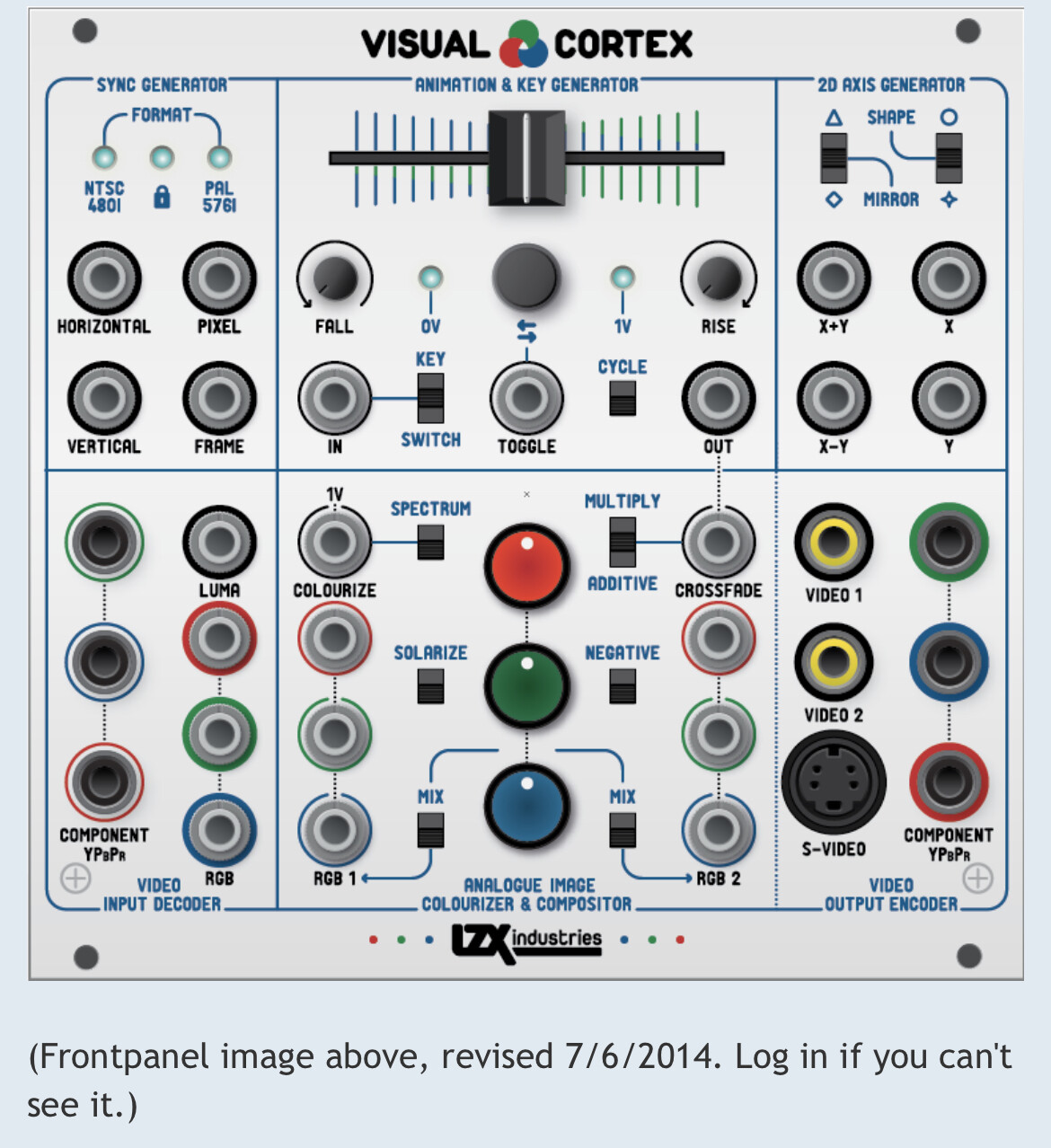 This thread tracks a conversation about the pair pictured below. The Creator and @Z0NK0UT talk about timeline, a rework, and new firmware. 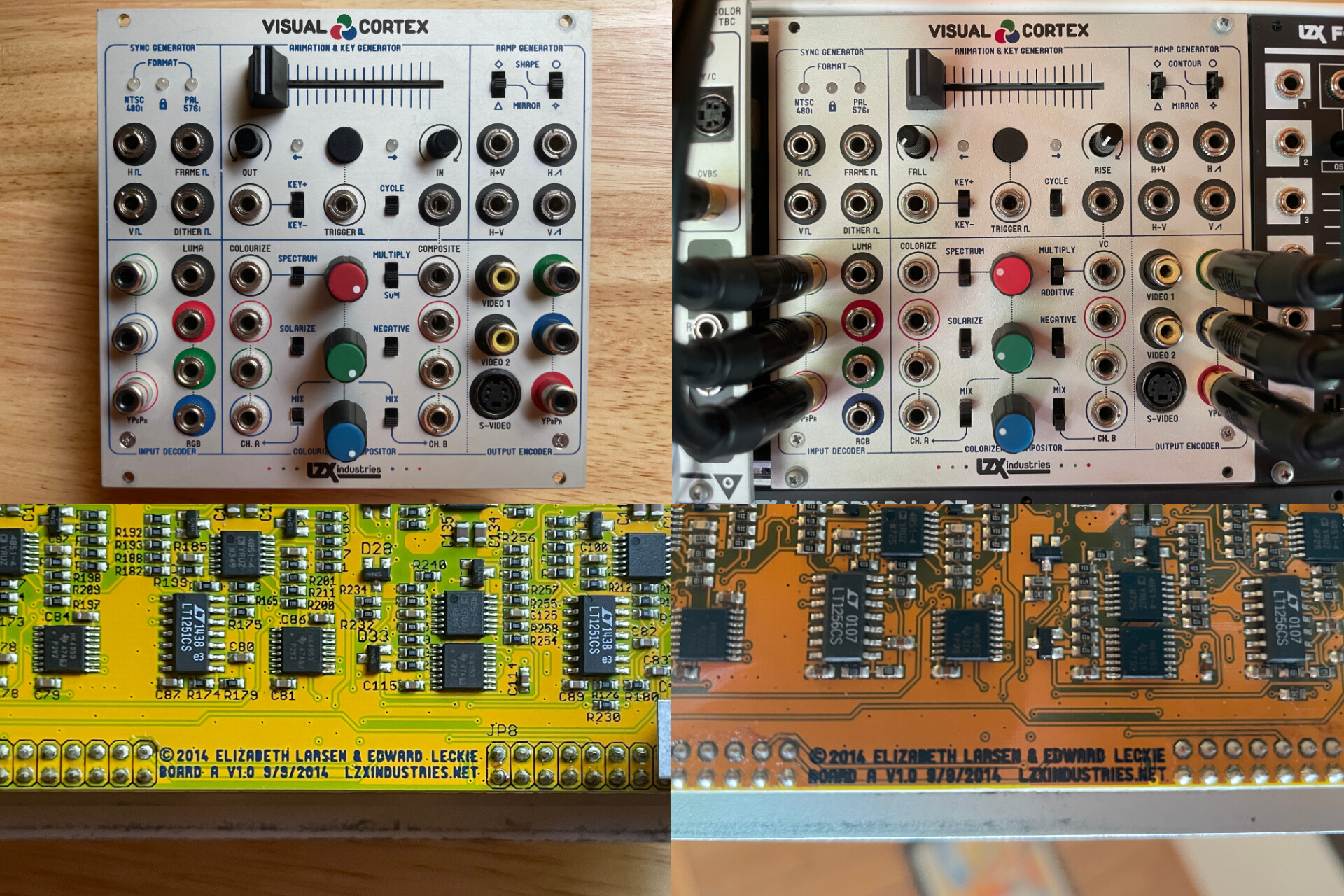 I picked mine up in November 2015 and i cant remember which face plate it had originally as i later had issues and visited Lars who replaced the circuit board but i think i kept my original face plate which has the Out/In text.

Hmm The mystery increases! And when did production stop?

They seem functionally identical - were there any changes?

No Electrical changes as I recall. The frontpanel legending changed from an initial multi-color silkscreen process to the more common metalphoto process, and the switch cutouts sized up to accommodate the same slide switch used on other Expedition series modules.

It’s interesting to see some of the differences between the 2 panels, the naming conventions: the Multiply & Sum/Additive switch; the Composite/VC writing just above the jack to the right of the previous switch; the shape/contour switch in the ramps section; & then there’s the slightly stronger blue used for lines & most naming text compared to all black & slightly thinner lines on the later revised panel (right side of photo at the top of this thread).

& now I’ve only just giving the digital render of VC, as seen in @7pip’s comment (no.2 above), a closer look & it seems to be a mixture of both panels yet calls the Composite/VC Jack (above RGB2/CH.2) Crossfader which is how I’ve always thought of it because plugging into it disables the built-in crossfader, by cutting off it’s functionality, in favour of the new CV or Video-rate signal.