What is the best way to get 'clean' video into Mempal

Thinking about workflow, I find the luma / colourizer of the Vidiot to be a little blurry, and am wondering if I could take a direct feed from BMIS into the YRGB inputs on Mempal to use just as a processor directly from VJ software, or is a decoder needed?

You’d need a decoder (try VU003) and your external source would need to be synchronous with your MemPal.

Plugging the BMIS’ YPbPr component outputs into MemPal by using something like a RCA to 3.5mm converter will not get you the results you’re likely looking for.

exactly what I am looking for, thanks @rempesm : any alternative modules anyone can recommend for component to RGB? looks like Synthonie is sold out / moving to a new platform

I think the announcement on @syntonie’s site is just that he’s moving shop over the next few weeks.
Should still be the same website but just happens to be out of built VU003s right now.

Here’s links to other currently available sources, mix of DIY and built: 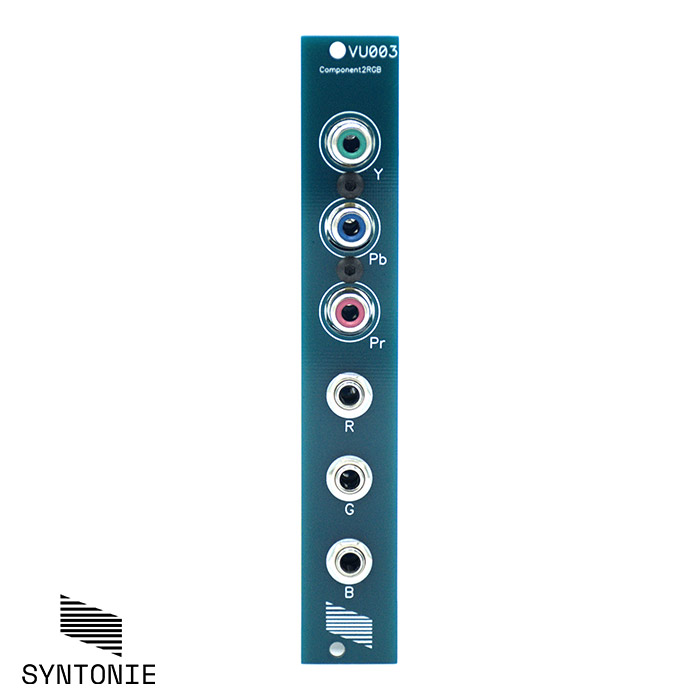 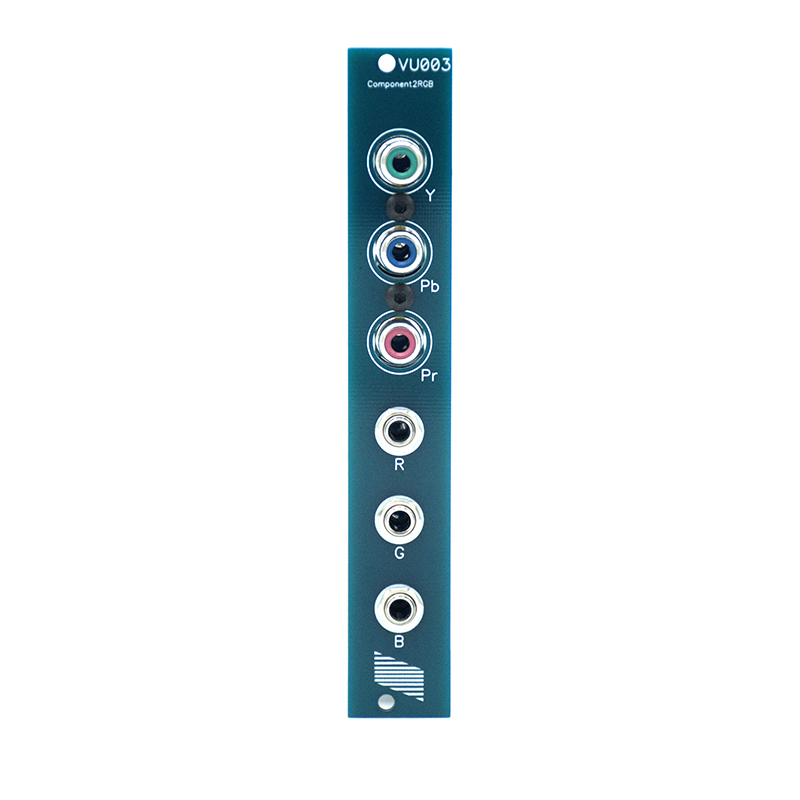 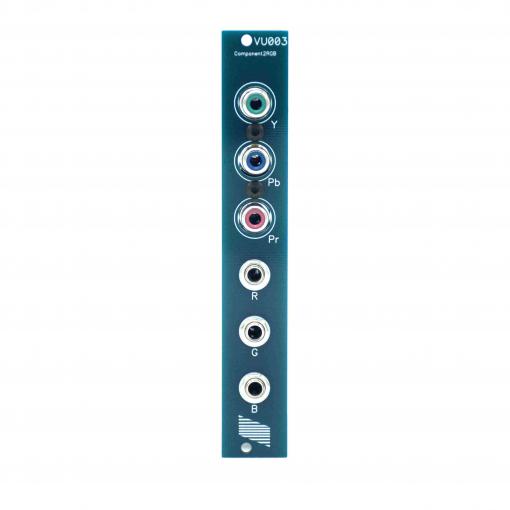 Awesome, thanks for the links. I guess it is time to put my solder station to work.

Not to complicate things, but Syntonie has also announced a forthcoming expanded version of that module.

I’m not sure of the exact timeline for release — may still be a little ways off yet. But thought I’d mention in case the added controls/outputs would be useful (I tend to think they would).

VU003B adds SD/HD component compatibility, a dedicated Y output and a voltage processor (offset + attenuversion) normalized to Y’s output. If you don’t want to wait for this module to appear, Fox’s LUMA performs the RGB->Y conversion and any ol’ wide bandwidth voltage processor you can find (Passage, Cadet Processor, Fox ACCESS, etc.) will do the same thing as the level/offset controls.

The original VU003 is tuned for SD. VU003B appears to decode SD and HD component which requires different resistors to decode into the correct colorspace. @syntonie’s module might automatically switch in the correct ones. Speculation on my part.

It also has a convenient passthrough of Y into a rear RCA connector but if you can mult RCA connectors elsewhere and route them into the rear of your case, it’s the same thing.

Still haven’t tried it as I don’t have a Memory Palace, but this should work, by syncinc Mempal to Y first, then sending it to VU003 for colorspace decoding. 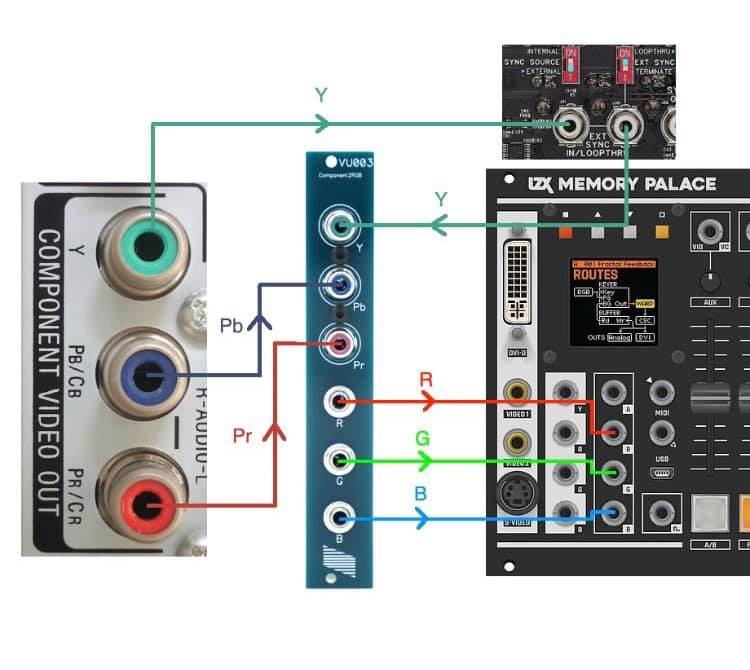 I’m slowly discontinuing VU003 in favor of VU003B, at least for assembled units, then if there is still interest, I can keep stocking the pcbs sets/DIY kits of course.

Main reason behind the update is making it compatible with HD in addition to SD: VU003 uses a LM1881 for sync extraction, extracted burst is used to DC restore the YPbPr signals so black levels sits at 0V, in order for the conversion to RGB to be done correctly. VU003B uses a LMH1980 which, as opposed to LM1881, can work with both SD and HD. I did try VU003 with HD Component and it doesn’t work properly, it seems that changing the external resistor/capacitor can make LM1881 work with HD but haven’t tested it, as it’s not as handy as LMH1980 that just autodetect the format and extract it accordingly.

About the resistors values used to resolve the colorspace conversion equation from Component to RGB, the equations are indeed different in SD and HD, and also initially thought that it would require switching resistors values to cover for the difference, though Lars commented about it on the LZX FB group about a year ago:
“There is a small difference between YPbPr/RGB conversions between HD and SD colorspaces, but the difference is so small that for our purposes (analogue accuracy within 2% or so) it doesn’t really matter.”
This also apply to the other way around (RGB to Component) at the encoder stage, so if both uses SD equations, the difference shouldn’t be really noticeable.

Another reason for the update is to have the Y passthrough RCA at the back for syncing purpose, which simplifies the connection (to not have a RCA cable coming from the back of the system to the front as for the Mempal setup picture shows). I initially did VU003 to complement the Cadets, so usually I would send the Y signal to Cadet Sync Gen first (to sync the system to the external video), then to Cadet Video Input (to extract Y) and finally to VU003 to extract RGB, so having the RCA passthrough at the back wasn’t really necessary. Then since VU007B (encoder/sync gen) works with RCA sync, it makes more sense to be able to directly connect the Y passthrough from VU003B to VU007B sync input at the back of the system. Also, having the Y output/Y processor in VU003B kind of replicate what I was doing with Cadet Video Input.

About the timeline for release, I prefer not to give a precise date yet, but the THT/DIY version is done, so will start working on the build documentation soon.

VU003B THT333×956 77.9 KB
I’ve recently tested the SMD/Production version, which is working mostly fine, though I need to go for another minor revision.

Then I’m planning to release it at the same time as VU007B, which will take a bit more time to finalize. Actually the THT/DIY is done, I have to pre-solder some SMD parts to it and work on the documentation. I started the assembly of the sync generator boards that will come pre-assembled/pre-programmed with the pcb sets/DIY kits, and will also be shared with the SMD/production version 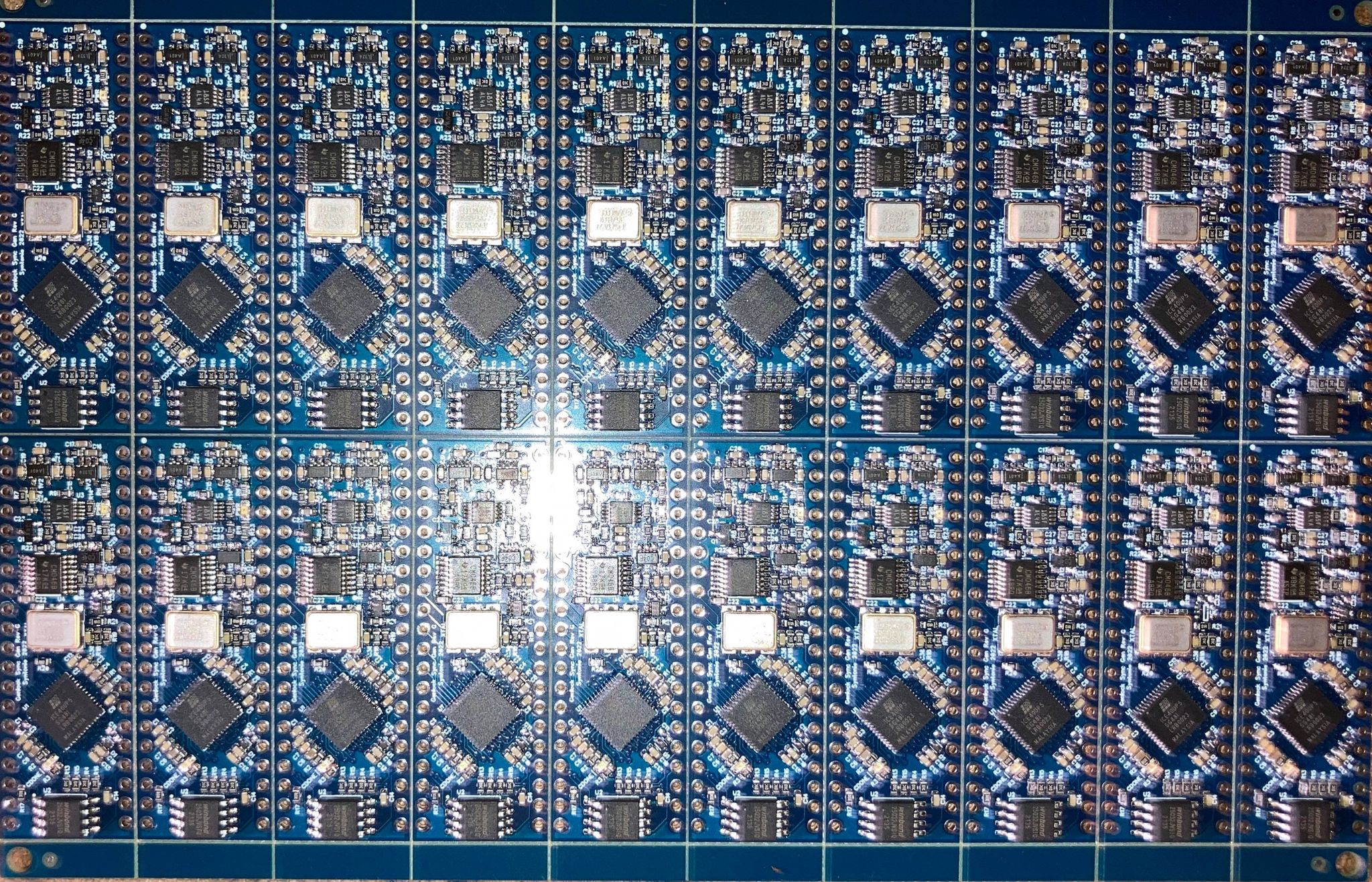 VU007B Sync Gen2048×1317 878 KB
I’m currently waiting for the first revision of the SMD/production version of the control/mainboard, so once those one are ready, I’ll give a more precise estimated release date.

Also, as you’ve noticed, I’m moving from my current place really soon, so this will delay things a bit the time I set up my workspace again, though doing my best to have those out as soon as I can

Thanks for the comprehensives here. Appreciated, and ordering.

For those that followed this thread, That module worked out perfectly (for getting clean video into MelPal from Intensity Shuttle).