I’m very new to video synthesis, but I’m looking to complete the following signal chain… laptop video feed > vidiot > hdmi output
…
From what I’m reading online, hdmi to rca converters do not work, but I’m wondering, do I really need to buy hdmi to sdi // sdi to rca // and then rca to sdi // sdi to hdmi? Seems like a very expensive signal path… any info will be very appreciated. Located in Canada!
-dunstan

There is plenty of cheaper options but it depends on what kind of quality you wish to keep across your signal chain.

There is plenty of cheap hdmi to composite/component adapters that will work but the quality wont be the best.

If you want to maintain as best as image as possible you will end up spending more on Blackmagic converters or similar.

A Blackmagic Intensity shuttle is a good mid price option for the first part of your signal chain and will be able to feed a good quality component signal into your vidiot.

Right, I had bought an hdmi to rca converter and there is a constant horizontal scrolling happening. I bought what I thought was a relatively high quality converter, im assuming it’s the vidiot that isnt able to access what type of video it is. Just dont want to buy anything else that wont work, if you have anything that you know will work…

Would that be caused by the converters quality?

Just to make sure, you do have the NTSC/Pal switch in the correct position, right?

But Vidiot is indeed rather sensitive to sync issues. And, yeah, a lot of the converters available on Amazon/Ebay just don’t cut it. It could help if you’re specific here about which converter you have.

Probably the most budget-conscious, but reliable, solution for getting video from a computer into Vidiot can be to convert to VGA and use an Extron VSC 500 to then convert into composite. You can pick those up used on Ebay for around $50 (or less if you wait for a good deal).

Intensity Shuttle is also great, but if you have a newer Mac you’ll still need to buy an expensive adapter to get from USB-C to Thunderbolt 2 and if you have a PC, from what I understand, you’ll need to look closely at your exact USB port configuration and make sure that they are supported.

Extron VSC 500 is great but I’d suggest looking out for an Extron VSC 700 as it has a genlock in/out and can solve most syncing issues. I haven’t actually tried this with a Vidiot but you can adjust the genlock signal on the Extron VSC 700 if it doesn’t like it. They run a little bit more but considering they’d also allow for full YRGB composite outputs from your computer instead of just Luma, it’s pretty worthwhile.

If you’re trying to transcode 480i instead of upscale directly from LZX composite out to a HDMI output, the Retrotink 2x or equivalent worked well for me. I run this into a BMI Shuttle Thunderbolt and it looks pretty decent.

Not sure what you mean about “instead of just luma.” The 500 will do both composite (full color) and component out. (Not that this makes any difference for a Vidiot.)

No doubt the 700 is a superior box, with extra features that come in handy as one’s system grows (and is not too much more expensive — though it does also require the less-standard 15-pin to BNC VGA cable, which most people don’t already have laying around), but a 500 will do the job. Never had a problem with running one into a Vidiot.

Oops that’s just me misremembering the back of the VSC 500 I used to have, sorry.

Yes, it does have all the connectors and firmware to output for RGB, YPbPr, S-Video or composite. It just can’t genlock to an external signal which isn’t strictly necessary in this setup with Vidiot locking onto the VSC 500’s output.

This was all very helpful. I am on pc, so going VGA is definitely an option. The converter I bought was a RCA hdmi to rca converter from the source… was 60$… thought an expensive non knock off one would do the trick, but these options are not that far off in terms of price. Stear clear of that one folks. Thanks alot everyone!

I just started using a Retro Tink 2x-pro for converting my vidiot to hdmi output.

RetroTINK helps connect retro consoles to modern displays and more. Our line of products converts legacy video formats with high quality and minimal visual distortion for the most authentic experience.


It really helped align composites in my V4EX with a feedback loop with Memory Palace and it’s output being on a dvi to hdmi cable as well. I feel like the output is a bit cleaner, but I haven’t done serious comparisons in that regard. I was hoping it would help with removing interlacing stair stepping, but the improvements were minor.
For going the other direction, someone I know had a cheap solution, I’ll get back to you soon.
4 Likes
nerdware August 26, 2020, 8:10pm #12

Interesting. I found this converter in my own searches, but I can’t find a UK distributer. Anyway - I see they now have a multiformat version that can give different upscaling results. From what I’ve read, that probably won’t help you remove the aliasing (stair stepping) problem. (This is why I’m only upscaling in post. I’m really unsure how well a hardware-based upscaler will compare.) I like article on the Pro and Multiformat versions links to a gallery of images showing their differences. It’s hard for me to judge how this device, in any version, will work on the kind of video I make, nevermind yours.

Yea problem is when I’ve composited Memory Palace DVI output with a Vidiot output (with retrotink or without) in the V4EX, and then captured to a Ninja 2 in ProRes 422 1080i 59.94, in post when I deinterlace to 1080p 29.97, the stair steps only partially go away. In a shot that is only a single output, not composited with another video synth, I think the post deinterlace works better. Using retrotink I’m uncertain without some serious testing how much that improved a composted recording deinterlacing in post without serious testing I don’t really care to do. lol.

PS memory palace has a Y mirror interlacing error currently, I posted about it on the forum recently, but no replies yet. Memory Palace V19 Firmware Release March 2020

Here is the down sampling option a friend uses.

He said he tried other cheaper solutions from amazon but they were flakey, and this has been solid for a year of usage so far.

Nice. I have some cheap chinese converters on order, so I’ll be evaluating them soon. I don’t expect great results, but I’ve had good enough results from similar devices. None of the cheap HDMI to composite or component converters I’ve tested work with LZX, but the new devices I’m waiting for are a composite to HDMI converter and a composite to VGA converter.

I’m currently evaluating a very cheap spycam that can give a very sharp B/W image. That goes straight into LZX modules like TBC and VC without any conversions. I really like it.

Don’t have one yet (it’s in the mail to me now), but one could in theory use the HDMI > Component converter others have confirmed works for them with a Visual Cortex and use only the Y out — since that carries the luma info and sync — to a Vidiot. (Right?)

Still more expensive and less feature-rich than either of the Extron boxes mentioned above, but does go straight from HDMI and also a lot smaller of a device.

I can test this once mine arrives.

Sadly, that device is not sold by Amazon UK. I tested a load of devices like it that I found on ebay, but they all failed with the VC. All the cheap HDMI to composite converters I tried also failed. Maybe they’ll work with a Vidiot, but I can’t test that as I don’t have one. My solution was to send the signal thru a V4 and then into the video synth.

I really strongly recommend saving time and money by buying a pro device. When you want to playback from and/or record to a computer, you’ll get the best results and save time. Even if it looks like you’ll pay more, you can easily spend more money failing to find a cheaper solution. 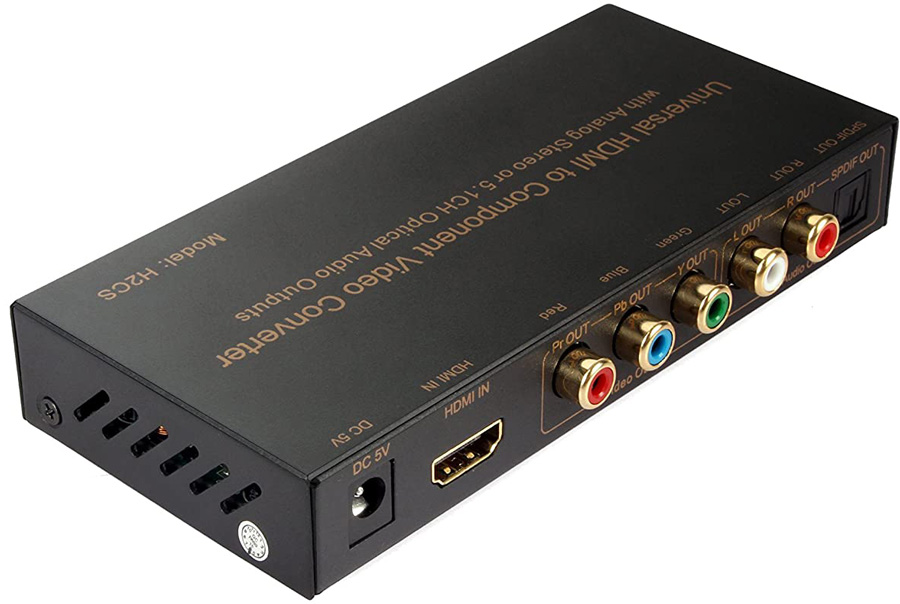 Following up on this, so that HDMI > Component converter that others had recommended (above) turned out to be a bit of a bummer for me as a principal intended use was to feed digital cameras with 16:9 HDMI output into my system. But that box only seems to squish 16:9 to 4:3 and offer no option for cropping.

Decided to try another solution and ended up with something that is working for me thus far, a Blackmagic HDMI to SDI micro converter paired with an AJA HD10MD3. The AJA box outputs component or composite and will crop or letterbox. Bought those both on Ebay and I think it was a little more than $80 total, incl. all taxes and shipping (had to wait a bit to find decent deals on each). 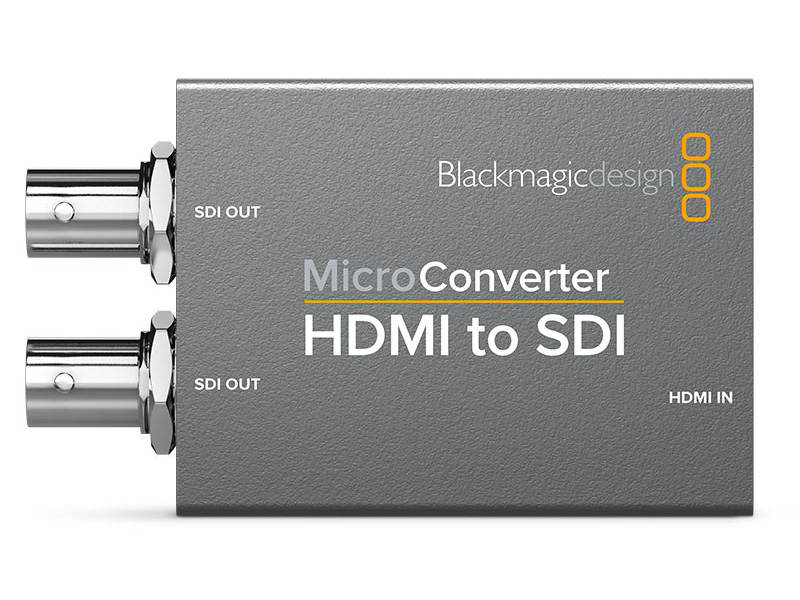 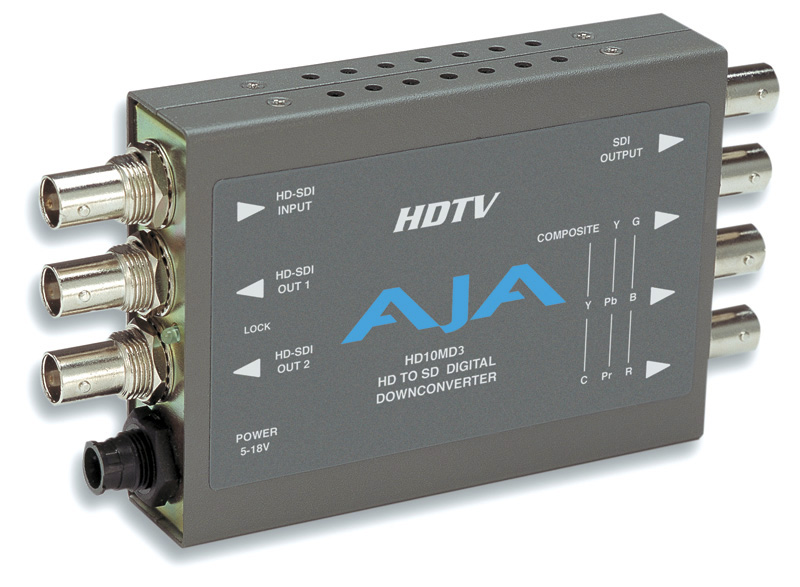 Anyway, don’t hear folks talking about AJA stuff too often — and this is my first time actually getting one of their devices — but have had my eyes on a few and it does seem that, despite generally much higher retail pricing, the secondhand prices for them are much lower compared to similar devices from Blackmagic.

I’m looking for an easy solution to get hdmi out from computer into LZX cadet series for not much dough. @sean 's suggestion above looks like a good option and will provide flexibility to also output component should I expand or get my hands on one of these upcoming component input modules. Any reasons against?

Alternately, I’m having trouble with sync issues from my cadet I and am lacking video sources just to test. Has anyone tried one of these cheapies from adafruit? Not so much for quality but to test what I have before I head further down the hole.