Hey All – I’ve been following a number of the projects here and it feels about time to announce some work on this end. Having recently come into a stock of TI’s VCA824, and with the demand for core elements as it is, I’ve been working the last few weeks to bring up a bit of module. I’m starting to finalize some of the functional details and was hoping y’all might be interested in helping me out with some of the broad strokes.

What multiplier configurations might best supplement your systems? Are you dying for another TVVCA or might you be looking for a high density Quad 4Q utility block?

Personally, I find myself settling towards an 8hp Dual 4Q with some variable gain on the inputs. This feels like it would fit nicely into some some computational workflows, which are very specifically interesting me right now.

Curious to know what you’re thinking.

Normalised or half-normalised inputs for a dual configuration would be nice to have.

After a few people asked me about it I made a DIY 4HP design for a video VCA / crossfader / analog multipler (based on the circuit in the LT1251/LT1256 datasheet). The first batch sold out very quickly but I’ll have some more by mid January. Like all my boards they are fully LZX compatible. If you’d like one (or a 4-pack for a discounted price) they’re here: Gainbrain – Visible Signals

Also, the VCA824 looks great! Shame it’s +/-5V and not available in through hole, but SOIC14 isn’t too bad, and for experimenting it could be easily soldered into one of those DIP converter PCBs.

How would you feel about selecting a normalization scheme from the back of the module via a jumper or dip switch setting?

I know! It’s hard to keep track of everything coming out these days. The DIY scene is really starting to take off!

Maybe as per the Rutt-Etra diagram? 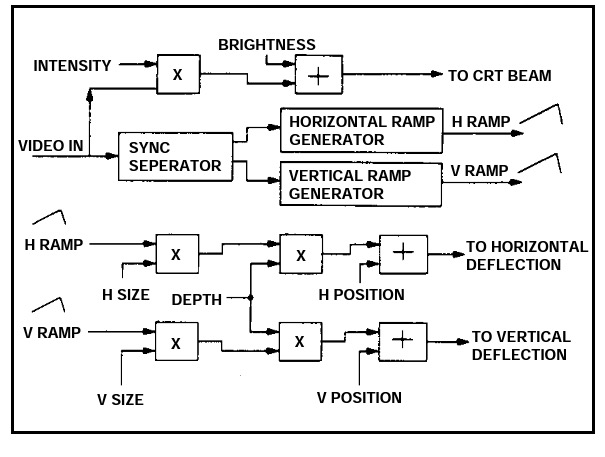 Jumpers on the back PCB is fine with me & is a commonly found solution so it shouldn’t be an unpopular addition.
Regarding the normalisation, both of the input 1 or output 1 to input 2 are cool but I don’t understand the 3rd possibility Cubed Y1 = X1, X2 = XY1, Y2=X2?

Ok, a 2nd & 3rd look really helps. That looks great & would save some cables for patching elsewhere

Great suggestion by Aladan, quad multipliers normalised as per that diagram (2 pairs of 2) would be a great option for vector video!
The fifth multiplier in that Rutt-Etra patch doesnt appear to be critical
Such an arrangement would create differentiation in the market too, to make your module stand out

If you’ll forgive the low tech diagram and lack of mathematic rigor, the following is a little sketch of all thats been discussed. The top outlines what appears to me as the most relevant norm schemes for a dual multiplier, followed by the Rutt Etra computation block using 2 modules normed for x^3. 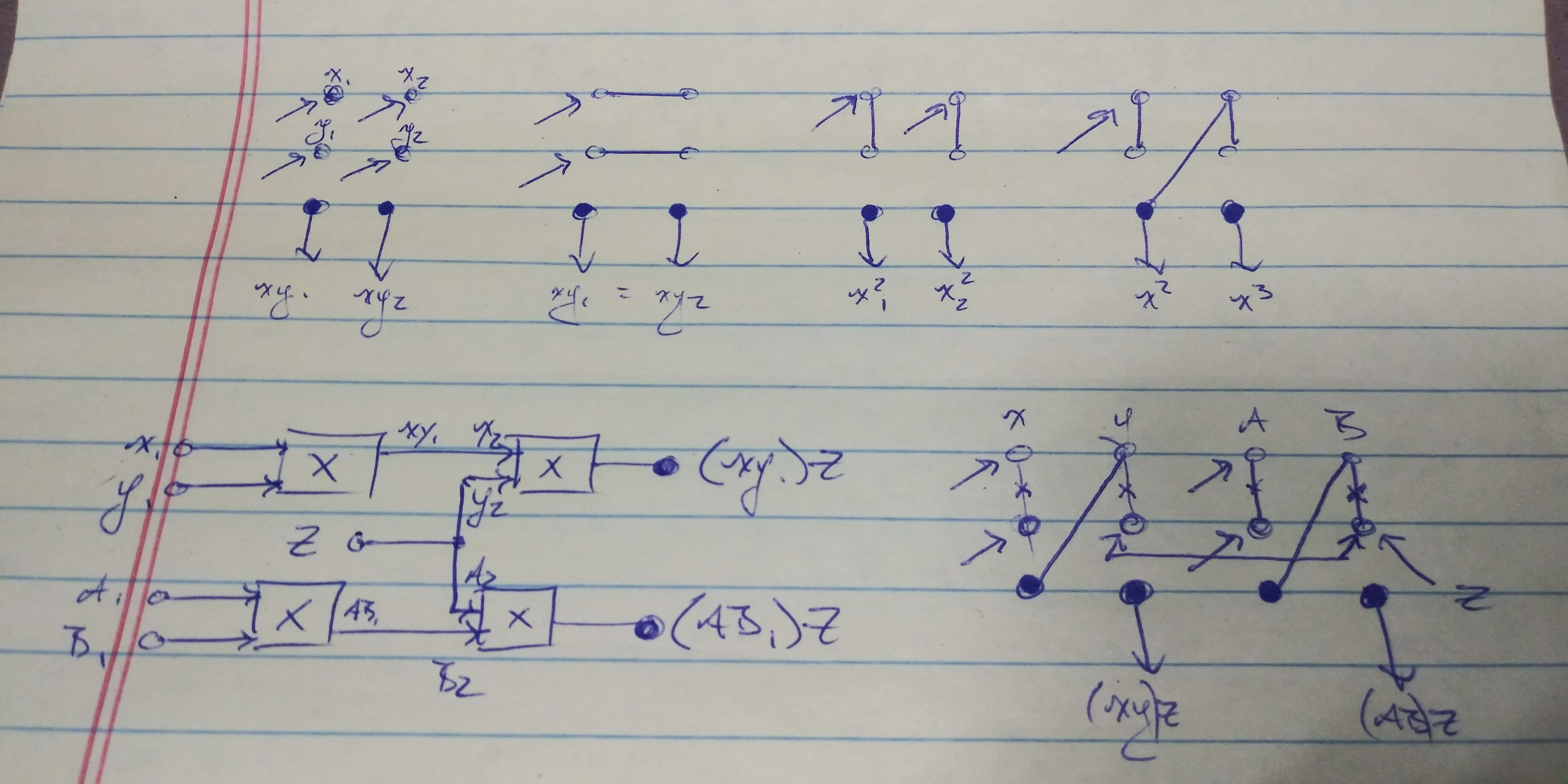 The only caveot here is that the Rutt Etra block using two dual multiplier modules would require the use of an external mult or stacked cables for the shared input. Of course, this would appear to still be the case for a quad multiplier, unless the module is hard wired specifically for the application above.

Edit: I now see that the xy/ab labeling along the top of the last diagram is incorrect. Disregard.

Maybe you could add a THRU jack for the input if you’re likely to use it on other modules. Depending on remaining faceplate space.

I’ve often tapped a buffered input signal for normalisation (which is definitely preferable to using an unbuffered signal). In your diagram that would mean taking the buffered signal Yz to the switch pin of Az.

Are their any Videos out there with gainbrain? Wondering whats the diffrence between a cadet fader and how the multiplieng function looks.

International mail is slow and I only sent out the first batch of boards a few weeks ago so I’m not sure if anyone has built one yet and done a video yet.

You could think of it like a combined Cadet fader and multiplier. Input 1 is wired to one side of the crossfader chip, but there’s a switch to also optionally connect it to the negative feedback path of the other side of the crossfader to effectively make that side of the fade an inverted version of Input 1 (cool trick from the LT1251 datasheet). That means the CV input fades between a positive and a negative version of Input 1. By adjusting the offset of the CV via a knob on the panel to centre the crossfade position when CV=0V you effectively end up with a four quadrant multiplier.

I wrote a note about the multiplier function in the build manual: The LT1256 works approximately linearly from 0% to 100% VC input, which is preferable for voltage multiplier tasks (use the IN1 and CV inputs for this). The LT1251 has a ‘snap to zero’ function as it approaches 0% and 100%, which introduces a small error when used for linear multiplication. However, that ‘snap to zero’ function in the LT1251 makes it perfect for VCA (CV input sets the gain of IN1, or the inverse gain of IN2) and crossfading duties (CV controls crossfade from IN1 to IN2) since a slightly non-zero CV signal input won’t result in a ‘ghosted’ IN1 or IN2 signal source leaking through to the output.

Thx for the fast and detailed answer! Your package arroved today in germany but only got the Wrangler and the rgb matrix.

Sorry about that, the Gainbrain was relatively recent, and only because a friend kept hassling me for it

I have a bunch of other new designs coming out soon in a consolidated batch rather than just a one-off like Gainbrain.

Personally, I find myself settling towards an 8hp Dual 4Q with some variable gain on the inputs

Recently I’ve seen an XAOC module, the Poti expander, that has a simple yet ingenious two switch (2x SPDT ON-ON I’d guess) configuration for selecting one of four options. If this could be implemented so that all 3 of the normaled possibilities were easily selectable from the front panel instead of jumpers on the PCB, this would be really helpfully for a dual 8HP module I think.

The Screenshots are from the pdf manual found on the product page below. 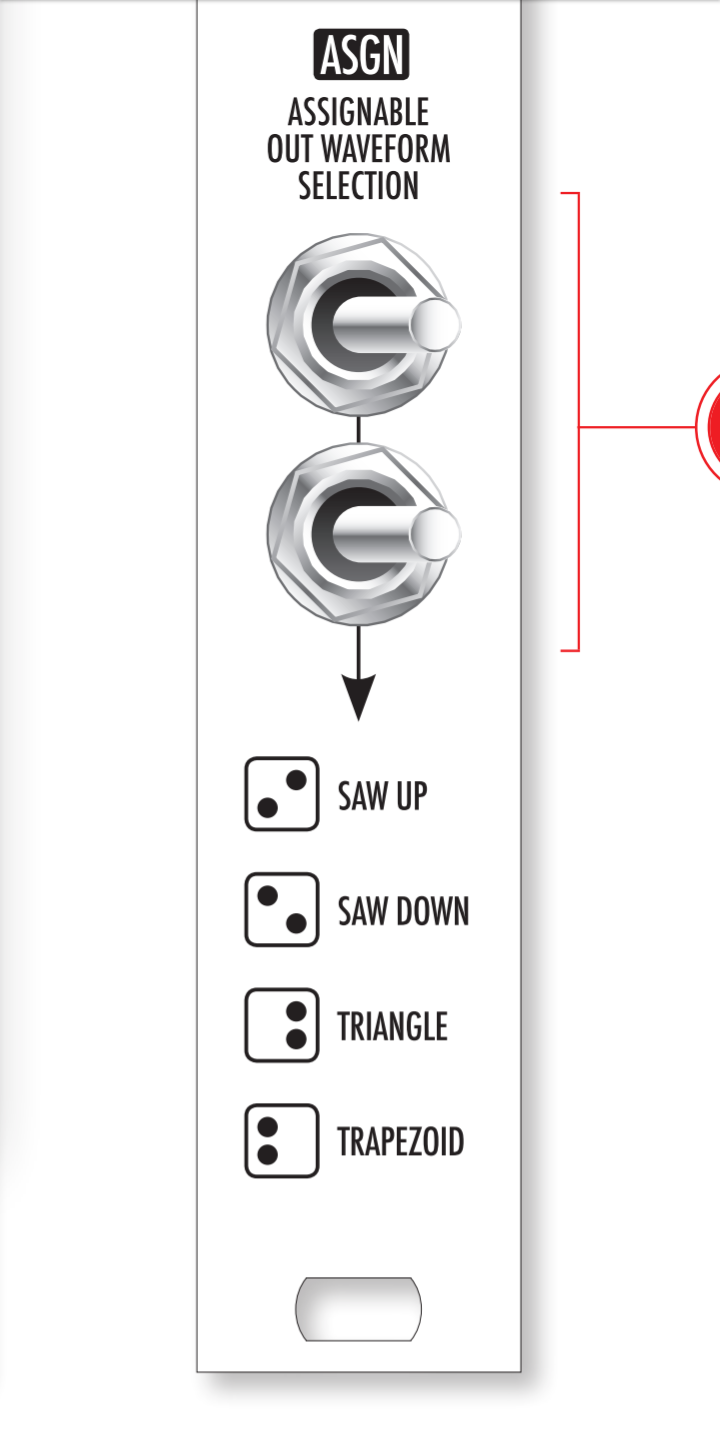 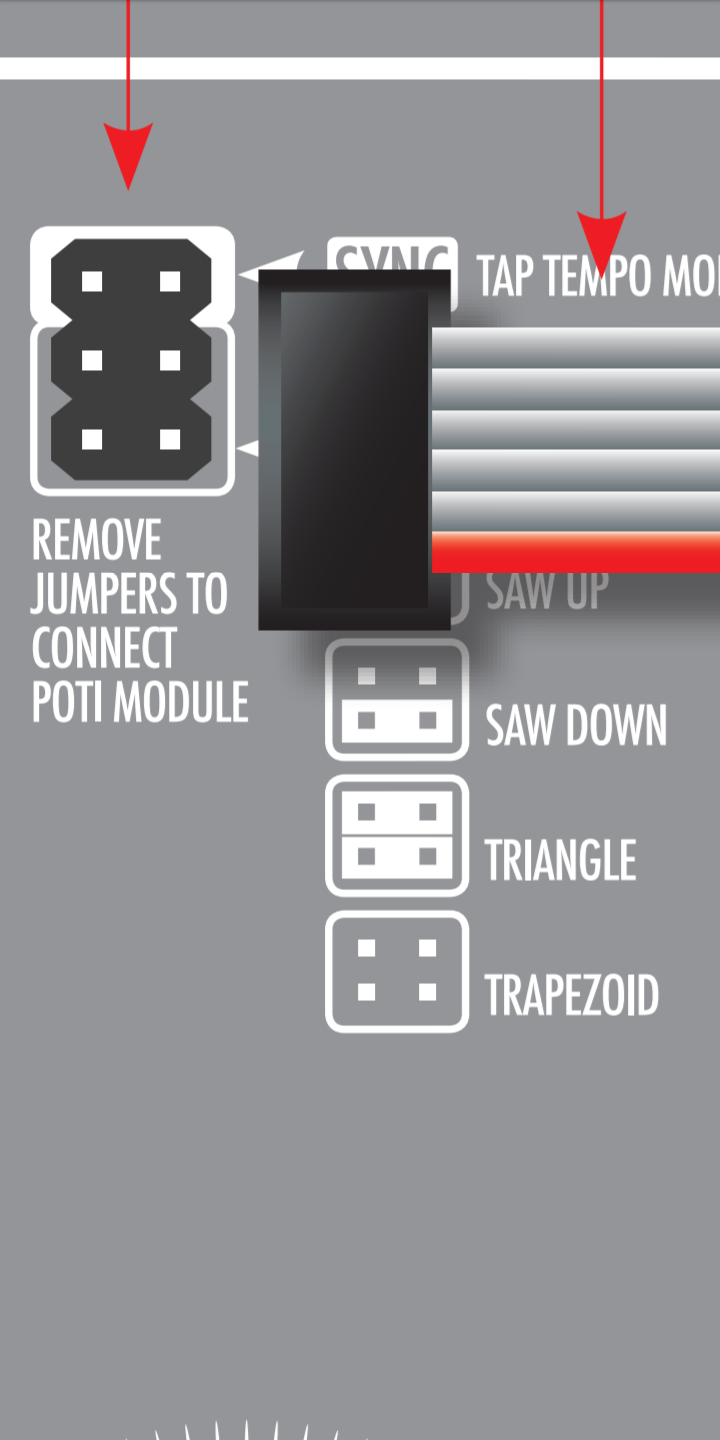