Finally my first foray into designing some DIY modules. I’ve put together a 2HP Video Mult built around the LM6172 in order to eke out a final annoying 2HP in my case. It’s normalised across the two circuits so can be 1x6 or dual 1x3. I’ve also added headers for external normalise ins and outs to 1x2 headers so multiple modules can be connected behind the panel to provide copies across a case using dupont cables or similar.

I’ve built up one which is working great and will build a second to check the external normalisation is working as I hoped. Then I’ll order some more boards (with some slightly revised silk screen) pretty soon if there’s any interest! Will post pictures and schematic below. Other projects in the pipeline too! As always thanks so much to all the designers who have made their schematics open source. 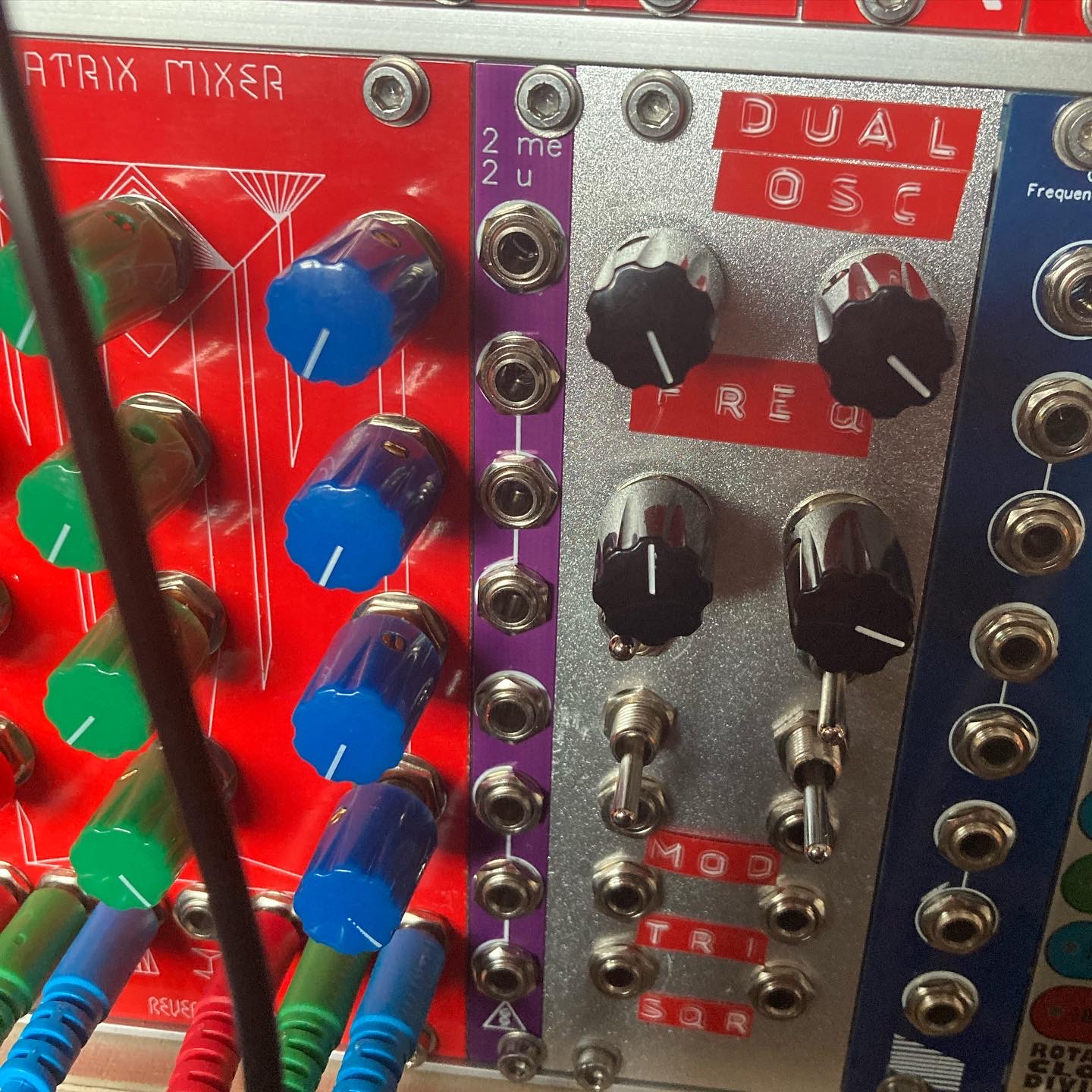 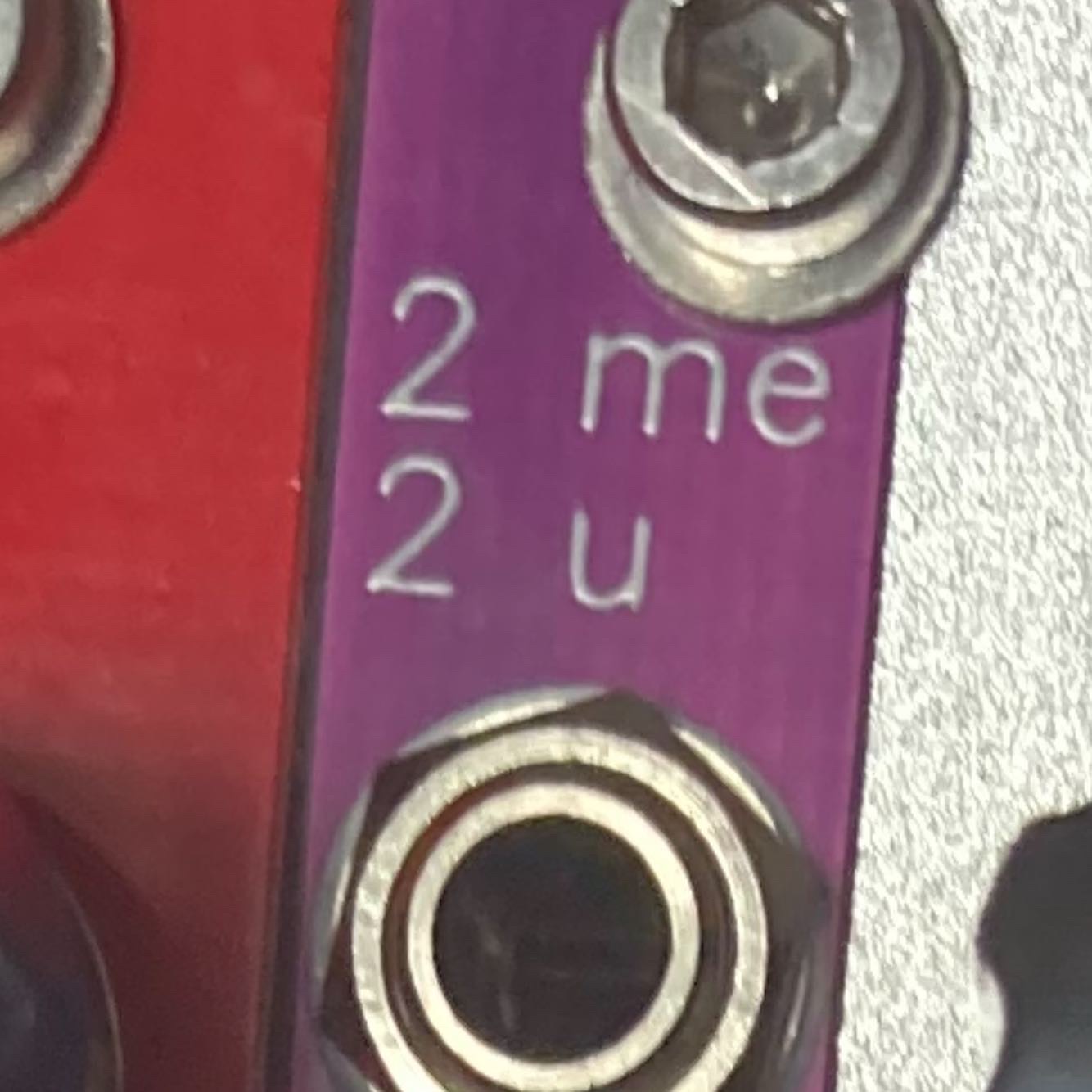 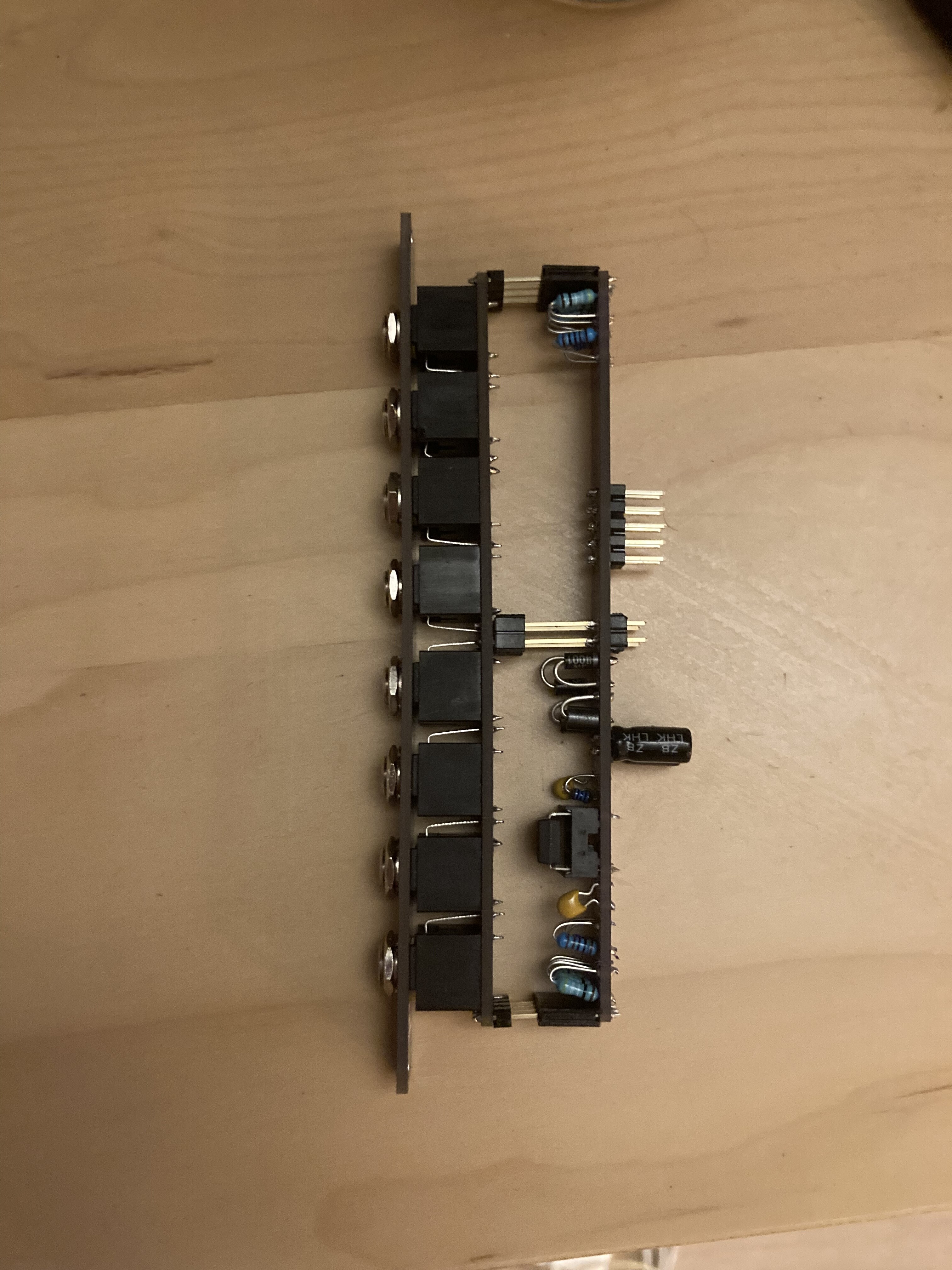 Awesome, glad to see another video maker out here!

Mults with built-in busses are a really good idea for managing signals that get patched all over cases, especially if you want to cut down on extra cable clutter.

Look forward to seeing future projects from you!

EDIT: Reminds me of Moffenzeef Modular’s unavailable Bus Mult but for video! If you build up enough of them, you know you’re obligated to do a demo video like this

Hahahah that’s brilliant! If I get 84HP worth of built orders I’ll do it

I wonder what hundreds of stages of buffers does to a video signal, you’d hope nothing but I bet they add up eventually?!

Every time you put a signal through an op amp, some tiny amount of delay occurs. Nothing like TBC delay, it’s a far smaller timescale. It’s in the order of a few nanoseconds (one SD pixel is ~70 nS) but it’s there. Eventually you would get some softening of the image. You could make a kind of filter/phaser bank by stringing a ton of unity gain configured op amps in series and tap various stages out to jacks.

It’s probably quite a lot of op amps to implement that so there are probably better approaches for the end result.

Yeah and each stage is going to add a tiny amount of noise. I don’t think I’ll be designing an op amp based delay line any time soon

This totally works—the Warm Star Fragment cascaded mult can be used as a video delay by patching the first and last stages. (There is some high-freq roll off because it doesn’t use video-bandwidth op amps.)