I’ve been working on this for personal use, but I imagine I’m not the only one in need of this. Keep in mind, this is just the opacity portion of the color chords circuit, and is more of an expansion module. You’ll need some type of matrix mixer after in the signal chain.

Basically, it clips a signal to 0-1v, and the signal is split to an output (to mixer channel) and an attenuator. The attenuator is the amount that subtracts from lower layers. I’m considering adding an opacity cv input here?

The example is using only two layers due to me being low on op amps, but the same rules apply to all lower layers. It will be an expandable module, so you can add more layers (there will be a limit, not sure how high I’ll go). I would like to make one for chaining rgb backgrounds at some point (yikes, around 10 lm6172’s)

In the example above, layer 1 is the gradient ramp, and layer 2 is the scrolling bars. I’m just turning up and down the opacity of layer 1, as well as adjusting the colors on both channels. I also adjust the opacity when layer 1’s color channels are all the way black (almost behaves like a vca). Outputs are going into @VisibleSignals Matrix Mixer.

I plan on a 4hp board with an opacity slider, possible opacity CV input, 1 pre opacity output on the front (for going to matrix mixer channel), and a handful of post opacity output jacks on the back of board for chaining to lower layers.

Seems similar to Fox’s Veil, but with separate outputs for each layer (if I understand correctly) — which can be handy for colorization, as you’re showing.

Don’t 100% understand having outputs on the back. So the idea is that it would be necessary to hardwire those to a matrix mixer?

Yea I love the veil! This is more just for coloring. 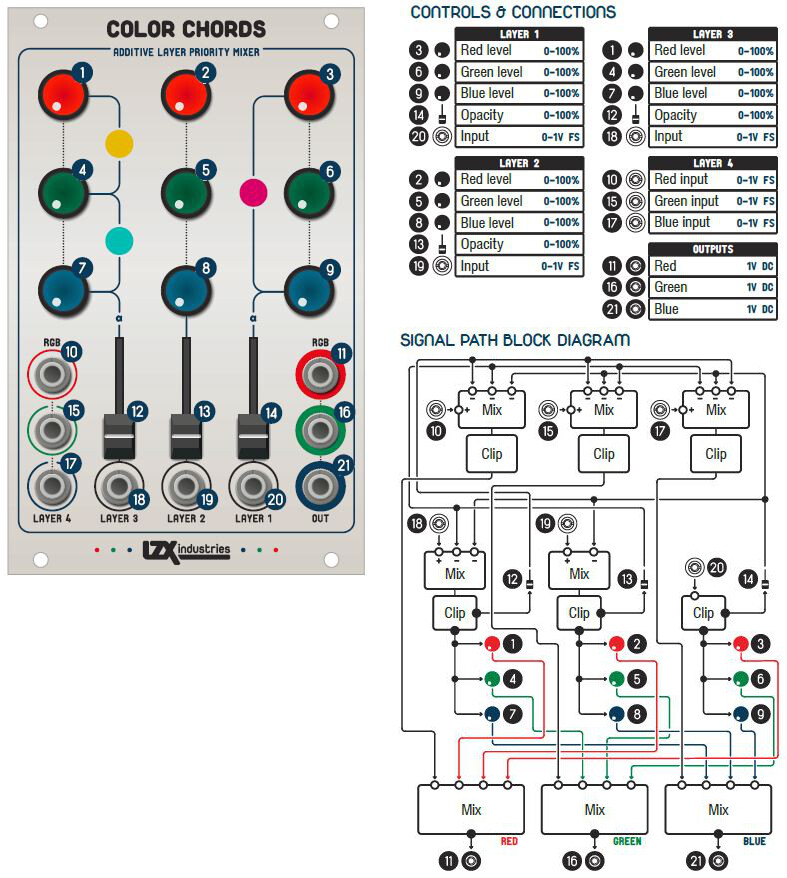