As we move to HD workflows, and CRTs are very heavy, I’m looking at HDMI monitors for my setup.
I want something studio level, maybe with SDI and or component input too, but also want to keep the budget under $500 if I can. Likely have to search for used things, or get a lesser known brand. 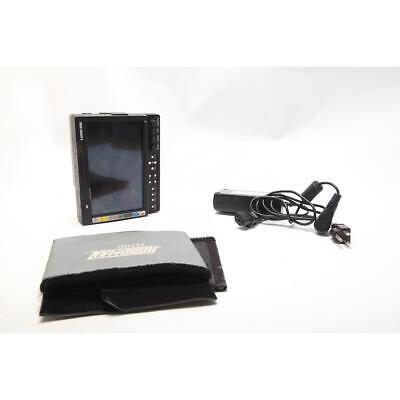 SKU: 1566943. Two other major features include Marshall's industry leading FALSE COLOR and PEAKING Filters. The large selection of battery adapters can be interchanged (or "swapped" out) by the end-user.

I have one of these but it has HDMI in/out instead of the 3g SDI in/out
I also have another marshal monitor that I don’t remember the name of but I really like both of them.
having these small monitors is so awesome I have one for SD and one for HD but both accept component.

Can vouch for these too, I have two of the HDMI versions of this Marshall monitor and they’re great.

Thank you this is great recommendation. Anyone got any larger size recommendations, also that do full 1920x1080? I’m thinking 10"-20" for the main. Perhaps 7" for Preview is nice though.

FWIW, I bought a used Marshall v-md171x off Ebay a while back and thought the panel quality was terrible. (Thankfully it had other issues too that the seller didn’t mention, so I was able to easily return it.)

I just ended up finding an old 19" LCD TV on Craigslist. It doesn’t have nice controls like a pro monitor, but it is full HD and has component and HDMI inputs. And it was dirt cheap.

But, perhaps more helpfully, I recall seeing (here or on Discord or FB?) that Lars/LZX is using a Seetec monitor.

this is the seetec monitor lars mentioned

Oh yes this is what I’m looking for for a main screen! Thank you!
Might need something smaller cheaper and full HD for the preview 4 up monitor

The promo graphic for this 5.5 inch monitor is an amazing photoshop scale error 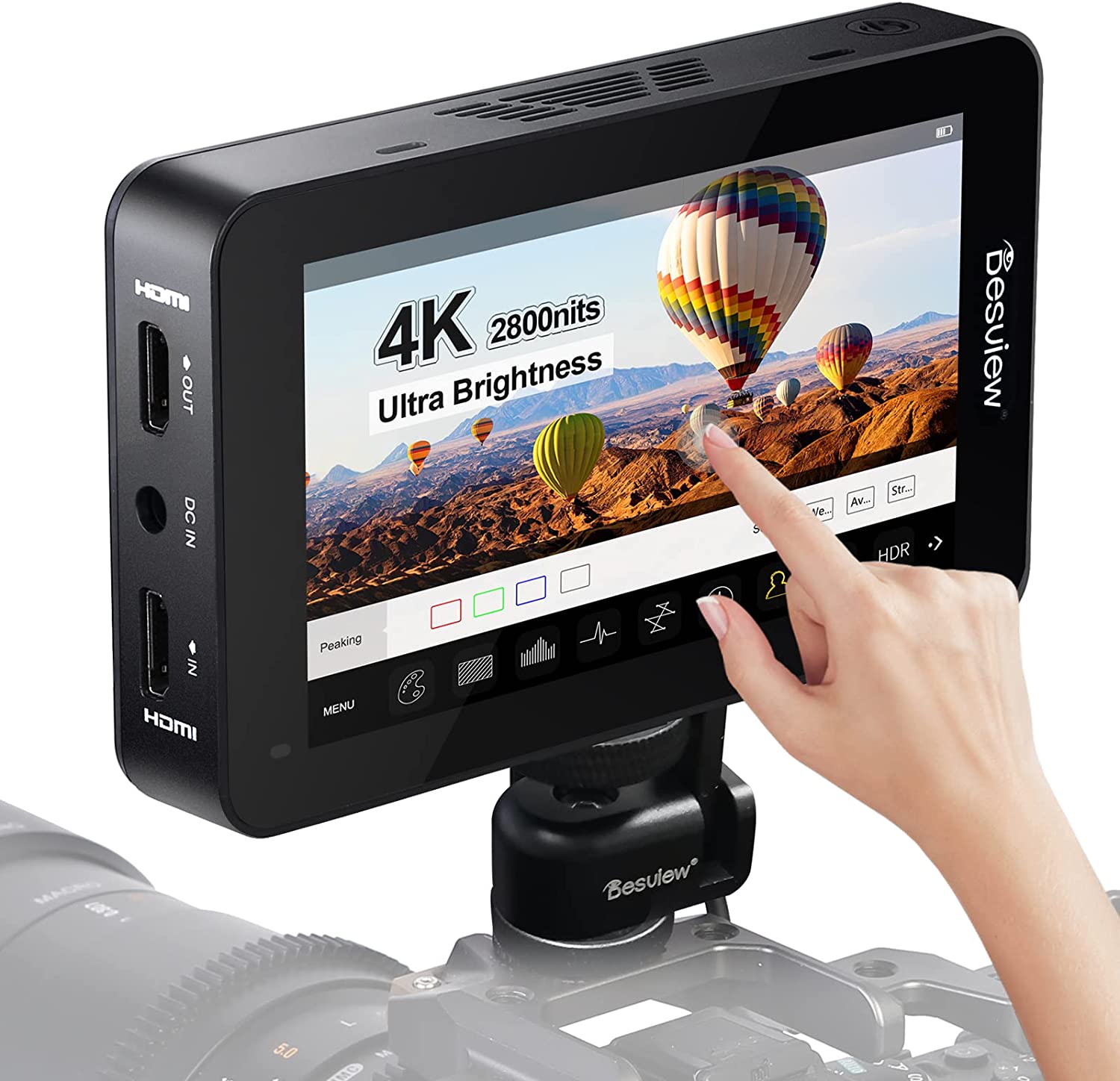 Those are all 8bit, right? I’m just curious.

The 10bit 4K monitors I’ve found all cost a lot more. For example, the 10bit 4K version of the HD monitor I use on this desktop computer costs 6X as much, so that’s well outside my budget. Capture/monitoring go together at some point, in either production or post-production, so why capture video using 10bit sampling when you can only display 8bit?

While it may be too soon for some of us to to think about 4K, nevermind 10bit 4K, it may still be worth following developments and falling prices.

So this is a fascinating and valuable thread. Thanks.

I’ve been very happy with this monitor, which monitors all the Gen3 formats nicely.

so why capture video using 10bit sampling when you can only display 8bit?

You could argue that the extra 10-bit headroom helps gives you a little wiggle room during final color correction processes before mastering the video, but it depends on what you’re doing. If you’re just recording raw captures and using them unmodified, 10-bit doesn’t make a big visual difference in the end.

Well, I’m cropping and scaling my videos, plus effects like mirroring in post, but I also sometimes tweak the hue and saturation, or blend with some other video(s). When I process video from another source, its either B/W or I’m doing extreme things with filters etc. I’m not sure any of that can justify the extra bits a 10bit monitor would give me.

BTW, I’m using a 17" Blackmagic monitor and their dual 8" monitor. (The 8" monitors show proper black and proper white, unlike the 17" monitor.) I got both heavily discounted, however, and the 17" monitor is now discontinued. That’s for my production rig. My post-production computer uses an Eizo HD monitor. Their 4K monitors are still outside my budget. So if anyone wants a 4K video from me (e.g. HD from ESG mirrored), I will only be able to view it myself as HD.

This thread is still of great interest to me. I might add some of the recommended monitors to my list. Thanks, everyone.

If you have a 10-bit final deliverable with 10-but captures, 10-bit would make the most visible difference in reducing or removing gradient stairstepping due to the increased color detail. More and more 10-bit panels out there these days, most smartphones, many 4k tvs, and some computer monitors. So ProRes 422 masters are 10-bit, and codecs like HEVC and AV1 support it well too. Personally I’m not uploading 10-bit compressed files to the internets yet, but might explore it in future, all my masters and captures are ProRes.

For these preview and master monitors for video mixer purchases I’ll probably do 8-bit panels as they are cheaper. I think these are all 8-bit in the thread. But my computer monitor is 10-bit and I do post on my work in 10-bit.

One issue though is my video mixers process in 10-bit but output 8-bit, so full 10-bit workflow would need some tweaking.

That said, would anything in LZX line output 10-bit Lars?

so why capture video using 10bit sampling when you can only display 8bit?

You could argue that the extra 10-bit headroom helps gives you a little wiggle room during final color correction processes before mastering the video, but it depends on what you’re doing. If you’re just recording raw captures and using them unmodified, 10-bit doesn’t make a big visual difference in the end.

@dr_rek I swear by my BlackMagic video assist, monitor and recorder in one. If you wanna come by ResFreq next month and check it out (or play!) hit me up… (as long as you promise not to get me started on 4K and 10 bit and the capacity of the human visual system

I do my post-production using FFMPEG. The first thing I do is strip out the unused audio channels from my captures, which are 10bit 422. The result is a 10bit 444 quicktime file. After various stages of processing, I convert the result to MP4 and upload to Vimeo. So anyone with a 10bit monitor can checkout those videos and tell me whether I’d benefit from a 10bit monitor. For me, the final stage - right before my eyes - will be 8bit. I’m ok with 8bit for the reasons @wiatrob hinted at. I think 10bits makes sense for the processing steps I use, but that’s a very different thing from the viewing experience. It might affect video feedback, but I doubt it’ll matter considering the filtering I use for that.

However, I am interested in 4K monitor suggestions, with 8bit prefered for budget reasons. YMMV.

BTW, @Dr_Rek, I love your videos. I don’t think you need to worry about your mixer.

I love your videos, too, @wiatrob.

Thanks! Not worried, just curious. The smoother gradient rendering benefit of 10 bit is nice. But not necessarily achievable if all the synths and or mixers are outputing 8-bit color anyhow. 8-bit is generally no problem.

We can look at HV ramp generators as a case study in where the differences apply, too. When you’re trying to apply spatial properties with a gradient, then the gradient needs to have a bit depth not equal to the color channel bit depth, but to the spatial resolution.

For example, if our resolution is 720 x 486, then we need a minimum of 10 bits (max value 1023) to approximate the horizontal ramp for an accurate per-pixel update rate. But 9 bits (max value 511) is sufficient for the line count. When we move to 720 x 576 though, you can see that both generators now need 10 bits. That’s why DSG3/Chromagnon ramp generators are 10 bit DACs natively.

So there’s a big difference between the 10-bit ramps and 8-bit ramps when it comes to in system spatial properties and modulation. After you’ve recorded the results though, at the display side, those spatial properties have already been applied, so color depth is what matters.

The point being, the desired bit depth may be dependent on the use case for the signal. Reference ramps should be as high bit depth as possible, whereas RGB images are usually rich enough at 24-bits RGB (8 bits per channel.) We break a lot of the normal rules and associations in an LZX patch, where both textures and vertex buffers share a universal language.

Neat, so if I wanted to make a full 10-bit workflow in HD, does anything support 10-bit output, like ESG3 and Chromagnon over component?

Those outputs are purely analogue, so 10-bit just applies to where they are being captured. When we do an HDMI or SDI output, we’ll have a think about 10-bit or 8-bit A/D.

Nice! Hmm, how to get the component output into a Ninja 2 in 10-bit HDMI… Both my V4EX, and V40HD I just ordered to mix in HD component, the output processing is 4:2:2 8 bits, so have to skip that to capture 10-bit. Maybe needs a direct connection component to HDMI converter that will do 10-bit… anyone got suggestions? I would like to explore full 10-bit workflow for HD studio work. Maybe I can revive my buggy Black Magic Thunderbolt 2 intensity shuttle with a TB3 adapter, but it had serious frame drop issues last I tried it, maybe it will work on an M1 max… ahaha maybe.