Doubling Up On Modules

Thought I’d get this topic started for LZX users that seek advice on which modules they may choose to double up on.

I chose to go with 2 x Prismatic Rays and 2 x Doorways when I first started my LZX system late last year and I’m very happy with the choice that I made!

Doubling up on Prismatic Ray can really open up a whole new palette of shape, pattern generations.
I always find myself naturally using both modules in patches instead of just one.
I would say that out of all of the modules to double up on, I recommend Prismatic Ray.

Doorway is another module that I’ve had a lot of fun with doubling up on! Received them about a month ago from backorder. Between them both (with other modules at play) it can really bring a lot more complex, technical shapes and figures into your patch … Still quite new at using it though, so this is just my thoughts on it so far.

But, I would love to hear what modules everyone else chose to double up on, or tripled on, or quadrupled on!

I’ve said double up on this topic way too many times!

staircase is a great module for doubling !

I also have two curtains

this is a video of the stable self oscillating curtain via horizontal sync
3 Likes
brownshoesonly August 7, 2018, 2:23am #3

The Expedition series of modules is specifically meant for doubling, even tripling (RGB) in comparison to the discontinued Visionary series where triples were common.
cascaded staircase and nested keys.

2x navigator can pull some great gradients. I always love double mapper! worth the money really.

Id say get 2-3 video oscillators, and then start doubling on the staircase and doorways. So much patch complexity will come from doubles/triples.

Ive had around 5-6 of my BSO Quad Video Mixer, and had a good amount of multiples in the visionary lineup in my prior system.

Passage (which is really just an evolution from the Visionary series “Triple Video Processor”) is another good one to double up on. It’s a great way to get anything into RGB and also just functionally dense for utility mixing.

One of the big tenets of the Expedition series designs is that I tried to make each module stand as an independent block, rather than being reliant on other modules to make the most of it. What that means for system design is that there aren’t many scenarios where you hit a dead end. Most modules process linear waveforms and can be chained forever. It also means that once you find a module you’re really communicating with and loving a lot, going double/triple/quad will usually work out great. So I’d really encourage you to just find the module you’re having the most fun with, and get a second one.

Some of the Expedition modules will scale best with the reintroduction of a TBC into the system so you can start processing multiple external feeds (Marble Index, especially.)

But my hands down favorite for getting multiples of is Doorway. That module is full of tricks – the background/foreground inputs being used to join together keys is so powerful, and the key to unlocking complex shapes and figures outside of the standard quadrilaterals.

If you’ve got a small system, Staircase is the one to double up on. That module definitely gives you the most geometric density for your dollar and HP space, and multiples simply expand upon each other.

I’m onboard with all of the advice shared thus far. Multiplying the same module in a system is deep magic. Here’s where I’m headed once restocks hit vendors: 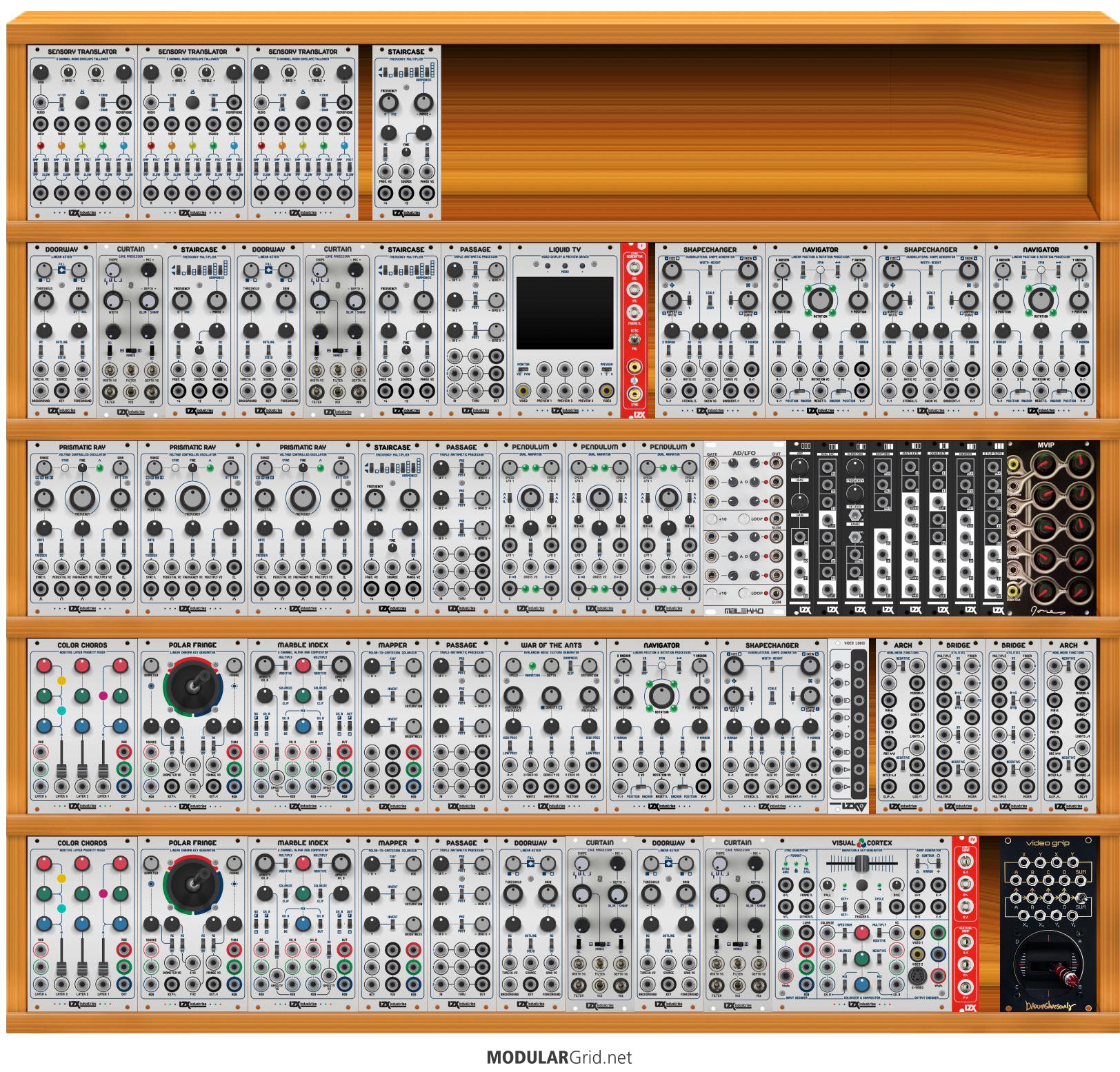 If I had to choose which modules are most useful to me in multiples Bridge and Passage would win hands down. I could justify have 2 of each in every row.

Fun Topic! The beauty of the Expedition line (expanding in multiples) is also very dangerous… it is soooo easy to justify two, three, four of every module!!!

Aside from agreeing with the previous replies, I would like to add the importance of knowing the direction that you would like to take your video work and in turn your system when planning and building your rack. What one person might choose to double or triple up on another may not include in their system at all. Say for instance, linear ramps based synthesis verses external video processing.

Anyway you go, I think that Doorway is a great module to get multiples of. I have chosen to double down on Doorway, Marble Index, and the upcoming TBC2 (I still like to refer to it as Bell Tower) and do not have a single VWG or Prismatic Ray.

Looking forward to hearing from others and how they have built out their Expedition modules in multiples.

Im still expanding my base system, my only doubles are Staricase and PrismaticR and I’m super happy with both of them…

I remember that Lars mentioned on the past that doubling VisualCortex could be potentially a beast for composition/keying with all those wonderful (spectrum) effects and video modes (additive, multply).

This is an awesome post in an awesome thread, bumping for relevance as restock approaches. Also bumping in hopes to further the discussion. We would like to distill these notes on doubling and your design implications from the expedition series.

This is a great thread, which I’ve been getting back to several times. I always thought that having two of something (in a modular) squares your possibilities, not doubles them. So it is very cost effective.

I sort of built my LZX system backwards, based on what I could get my hands on, so I had Marble Index+Polar Fringe and a bunch of other stuff before even having the staple building blocks Doorway/Curtain/Staircase. The latter three have all been mentioned as great for doubling, and I really want (“need”) them. So, I managed to get my hands on two of each of them now, eagerly awaiting delivery in the next couple of weeks from various dealers.

I also have doubles of WVG and Passage, and I will get a second Prismatic Ray at some point.

A Navigator/Shapechanger pair would “complete” my analog video system, but they would have to wait a bit.