Hey everyone.
I’ve been lurking here for a while, I didn’t feel like making an account until I had something working.

I got into video stuff too late to start a castle system when it was sold.
I was in the process of figuring out my own solution for sync gen and encoding when I saw that
the Cadet system was released into open source with gerbers and all.
So I took the plunge and ordered 10x vcos and 5x of the rest at jlcpcb and began ordering parts. 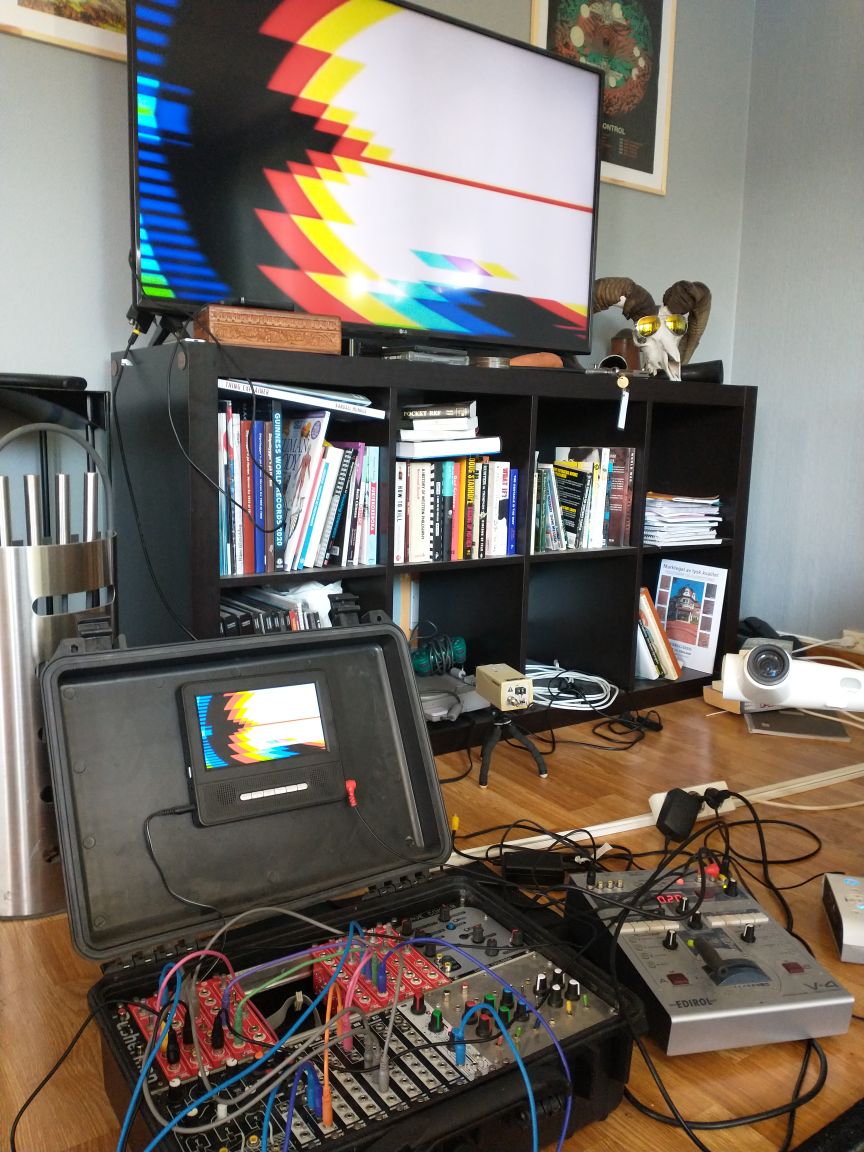 So far I’ve built one of each module. (well 2 vco’s but only one works^^)
Finally today I got the 74hc4538 for the sync generator. The last part i needed to start testing.

I got my VCXO from alibaba, sold as a genuine part but it clearly isn’t when inspecting in person.
I’m happy to report that it does work, though only with an external signal to sync to.
No big deal, but does anyone have an idea what’s wrong?

Having some castle modules from before to play with as well.
I still have a lot of modules to build
I’m very happy with how this is coming together.

Thanks a bunch to LZX for releasing the gerbers!

There’s many knowledgeable people on here but Bastien at @syntonie instantly comes to mind regarding the ability to diagnose something like the Cadet I & II combo and help figure out what’s wrong with your VCXO sync setup.

Enjoy the soldering & if you’re not on Discord, I posted in another thread on here about a video chat on Sunday July 17th from 7pm CET (Central European Time). Feel free to join in & tell us something about yourself on there if you like & many of us have Cadet & Castle modules in our racks so we can provide some tips & tricks.

Congrats on building the Cadets!

Weird that it does not work in non-genlocked mode, what are the symptoms? No output at all? If it does work when genlocked, it means the sync generator works properly, so maybe it’s an issue with the VCXO resting frequency, as described here:
https://community.lzxindustries.net/t/cadet-rgb-encoder-bmd-mini-analog-sdi/

I would first try with another monitor, as maybe the one your using is a little picky if the sync signal frequency deviates from the standard. If does work with another monitor, you can try adding pull-up/pull-down resistor as shown in the topic mentioned previously to see if it helps. If it does not, maybe a replacing one of those resistors with a trimmer + small value resistor in serie so you can adjust the nominal frequency of the VCXO manually until the monitor picks up the signal. One drawback of adding pull-up/pull-down resistors is that it will result in a horizontal shift when in genlocked mode, so a solution is to use a switch to disconnect them from the circuit when needed.

Let us know how it goes

(Loving that euroracked FFG in the bottom right of your case! Are the extra CV inputs to control the bitswap switches with an external signal? Really neat, would love to see how it looks once modulated!)

I measured as you said and my values seem a little extreme.
between the jumper, r13 and ground.

with external input, making a stable image : 4.67V
no input, not making an image: 33.3mV
so almost at rail voltages.

Now I can’t even find a manufacturer for these vcxos, so I suppose I should be happy it works at all.
a 4pin device (no !enable pin) with the markings v13-500 *KDSH 737.

for now I’ll leave it be.
I think I will want to get a genuine vcxo before i start adding pullups and such.

(those inputs on the FFG are binary. just a gate flipping the bitswap switch really fast.)

If you don’t care about external video lock, you could always build the Cadet I with a normal 13.5MHz crystal instead of the VCXO part. You can also make a VCXO out of a normal crystal and a varactor diode like SMV1255. A 27MHz VCXO is a little easier to find – using that with a CMOS divider could work too.