I have substantial Eurorack music racks and don’t yet have any video modules. I have a large library of videos, and I’d like to have excerpts from those videos coordinate with live synthesizer performance. It seems the Andor 1 alone will allow me to coordinate playback of a collection of videos, given a MIDI module that will control the Andor’s playback. To go deeper, I’d like to also modulate the image of the currently playing video in the playlist in whatever interesting ways may be available, so I’m asking what LZX modules offer some of those ways?

The MKV/H.264 videos are of people doing things movie-style, and are not in themselves visual art. The art will be in the way the video playback counterpoints the music. As a video beginner, I’m looking for suggestions to investigate modules to add to my rack, along with techniques that will perform interesting effects on a playing video, where the video manipulations can be voltage controlled using other music-oriented modules in my rack. I would hope that one or two modules in addition to the Andor would be enough. A second Andor going out to a second monitor might also be practical.

I just got a visual cortex and a few other modules ( prismatic ray, arch, bridge, sensory translator, color chords) for genrating patterns and processing the output of my macbook running lumen

Big thing to remember generally lzx modules are 0-1volt for cv so need scaling ( bridge,scaler or attenuatters) so you can modulate them

Difficult decision if you ask me!!

I don’t solder. I have a budget to buy any number of LZX modules.

I’m trying to get a sense of what these modules might actually do visually to the kinds of videos I have, which can be thought of as sequences from movies or TV shows you might ordinarily see. I know the names of the LZX modules and their technical specs from the web site, but I’m still not clear on exactly what these modules can do to these kinds of videos beyond transitions, so that’s why I’m asking. The LZX uses I’ve seen show geometric shapes and colors being modulated and changing, which are rather abstractly designed light shows compared to what I’m thinking of doing.

Ok the main things that you can do to process video are keying , solarization, colorization , distortion (adding noise) blurring , negative image, mixing horizontal and vertical warping and scrolling ( probably lots of other things too, i’m only a beginner with video hardware my self so maybe someone else could add to the list)

Generally all of these can be done by either the cortex or the vidiot as a starting point - more modules will add more texture, better controls, more control etc i’d recommend looking at the starter systems for expedition and buy a second and or third of the modules that you like

Tbh probably the best place for examples is instagram imo

Another great place to look is the muffwiggler videosynthesis forum there’s a sticky post for video doodles which undoubtedly has at least a few examples of vc, vc plus other modules, vidiot etc processing video

If you can live with some doubling of the input and a line down the middle* i’ll probably post something on instagram this week ther are already 3 of me processing incoming video, but its abstract out of lumen or the screen saver - mostly colourization and solarization - for example

*I ‘m debugging at the moment only got vc last week and was away all weekend but the issue is probably between computer and synthesizer either the cheap anazon usbc/hdmi converter or the cheap ebay hdmi / component adapter or the combination of the 2 which even if i can fix i may keep as a possible effect!!!

LZX has been posting clips on Facebook demoing processing video with the Memory Palace.


If I was in your situation I’d probably think about starting with Memory Palace for transformation/feedback, Video Cortex for composite input and a complete set of analog-domain basics, plus a Bridge module to make it easier to take CV signals from your music rack. That might be enough for you; that combo covers a lot of ground. But you could also build on that with anything from the catalog, depending on what you respond to in those modules and what your desired aesthetic is.

If you can find one, the 8-stage quantizer/sequencer is my favorite single module for processing video of people (at least until Memory Palace ships):
https://analoguehaven.com/lzxindustries/8stagevideoquantizersquencer/

And if you’re into the glitch/deconstruction aesthetic, you might want to also look at adding some standalone glitch hardware with CV inputs like the Tachyons+ Vortex Decoder. Nothing in Eurorack currently does this stuff (but it sounds like that’s going to change in the near future.)
https://tachyonsplus.com/gear/#/vortex-decoder/ 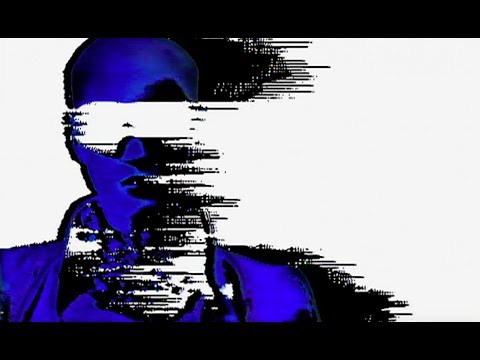 I’ll try to do some more basic videos - just VC and bridge, just VC and Prismatic Ray soon and will add in Staircase when I pick it up on Saturday

Modules were re-patched to some extent and wiggled live

Don’t think it’s out yet — or even know exactly what it does — but I’ve seen that BPMC has been working on the Fluxus Duo.

Thanks, this is a big help, these demos give me a good approximate sense of what’s worth doing to a moving movie-style image. I should say that I really prefer to stay within Eurorack, as I already have cases and skiffs to keep things portable and the workspace compact. I’m hoping the Andor would be my only external unit.

Regarding an essential, beginner’s setup, I was hoping to be able to add one module at a time, but it appears that’s not really how this will work, needing at least a Bridge and some main effector like Visual Cortex or Memory Palace. I think waiting for the Memory Palace will suit me better, but I would like to ask: when you say “a complete set of analog-domain basics,” can you please list out a (minimal) complete set?

As I understand it, at the very beginning, the Andor will be enough to get me started because it allows me to cut back and forth between a collection of videos using MIDI from my rack.

“Complete set” wasn’t the best choice of phrase; I just meant that Cortex has both input and output converters, and units to do most of the techniques mentioned in this thread so far (color mixing/negative/solarization, keying, luma extraction, ramps and sync.) If you want to run video signals through your audio modules (like running the red channel through a filter) then Cortex will enable that.

You don’t necessarily need Bridge for 5V/1V conversion for Memory Palace, its CV inputs can be switched to take 5V so you can manipulate its parameters with your audio gear directly. MP takes control in, but it doesn’t break out the video for any processing by other modules.

It sounds like Andor + MP alone would be enough for you, functionality-wise, except you still need something to convert the Andor output (HDMI or composite) to the MP input (1V). Your choices there are Visual Cortex or the forthcoming TBC2 module. If you want clip playback and manipulation completely within Eurorack, the future Orion series sampler module might be more up your alley than the Andor, but no details on that sampler have been released yet. Presumably, though, it will be able to output 1V straight into MP and give you a version of your workflow in two modules.

Well y’all are thinking along the right lines because the next three Orion releases slated for 2019 include our sampler (yes, stereo audio support is planned), a vector-to-raster rescan converter/emulator, and a sprite and tile based pattern/shape/brush generator (which will definitely include external tileset capabilities… pretty much exactly what you describe.)

It seems the Andor by itself will do a lot of what I want, right now, inexpensively, so that’s a no-brainer. I guess the next thing to try will be the MP to see if doing more complicated stuff will be desirable, and then I can figure it out from there, deal with the Eurorack aspect etc. But it will be even longer than most places before I can get an MP in the region where I live.

why? where are you?