All About Sensory Translator

In stock. The Sensory Translator is a five-channel envelope follower module. Since each of the module’s channels is essentially a band-passed frequency band, the resulting control voltage evolves from the volume of each band. Use the external audio... 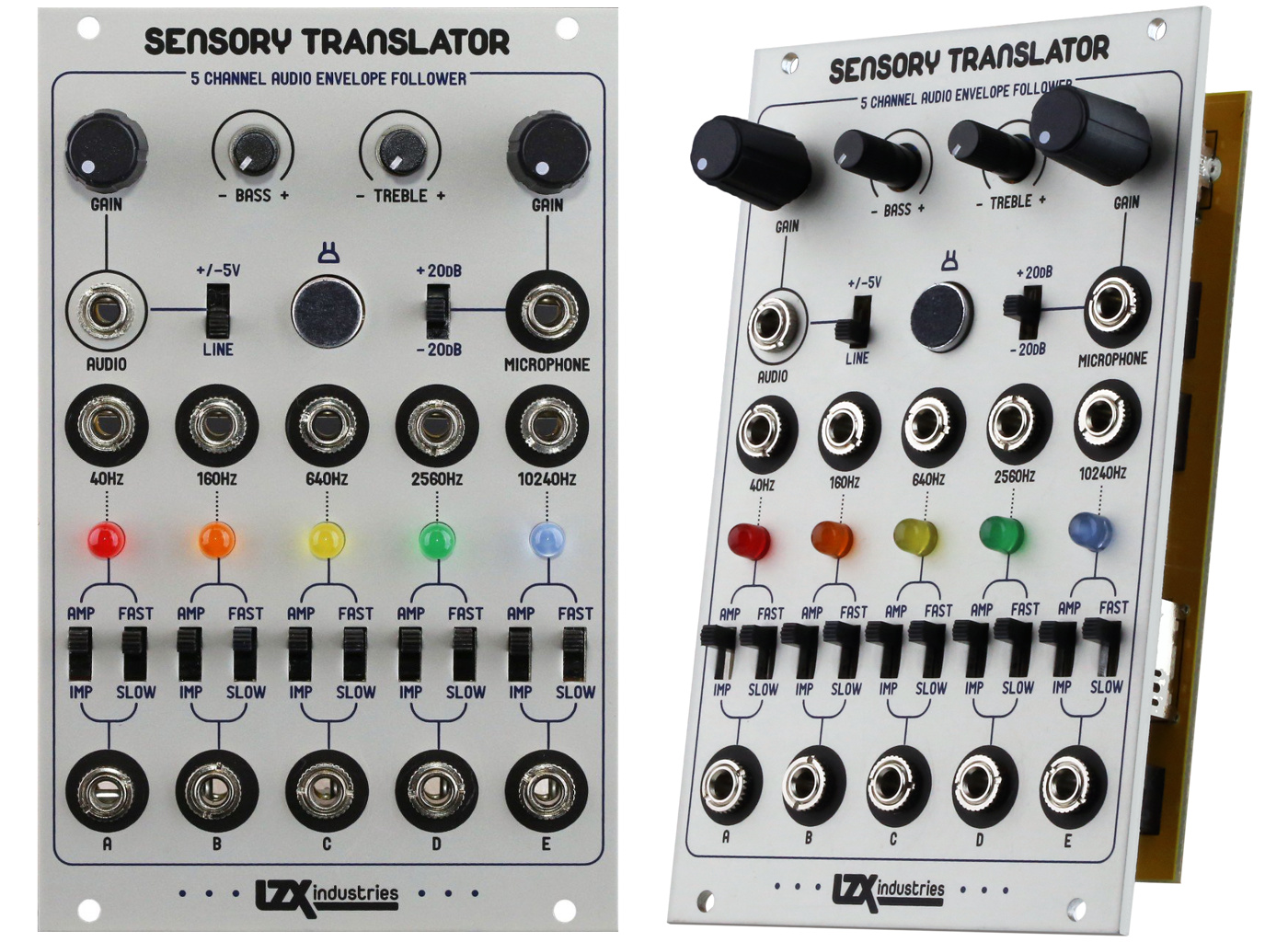 The Sensory Translator is a five-channel envelope follower module. Since each of the module’s channels is essentially a band-passed frequency band, the resulting control voltage evolves from the volume of each band. Use the external audio input, microphone, or both at once to turn the sounds around you into five channels of CV control over your patch. Listen to the room. The Sensory Translator comes equipped with an omnidirectional microphone that can hear more than you can!

The shape of the envelope is devised from the amplitude of the incoming signal.

I was wondering how one might use the +/-5v audio input? Would that be CV or? I’ve only used LINE so far.

Useful if you want to come straight out of audio modules without going down to line level first.

Ah nice, I’ve been mostly avoiding audio modular, too never ending on the GAS scale, but good to know if I do use some of my audio modules / semi modular synths with it sometime.

Okay good to know, I’m looking to pair another module with sensory translator to accelerate the curve from AMP mode. Some kind of waves shaper or slew limiter so there is an exaggeration from the 1V ping and all lower voltages.

Sensory Translator has slew control and wave shape built in, with the IMP/AMP and Fast/Slow switches. If those settings do not serve your use case, you can always set it to IMP + Fast and trigger a separate envelope generator or slope.

I’d assumed it was to roughly centre around kick frequencies at 40Hz, snares at 160Hz and then higher frequency bands being separated by 4x the previous to give enough isolation between each band as each filter is 4 pole with a two octave bandwidth.

… cymbals and hats in the upper frequencies as well as cowbell/clave.

Ah, this makes a lot of sense