I have been having an issue with my Vidiot, when I create a pattern that moves vertical the pattern jumps or jitters for example the pattern moves 3 frames down and then jumps back up a frame and then continues down. Creating kind of a nauseating effect and that I can’t seem to get ride of. I have nothing patched into it and I have ran it thru a v4 and v4ex and gotten the same issue. It doesn’t do it as bad if i go straight into my bm analog->sdi converter but I get a bunch of little glitchy bars. Plus my setup i really need it to run thru my mixers.

Here is a short video of it.

This might happen with certain patches. Could you post a photo of your patch?
Do you get the same effect at all scrolling speeds?

Yeah I do get it with all speeds, some speeds just exaggerate the effect more than others.

Here is a pic of the patch: 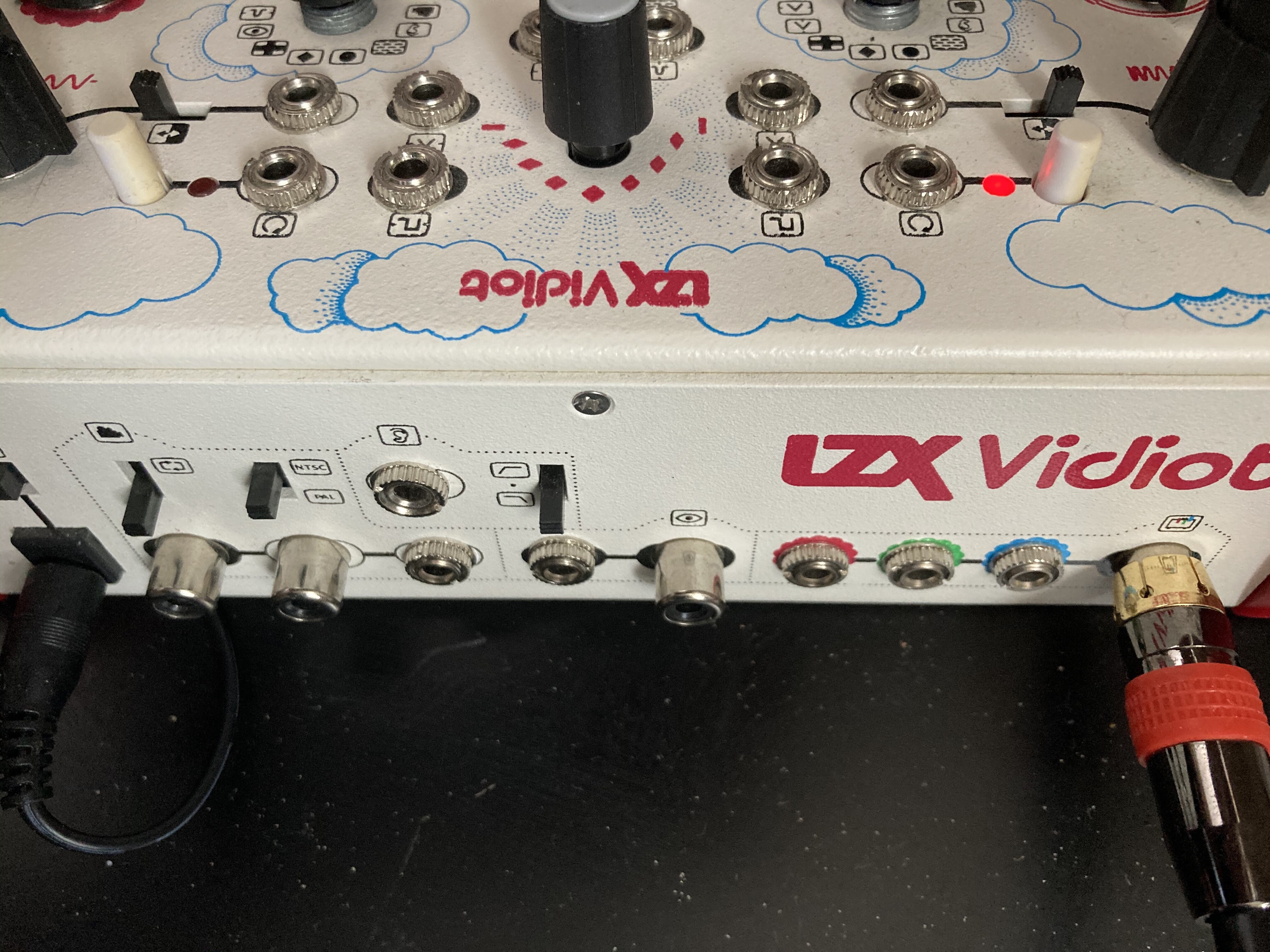 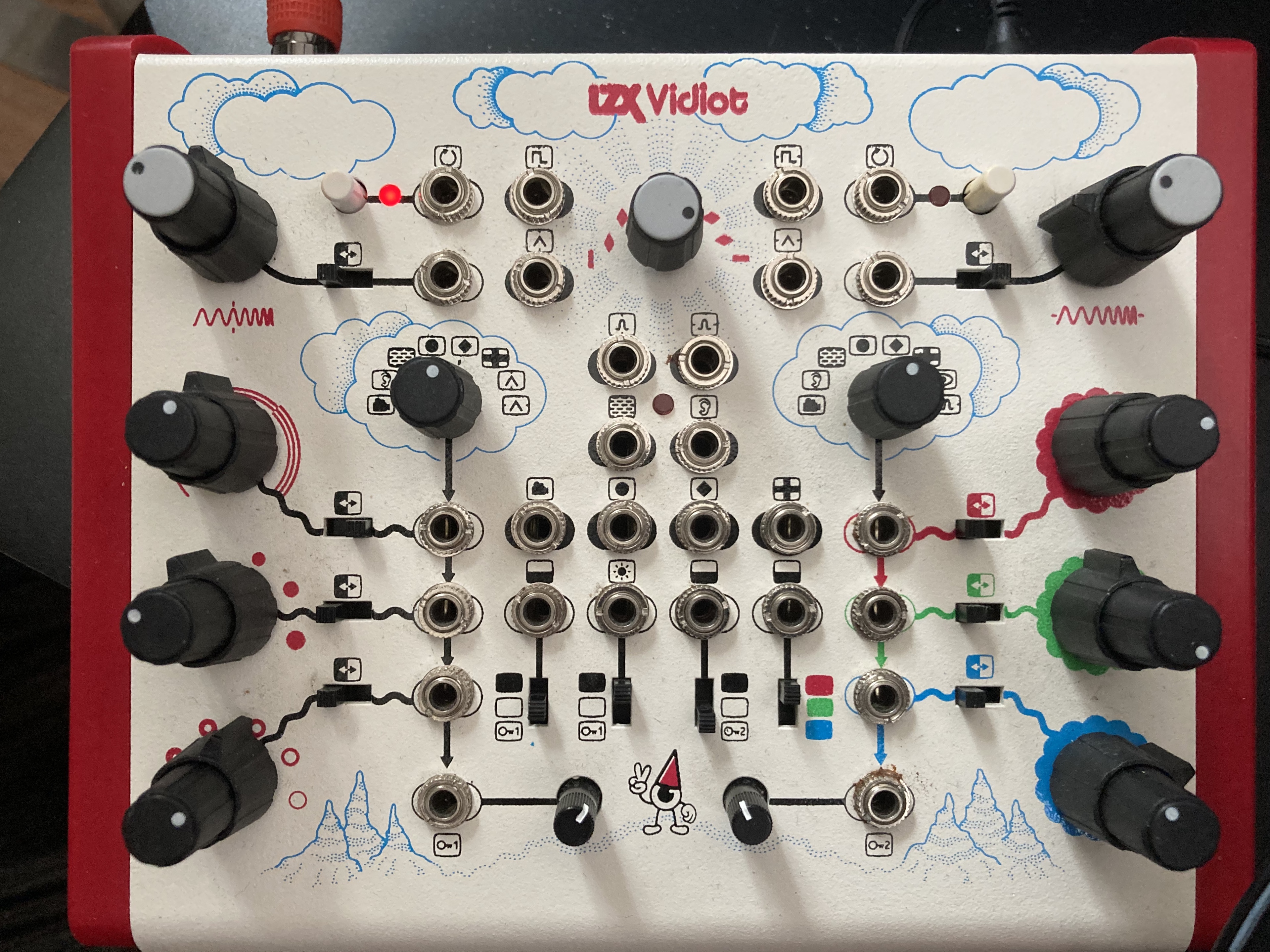 Here is a video of that patch the only thing I screw around with is the right oscillator to get different speeds of scrolling.

Jason at LZX HQ thinks it can be improved. Send a message to support@lzxindustries.net if you would like to send it in.