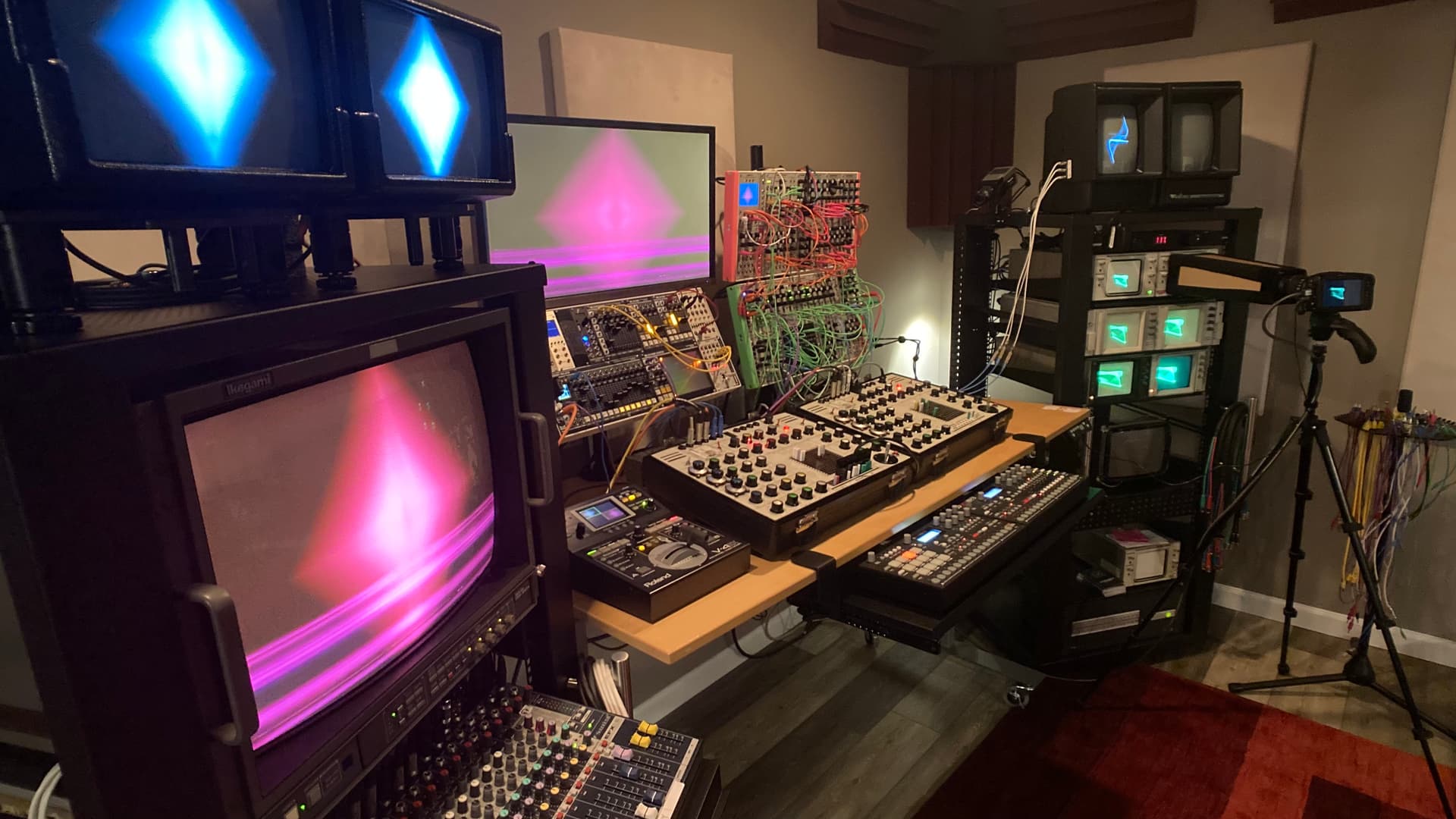 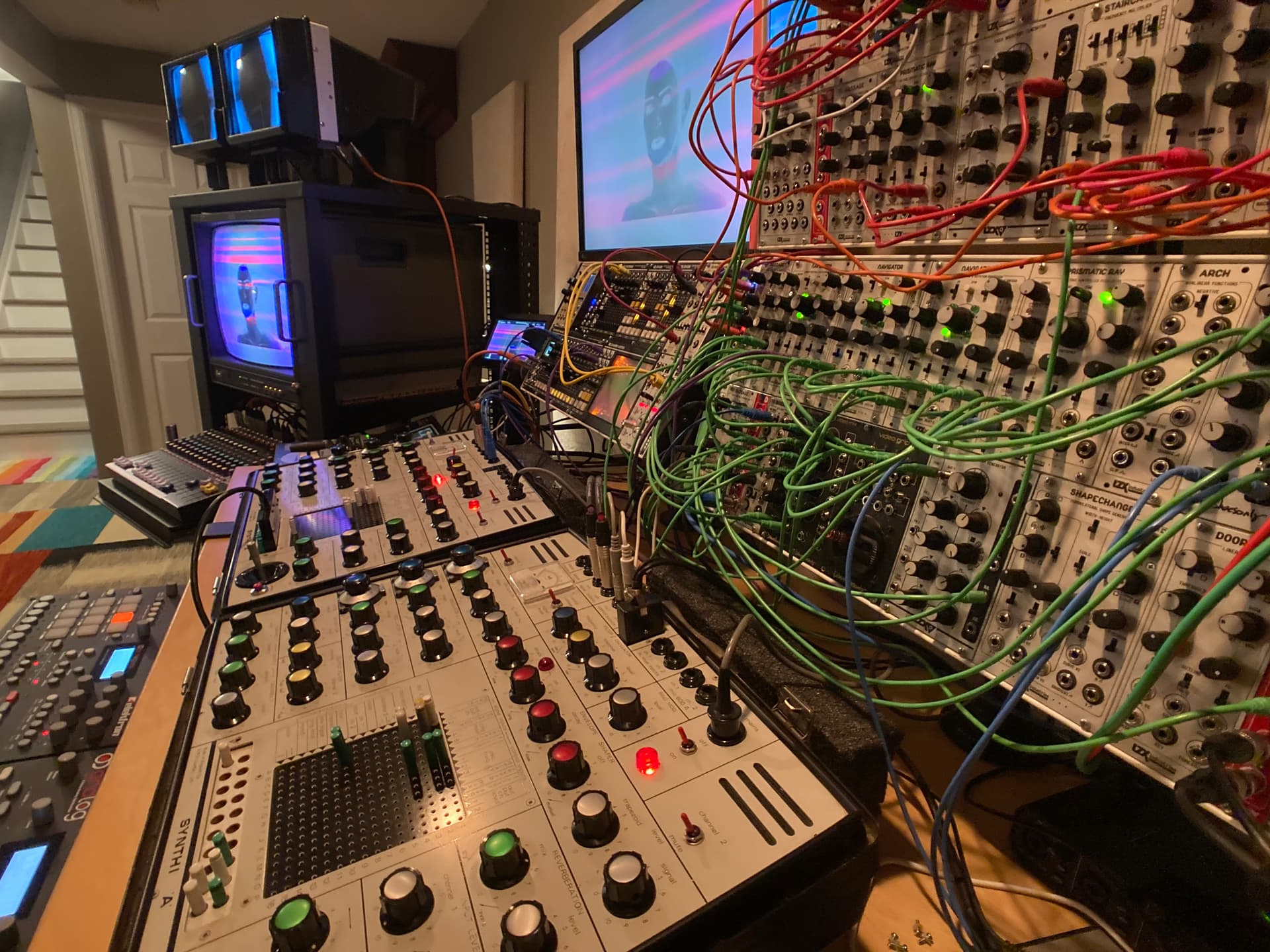 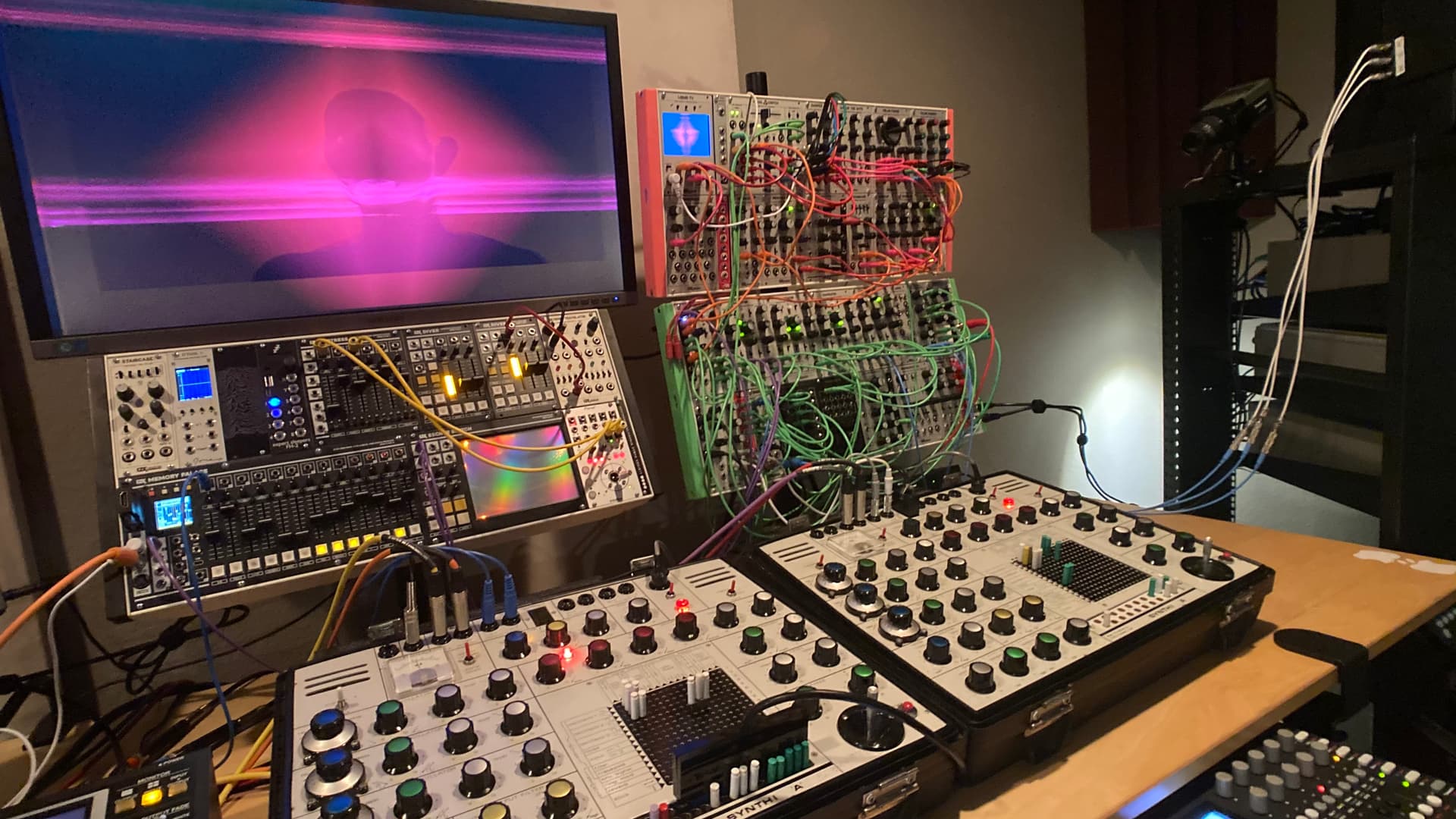 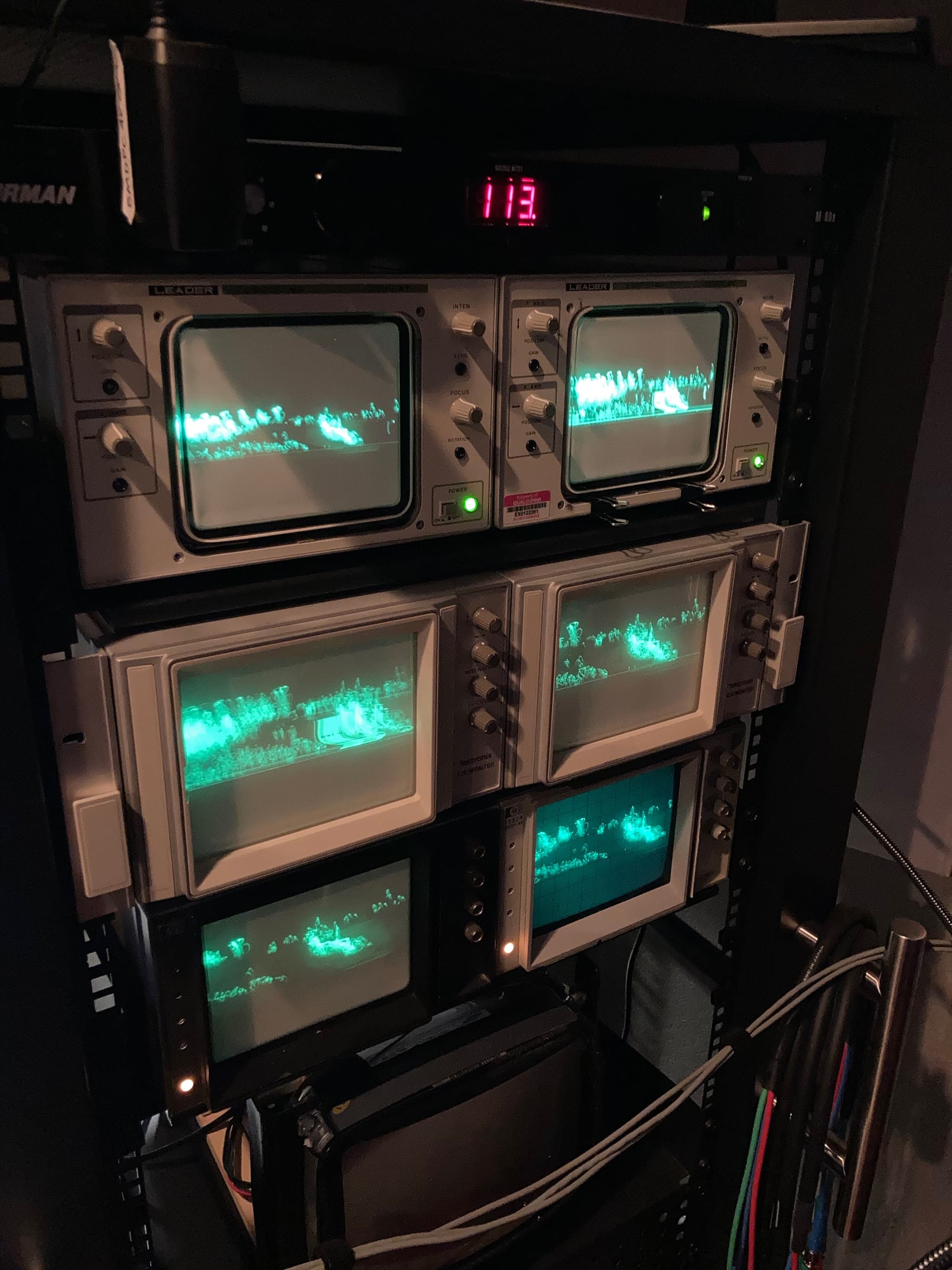 Hello fellow video synth enthusiasts! This is my first post to this forum but I have been working with video synths for a number of years now with a strong emphasis on vector synthesis. So I thought it was past time I share my current configuration in case it might spark any new ideas with your own setups.

The Vessels pictured here primarily consist of LZX and BSO modules where each case focuses on a particular method but of course can be used together for larger and more complex patches. Currently, the Visual Cortex is the sync source for everything and I’m putting to use the handy sync i/o on the side of the Vessels to daisy chain them.

The black vessel is primarily for Orion series/frame buffer-based video, the hot pink mostly for processing external video sources and pattern generation. Output over YPbPr drives a 20 inch Ikegami broadcast monitor (HD analog) as well as a pair of b+w security monitors that have a very unique shadow mask and great for re-scanning. Digital capture is done with a BMD Video Assist 4k via a Roland V4-EX mixer. I chain a Samsung LCD monitor off the Video Assist for a bigger digital capture preview screen.

The green Vessel is mostly geared towards vector synthesis and scan processing. It can support at least two distinct sets of XYZ signal paths which opens some doors for doing vector shape morphing effects. The case contains three Navigators which when chained together allow for 3-axis rotation of vector images. XYZ signal outputs are routed to an Extron matrix switcher which allows for some flexibility as to which XY displays to send signals to. I also have an audio interface with dc-coupled outputs on-hand that allows for XY signals generated from software to be patched in for further manipulation by the vector synth itself which can yield some great results.

The tower of XY displays consist of two modified Vectrex’s, 2x Leader LBO-51ma’s, 2x Tektronix 620’s and 2x HP 1332a’s. Each of which provide varying degrees of sharpness and glow that I like to use for different phosphor aesthetics. Using them in pairs allows me to use one as a direct “preview” monitor while patching and the other matching one covered with a homemade lens hood for re-scanning the scopes in a lit room.

The rack also has a color vector gaming monitor that I modified to accept XYRGB dc-coupled signals directly, but I burnt out the amps for the deflection coils while sending it higher bandwidth signals. I hope to get it up and running again soon but it will most likely be limited to simple color-based oscillographics. Perhaps Chromagnon’s bandwidth-limiting feature will be helpful in this situation.

For re-scanning I use a BMDPCC4K video camera with a Leica 45mm f/2.8 macro lens. The camera itself can capture up to 4k video to a CF card, but can simultaneously send a preview output in 1080p as a live feed back into the video synth for further processing/colorization of vector images. This is where I’m really looking forward to having a TBC2 and other Gen3 modules allowing further processing with no loss in resolution of the original re-scanned images which will be part of the next iteration of this setup.

The dual EMS Synthi-A’s are used primarily as a source of modulation for the visuals and sound of course. But I often use them as sources for X and Y with vector synthesis patches too. They conveniently have separate dc-coupled CV outputs and plays quite nicely with video-synthesis in general. You can see some examples of the synesthetic quality of using Synthi’s with video synths on my vimeo channel here: 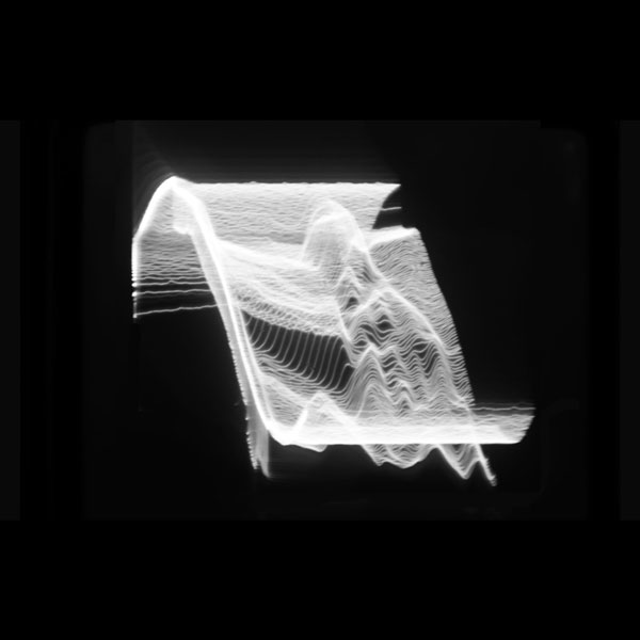 Holographique TV is a member of Vimeo, the home for high quality videos and the people who love them.

“Nuuun” is a project my partner Jahnavi and I collaborate on with Atom™. The ones up there now are early scan processing compositions we recorded with him at his studio in Santiago de Chile. There will be more to come with projects we have done with him. Also check out Jahnavi and I’s experimental a/v project called L’Astra Cosmo in the same vimeo channel.

I hope this info was interesting and helpful to at least some of you.

Wow! Amazing setup and lovely work. Thanks for sharing.

Thanks Chad! LZX has been a huge inspiration to me going back to the Visionary series and never thought I’d would be going this far with the visual tools. But Lars kept inventing new and exciting modules that I could not resist, haha!

super cool and very functional looking setup. Would love to mess around on this setup.

Hey @crixmadine, here’s a fresh post elsewhere on the forum that should be right up your alley

VECTOR HACK 2022 OPEN CALL We are pleased to announce that the next Vector Hack festival will take place between 1-8 October 2022 in Zagreb and Šibenik, Croatia. We have an open call for local participation, remote presentations, and screening works open now. All works for consideration should involve oscillographics, scan processing, laser projectors, XY displays, plotters, or other media archaeological displays. Analog or digital video works not involving the aforementioned techniques will n…

Hey @Robbertunist , thanks for the heads up on this! I wishI lived in the E.U. to make it more feasible to directly participate in VHF in person. I hope some day I can for this festival. I may consider submitting something for consideration to be screened, but alas what I do is meant to be experienced live.