Basic lists of features and specs, as well as some simplified routing diagrams have been posted here:

Memory Palace will have the same user reference card type of document as recent Expedition modules posted in PDF format before release. Please feel free to comment here with any questions.

I would like to know if all buttons are toggle or if make sense or ita possible to have some buttons as momentary (effect its only active wjile button its been pressed, when release the video returns to original state) another question I have is effects/mode buttons can be used with some sort of transition or easing or instantaneous the change when the button is pressed? if so th transition speed could be configured?

I would like to know if all buttons are toggle or if make sense or ita possible to have some buttons as momentary (effect its only active wjile button its been pressed, when release the video returns to original state)

By default they are all 2-state toggle based parameters, but I don’t see a problem with putting momentary behavior as a configuration option on our development list.

another question I have is effects/mode buttons can be used with some sort of transition or easing or instantaneous the change when the button is pressed? if so th transition speed could be configured?

No, all of the transition based parameters are on the sliders with CV inputs already. The buttons are only used for parameters that have a binary state. If you want to transition from one of the binary effects to unaffected input, this is what the keyer (and alpha channel input) are designed to do. Or external compositor.

I do like what you’re suggesting – it’s similar to the intention behind the pushbutton control for the animation generator on Visual Cortex (push to transition, use rise/fall to set easing and transition speed.) But in terms of the LZX system architecture, it’s something to put on an animation envelope / sequencing module to be used as a CV source.

With the internal feedback loop, each control cascades to a series of related actions in the buffer repetitions – so there are many very performable transitions just with slow slider movements; especially moving two sliders at once, or moving one slider with LFO modulating another, etc. With analog we are used to creating or altering just a single element at once when a knob is turned, whereas in the buffer feedback context the echoes create a whole sequence of complex movement based on simple input motion.

I’m curious about powering the Memory Palace via 12V DC auxiliary power connector to “reduce drain on your EuroRack”. Does that mean you can power it entirely via auxiliary power, or would you still need to connect it to your main PSU for additional power?

I’m pretty sure I read somewhere that the 12v dc is for the logic board and you still need to power the control board from eurorack rails, but I might be wrong

My understanding, which might not be full, is that the Liquid TV needs to be attached to euro power for sync purposes, even when powered by an external 12V DC connection.

You still need connection to EuroRack rails. Using the external 12V connection is for cases that might otherwise be strained on power load – when used, the EuroRack power draw drops from +450mA/-40mA to +/-40mA. If you have a EuroRack power supply that takes a 12VDC brick (like Malekko Power) you can use the same brick to power the Memory Palace and your Euro supply (Vessel makes this easy, with its internal DC barrel connector, you can just use a 1 ft’ 2.1mm barrel cable, like used on guitar pedalboards.) So essentially it’s the same deal as with Liquid TV; a way to offload the excess current taken up by the displays and digital circuitry.

I have a couple of these and imagine they are up to the task. This new Universal Power Supply is meant to provide more power for maxed-out Happy Ending Kits and the Mantis Eurorack Cases. It provides 3000mA of power, distributed across the + and - 12V rails as well as the +5V addition.

You will only need 12V 1A or so, for external 12VDC adapter. Look for the ones sold for CCTV systems. This one for example, looks great: 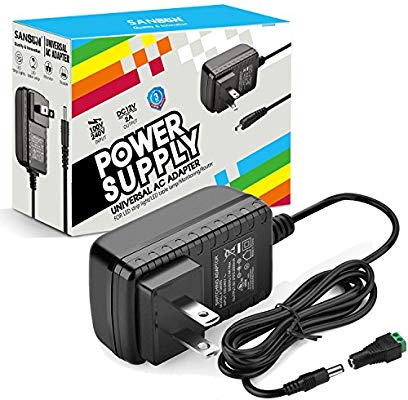 So many interesting possibilities with MP!

Just a heads up, the link in the OP no longer works.

+1 on the intro videos. Those got me drooling. Very easy to follow, I wish he could make videos like this for every LZX module!

Feature request: Would it be possible to configure its YRGB outputs to send ramps and sync (2x ramps, 2x sync)? Especially when using MemPal as the last step in the chain, this would be a super handy way of getting these signals w/o needing those extra modules in the case (for me anyway :D).

@giantmecha No I’m sorry, that feature is not possible. The YRGB outputs will always be showing the same color video source as the CVBS/S-Video outputs (it’s the same encoder chip for the YRGB and CVBS/S-Video outs, they’re not individually addressable). Memory Palace is not a standalone module, it is an expansion module for a system that assumes Visual Cortex as the core module.

Ah okay, gotcha. Thanks for the speedy reply! I’ll figure something out.

You could get a Cadet I Sync Gen + Cadet IV Ramp Gen to get those functions in 8HP.
As a standalone unit, the MP’s stills loader could replace the ramp gen in some ways.

Here is another feature suggestion for the ‘stills’ menu.

Currently when selecting the image still, with the arrows you select/toggle between folders and the image sections, and then if you press the yellow square button you change either the folder value or go to the next image on the current folder.

My suggestion is to swap the controls, to use the up and down buttons to move between images or folders, and the square yellow button to toggle between folder selection or image selection. Its a bit (not a lot) annoying to do a lot of clicks on the yellow button when the images you just loaded is the previous one since you need to fully cycle all the images in the current folder… the same will happen when we have too many folders.

will/can the memory palace accept HID messages? I suppose I could wrap something in max or PD to output MIDI instead

Is there a “hard reset” button combo for the MP for when it crashes? Or just best to turn the case power off and on again?