Alright, I know the title of this post kind of says it all. So, I have three Cadet Hard Keys, and while I am sure hanging on to these guys and adding a FKG3 would be cool, I don’t have the rack space. I was hoping that 1 FKG3 could replace and/or improve the workflow I currently have. I was curious since I have seen lots of folks saying that one should think of FKG3 as a RGB keyer and not three separate keyers. I was thinking that selling the three Cadets could get me close to the cost of the FKG3, and I really like what I have seen from FKG3.

Do you regularly use your Cadet HKGs as three separate keyers or in tandem as a RGB keyer? Would definitely recommend swapping over if it’s the latter.

For a component soft-keyer, FKG-3 reduces the overall HP footprint to achieve that by quite a bit.

If the approach in your work is to pull several separate keys and combine them elsewhere before encoding, you might find having only one threshold on the keyer limiting.

I started a reply, but then turned it into a separate post:

Describing the diverse range of activities in a video synthesizer that involve the word key can be a challenge. Here’s a list of definitions that we’ve used – this is certainly not the only way to categorize or apply these terms, but I hope it makes the intentions behind our own usage of them in relation to LZX modules clear. A key is any video signal used to control a transition between two or more other video signals. As such, any signal patched to a key input becomes a key. – A hard key …

The intention was to try to outline how the two modules are different, and how that may effect your patching.

I would imagine the 3 hard keys to patch quite differently from FKG3. So if you are hoping to keep the same feel to your patches, you may want to hesitate. If you’re looking to freshen things up with a new approach to keying in your patches though, a swap is a great idea!

Yeah, I almost replied here with a discussion of key-as-noun vs. key-as-verb, but then it became way too long and yet still incomplete, so really happy you just went ahead and spelled it all out so thoroughly.

My further 2¢ on this particular question is that, if budget and space allow, keeping one Hard Key around could be useful (and/or a Castle ADC can also be interesting in a similar way, but obviously with slightly different possibilities).

Thanks, folks for all your feedback.

So, from what I gather, I can still use 3 separate key shapes, but I would only have one set of Threshold control. I could see how that would be an interesting result, but I would change my patching. Is this assessment correct?

So, from what I gather, I can still use 3 separate key shapes, but I would only have one set of Threshold control. I could see how that would be an interesting result, but I would change my patching. Is this assessment correct?

Not quite – in FKG3 there is only one key generator, not three. But the fading/switching portion of the signal path has three channels. FKG3 offers a few ways to generate that single key that are interesting and related to the set of 3 inputs, but the actual transition point happens once, not in three different places. So you can’t get overlapping thresholds like you would with three separate key generators.

So I guess pros and cons wise –

To put it another way:

You can feed 3 different shapes into FKG, but it generates a single key, based on either the combined luminance of the three shapes (as if it were a single RGB image) or a relational/logical mix of them (R = R not GB; G = G not RB; B = B not RG).

Three key shapes but one threshold control is a more apt description of a Fox Shutter.

What are you typically patching the 3x Hard Keys into, next in your signal path?

Because, depending on what that is/those are, an FKG might be able to replace that/those, rather than the Hard Keys, if keeping some of the latter’s unique patching possibilities is important.

I think a simple/clear video example showing the difference between 3 separate single channel keys processing an RGB signal and a FKG3 processing an RGB signal would be a nice reference video for the community. I imagine once more Gen3 stuff is out (like ESG3 especially), we’ll have more people who may similarly be confused, and words aren’t always as clear as video.

(If I had the modules, I’d whip one up, especially because I too am having a little trouble envisioning the difference

, but I don’t have enough keyers to do that.)

@creatorlars Thanks for clearing that up, very helpful, I appreciate it.

I typically use my HKG’s as shaping controls for ramps that are either coming from Diver or a Cadet Ramp Generator. However, I am open to experimenting with my workflow. I am staring to feel like key generators are like VCA’s you can’t have too many.

Absolutely – key gens and crossfaders are in that same category for a video synthesizer. 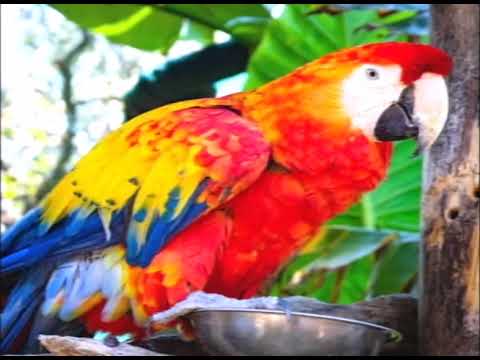 Parrot MP RGB Still → Mult
Mult → FKG-3’s Foreground input and Cadet Hard Key Generator (HKG) x3’s Key inputs
FKG-3’s RGB out, the 3 + outputs and the 3 - outputs from HKG into two Fox PASS4 (Quad Passive Switches) and then encoded. I’m switching between each set of outputs in different parts of the patch. FKG-3 is set to non-inverted key (middle), Foreground Source and Luma Mode. At 1:13 on 060722-1, I switch it to the inverted key (top) on FKG-3 so you can see that the brightest parts of the image result in those areas moving towards black when Softness is closer to CW.

For modulation, I have a variable 1V offset from DAISY multed through MULTB into the 3 VC inputs of HKG. Another variable offset from DAISY is plugged into FKG-3’s Threshold input. On all modules, the Threshold pot is set CCW and the attenuverters are at CW so they are entirely controlled by the input offsets.

Then I plug PR in LFO mode into DAISY to break the normalization so the offset is replaced by PR. Stuff gets tweaked on PR. While FKG-3 is monitored, I mess with Softness a bit but it starts at CCW, i.e. Hard Key.

Same as above but I switch MP’s RGB outs to 3 ramps out from Visionary Ramps. Pause the video at the start and have a good hard look at where the ramps are positioned from 0-1V for each color. 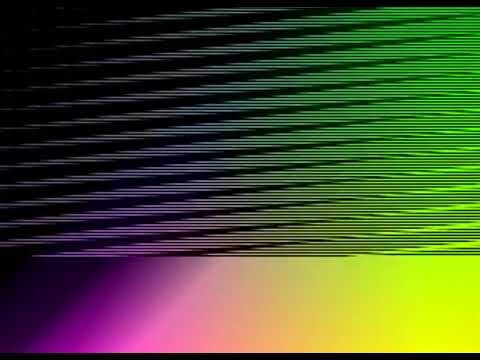 Now the major difference, different Threshold offsets on the HKGs by manually adjusting each HKG’s pot and then adjusting the offset/VCO into all three HKG’s VC inputs. The Quad Switch is regularly being flipped to show + vs - hard key outputs. First MP RGB still and then Visionary Ramps: 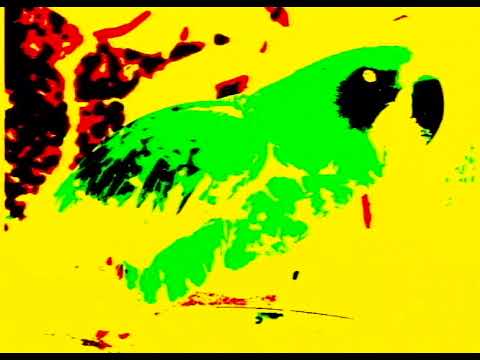 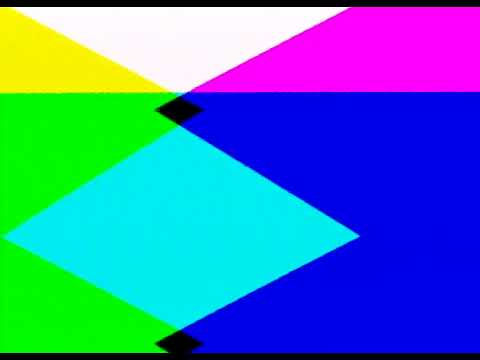 Lars articulates it far better than I could in this thread but let me know if anything isn’t obvious. These were just quick patches I threw together.

On the HKG examples, anytime that you see a primary color switch to a secondary color (Red → Cyan, Green → Magenta, Blue → Yellow), you’re seeing a positive key invert its position relative to the other two channels. In other words, Red NOT Green & Blue turns into Green & Blue (Cyan) NOT Red. Green NOT Red & Blue turns into Red & Blue (Magenta) NOT Green. Blue NOT Red & Green turns into Red & Green (Yellow) NOT Blue. Remember that a hard key generator is putting out logical levels of 0V or 1V roughly per pixel–there is no gradient.

Thanks! This definitely clarifies Lars’ excellent written description. I appreciate this greatly. However all it did is make me want to keep my 3 HKG’s and get an FKG3 at some point. Which is fun and exciting, but not good for my rack or wallet. I guess my kids don’t have to go to college.

I guess my kids don’t have to go to college.

Thanks so much! Definitely helped!

I too now want loads of keyers.