Connecting your sync generator to other modules

This is a guide to understanding video sync distribution in your modular video synth. Some video synthesis modules require connection to the timing references of the system generated by the system’s video sync generator. A sync generator module sends sync pulses to modules which require them.

There have been 2 standards for distribution of a sync signal in the history of the LZX video synthesis standard:

Modules that can generate sync include:

Modules which require connection to a sync generator include:

Modules which receive sync via the EuroRack CV/Gate connections on the power header:

5 Likes
Should there be a 14-pin sync header on Castle 010 Clock VCO?
How should I sync several Cadet IV VCOs
Lars Condensation Wiki (info by module & topic)
The LZX Patchable Video Standard, Companion Series
War Of The Ants animation and speed control don't seem to be working
Getting started with video synthesis
Compatibility of discontinued LZX visionary series with current orion and expedition lines
creatorlars pinned July 16, 2018, 11:52pm #2
337is July 20, 2018, 11:53am #3

Can you also talk a bit about the power bus sync which was used on Prismatic Ray and the Castle VCO prior to the move to RCA sync jacks on the back (at least for PR) in 2018?

Placing the Prismatic Ray on the same power buss as your sync source (Visual Cortex, Cadet Sync Generator, etc.) will provide sync to the Prismatic Ray via the buss connector. Admin note: This answer was provided by Phil Baljeu on the former LZX Knowledgebase

Is it possible to use the Visual cortex composite output #2 instead of the rear rca sync output to sync a memory palace. I tried but it doesn t work.
Will it work with the tbc2 ? i want to sync 2 cases with front rca input output sync.

You should be able to send one of the Visual Cortex front composite outputs to the rear RCA sync input on Memory Palace. Just make sure that the Palace is set to external sync.

Yes. but it doesn t work. same cable same input in mp. work with rear rca vc output, but not with the front composite output.

My VC is in pal.
when i connect it to MP via VC rear sync output, it syncs in pal. When i m using the VC front composite output to sync MP it syncs in NTSC. So it s scrolling. Weird no ?

If my understanding is correct, Video Waveform Generator can be added to the CV/Gate list. I’d also mention that the Vessel supports CV/Gate sharing between cases.

(with the caveat that both of those products are discontinued)

Is there any way to sync the Cadet Series video modules to the Vidiot without the Cadet I which is no longer available? Does anyone make an RCA to 14 pin sync module? Or does anyone have a Cadet I for sale? 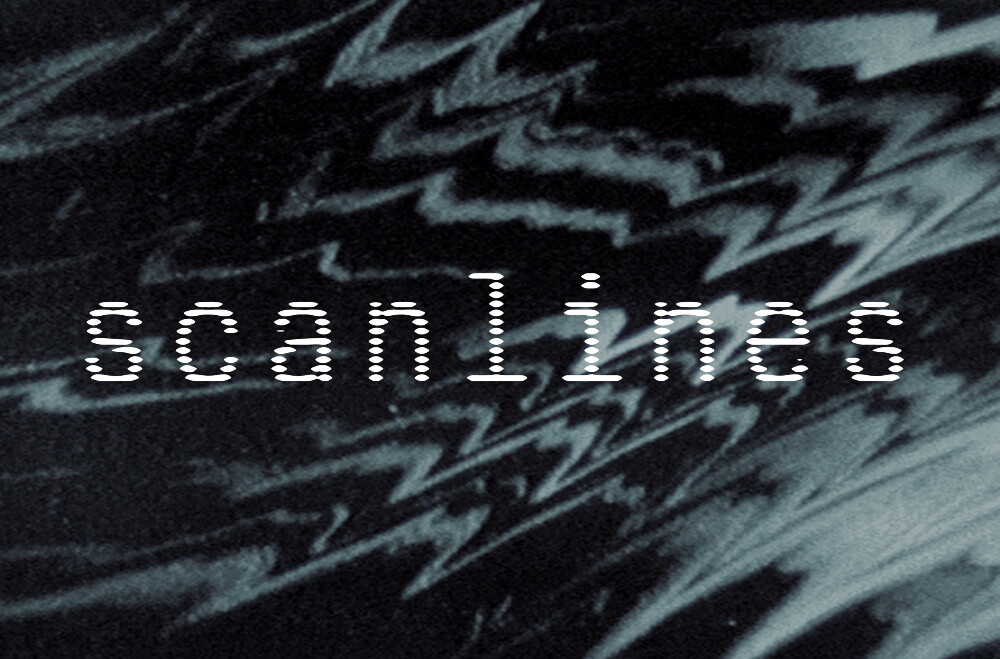 Occasionally I get people who want to start out in DIY eurorack video synthesis asking about my modules, and I have to let them know that right now their biggest challenge is finding a sync generator/extractor and an encoder. Now Syntonie’s VU007...

I was also wondering lately if TBC2 can distribute sync to another case through the RCA sync output to another module (like visual cortex, or chromagnon) through the video in, without the need for a distribution amp taking sync from the front to back panel. In other words, distributing sync through front panels of LZX options only.

You could make/buy a passive panel like this to take sync from front to back (or vice versa): 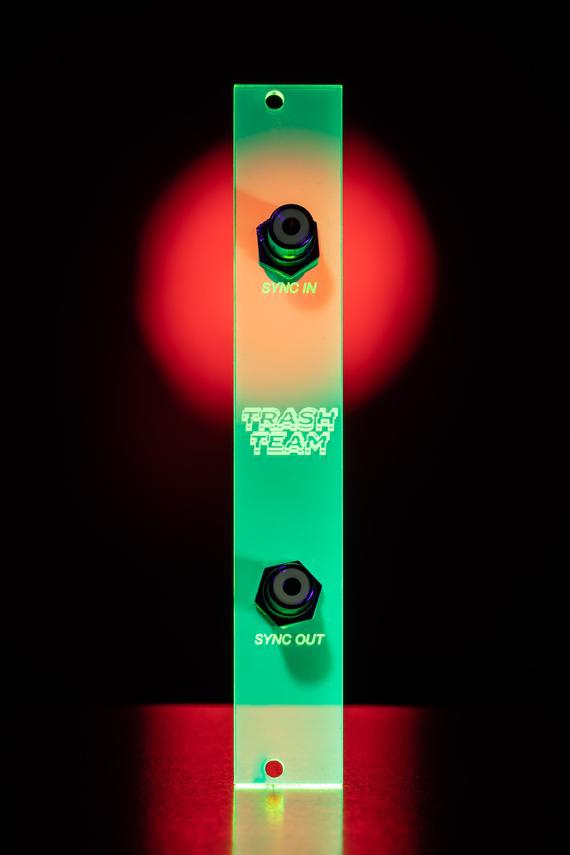 This passive module is an easy way to use RCA sync from one case to another in the LZX video environment. Includes two pass through RCA connectors. You can use them for sync in and sync out or really anything you want. 4hp panel, does not include...

Hey folks! I just got a visual cortex used from a friend, and I finally need to add sync rca connectors to my mantis cases to run sync between them. Rather than use a euro rack panel, I’d like to get parts and add them to the case. Can anyone recommend rca female to female parts for this use case that may have done something similar? Also can someone please remind me of the simple neon clear green euro rack sync panel someone put out. Worst case I could order that and use it’s parts. Thank …

See I’ve been looking into all the sync distribution options and I feel like having to use up hp for it is not ideal. Especially with so many new projects lined up, I’d like to leave as much space open as possible. The reason I think Visual Cortex would work in this instance is this mention of accepting sync in product descriptions on a couple websites.

Edit: So I read through the Visual Cortex documentation, and it looks like this would be a totally valid method of synchronizing between two racks. If TBC2 front panel sync out is linked to the Visual Cortex via the decoder, it should sync the two systems together. 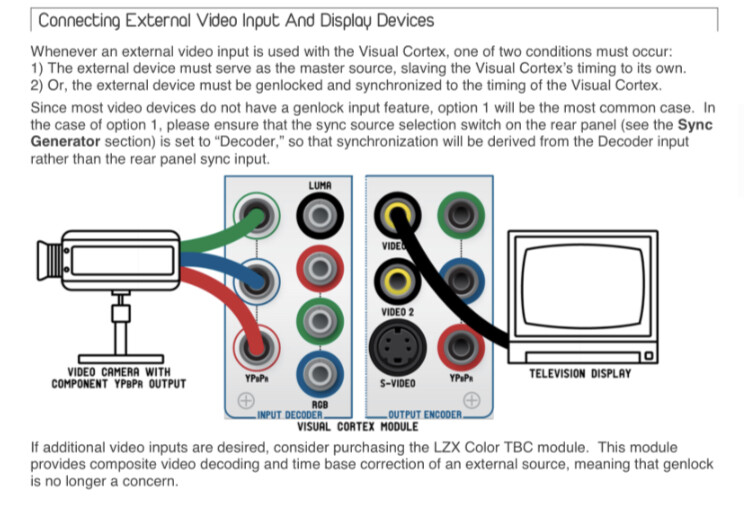 If you’re feeling adventurous, you can just drill a hole in your case and put a pass through RCA connector or two there. Has helped me with routing sync around cases, anyway.

You could also get a camera with sync in, sync that from TBC2, and then use that to input into Cortex.

That’s how I’ve gotten around the sync limitations of Vidiot, so I don’t lose an input dedicating it to sync.

On the other hand, I do wonder if it mightn’t just be easier to use one of the Cortex composite outputs to sync TBC2? As no one (but LZX) has one in their hands yet, hard to tell how much advantage there is to using TBC2 as master sync gen over Cortex.

I suppose it will just be up to testing when the modules are in our hands. Though reading the documentation makes me feel very likely that this will be a perfect way to distribute sync through two cases with TBC2 as master sync.

I think I might set up a test scenario tonight using mem pal as master sync and see if its sync out will work through the vc decoder in as a proof of concept.

With the rest of you, I’m awaiting the new crop of equipment. My rack is still mostly empty so I’m trying to learn as much as I can before my stuff is shipped.Rack

If I understand correctly, lzx sync is composite sync; but a color video signal will also work?

After perusing my collection of ancient video equipment, I see I have a broadcast-style black burst generator. I’m curious if there is any advantage to using this directly to each module rather than looping?

Yes, for all modules that accept an RCA sync input.

Yes, assuming the color video signal is an NTSC or PAL composite video signal. The genlock circuit includes a sync extractor so anything with appropriate sync embedded should work, like a green channel from an RGsB (sync-on-green) component feed or something.

This is probably a good sync generator and may produce a more reliable sync signal than some other equipment you might have. If it has multiple buffered outputs you can connect several downstream modules to each of them. Daisy chaining sync through several LZX modules is nice because you generally get buffering at each module can get buffering from certain modules, generally those which genlock / generate their own sync. But if you have a black burst generator with enough outputs or can pass the black burst to a distribution amplifier with enough outputs then this should work.

So composite sync means the actual video coming out of the Vidiot, for example, has the sync in it? Does that mean that all composite video sources can be synced with any expedition or Orion module without a Vidiot?

get buffering at each module

Oh, I didn’t realize that. I suspect that the benefit would be minimal then. I was assuming it was a passive loop through